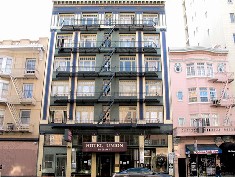 The San Francisco Chronicle ran an August 4 front-page story addressing what reporter Kevin Fagan argues is a major shortcoming in San Francisco’s supportive housing programs: the lack of counseling services “that might help them leave the housing, get off welfare and build better lives.” Fagan sees many supportive housing residents as still using drugs, hanging out on sidewalks, and pushing shopping carts. He notes that “only 5% of those who move inside ever leave the system.” Fagan raises important questions, but overlooks two critical facts. First, a significant percentage of supportive housing residents are legally disabled and are unable to secure jobs. Second, the typical age of a supportive housing tenant is over 40—the average age of a tenant in a Tenderloin Housing Clinic SRO is 53— whose lack of education, marketable skills, and work history (as well as past felony convictions) renders them virtually unemployable. This combination of residents determined by the government to be unemployable and those unable to secure jobs explains why few exit the system.

As Fagan notes, the city’s supportive housing programs are remarkably effective in their core function of stabilizing formerly homeless people in housing. But he overlooks how these SROs build community and even a sense of family among residents. Rather than being deemed “failures” because they do not “exit,” these longterm tenants are building positive lives for themselves and are improving their buildings and neighborhoods. Many are positive role models for civic engagement. But Chronicle stories routinely ignore the many tenants building better lives, preferring to portray the most troubled among the SRO population.

Kevin Fagan contacted me last September about doing a story on San Francisco’s supportive housing program. Fagan interviewed me last year, and I have no idea why the story did not appear until August 4—when people were on vacation or focused on the potential BART strike. Its timing reflects the decline in interest in homelessness over the past three decades, as public outrage over people living without homes has given way to resignation.

Fagan has written many strong pieces about homelessness over the years, and his new piece raises important issues. But his analysis of supportive housing reflects a misunderstanding of the population it serves, and he mistakenly identifies longterm SRO tenancies as a “failure” rather than success of the system.

Supportive housing is based on a simple concept: people are homeless because they lack housing they can afford, and some of these people need on-site “supportive” services to avoid returning to the streets. In New York City, where the Corporation for Supportive Housing first pushed this initiative, it was focused on people with mental health needs.

San Francisco’s hotel leasing program began with serving this population and then expanded first to welfare recipients in employment programs and then to tenants in all leased hotels.

But the entire city’s supportive housing stock, including SRO’s where tenants initially obtained residency through Care Not Cash, have a high percentage of residents who have been determined by the government to be unemployable (27% of the Tenderloin Housing Clinic’s tenants are on federal disability, and the overall total rises when the DPH-funded hotels are added). The total of disabled tenants rises further when you add those deemed “unemployable” by the city and who are awaiting SSI.

The continuation of these tenants in the same hotel does not mean, as Fagan suggests, that they are not “building better lives.” To the contrary, many are absolutely doing so. One need only observe the work of tenant organizers at the Central City SRO Collaborative to see what a positive difference these tenants are making not only for themselves, but in their buildings, their neighborhoods, and toward making San Francisco a better place to live for all.

Do hotels need more counselors? Absolutely. But they are primarily needed to stabilize the more troubled residents. And the biggest problem in the city’s supportive housing system is the lack of screening that places people in SROs when they lack the ability to live without a much more intensive level of services.

The city’s Board and Care rooms disappeared by the 1990’s, and today there are few residences for tenants who need a much higher level of services than provided in many supportive housing SRO’s. But the lack of alternatives leads these tenants to be placed anyway, which can cause problems with fellow tenants and for those managing these properties.

Creating exits from poverty is a problem that goes well beyond the supportive housing population. And while Fagan focuses on the absence of drug rehab, job training and mental health services on-site in SRO’s, these services are available off-site to those in these programs.

The real problem is the federal government’s virtual abandonment of efforts to help low-income people get jobs. And the free trade agreements, new technologies, disinvestment in education, and decline in union membership that have left many without college degrees unable to obtain jobs that lift them from poverty.

Fagan may believe that “little has changed” by the 9000 people who left homelessness for supportive housing, but he would find few among this population that would agree. I regularly talk to tenants whose lives have been positively transformed. While having a nice place to live does not solve all of their problems, it is vastly superior to living in shelters or on the streets.

Randy Shaw is Editor of BeyondChron It is published by the Tenderloin Housing Clinic, which for over thirty years has worked to preserve SROs and which leases and manages 16 as supportive housing.