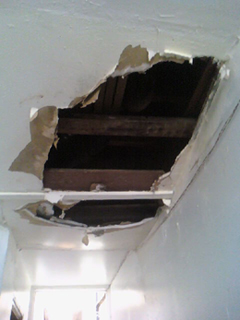 San Francisco tenants are the only California tenants who can track their Housing Code complaints on-line, a new Beyond Chron analysis has found.
The Building Inspection Commission has created an on-line system to track Housing Code complaints that is used by tenants and landlords alike.
“Online complaint tracking is extremely important, promoting transparency, accountability and habitable living conditions for tenants,” said Dean Preston, Executive Director of Tenants Together, a California statewide organization for renters’ rights. Prior to the BIC, San Francisco’s 400,000 tenants had no recourse when their complaints regarding substandard living conditions were ignored by both their landlords and the City’s code enforcement agency, the Bureau of Building Inspection. In the late nineties, the BIC created Complaint Tracking for DBI Housing Inspectors to better track their own cases through the code enforcement process. Ten years ago, the system went on-line, and is now available to any member of the public to view from their home, office or mobile device.

“The Building Inspection Commission in San Francisco has developed some very important tools for tenants in the City who need to ensure that their landlords do repairs and keep their buildings up to code,” according to Adam Gold of Causa Justa/Just Cause. “The online complaint system is a great resource for tenants to monitor the status of complaints.”

Tenth Anniversary Analysis finds only 4 in US

To mark the tenth anniversary of the BIC’s on-line Complaint Tracking System, Beyond Chron conducted an exhaustive search of California, and other major American cities. No other California city offers on-line service to its residents, when it comes to Complaint Tracking for Housing Code and habitability complaints to their code enforcement agencies. On-line Complaint Tracking is offered in only three other cities across these United States: Cincinnati, Seattle and New York. And the Building Inspection Commission came up with it first.

“San Francisco’s Building Inspection Commission has done a great service for tenants and the general public by leading the way in providing on-line access to this important information,” Preston said.

Responsible landlords and property managers also have high regard for the system. Beyond Chron came across many private companies offering complaint tracking for tenants issues to property management firms. One SF Apartment owner uses it religiously to check complaints on her own properties. “Let me put it this way,” she said, “if they took it away, I’d be royally pissed off.”

One needs only to look across the Bay to find tenants who have been on their own when it comes to substandard housing conditions. Oakland is a glaring example of the need for Complaint Tracking. Oakland tenants have not had access to effective Housing Code enforcement, and often have difficulty accessing information regarding the status of their complaints. In SF, a tenant files a complaint, an inspection is made, and if verified, a Notice of Violation is issued. If nothing gets fixed, then a formal hearing can be held, and a penalty and lien can be issued. This has not been the standard practice in Oakland, although a new reform effort has recently begun there.

“We have experienced San Francisco as being farther ahead of Oakland in protecting tenants’ rights when it comes to code enforcement,” Gold said. “Recently, exciting changes are being considered in Oakland, partly with the collaboration and support of San Francisco housing and health agencies.”

“We hope to see other cities follow this successful model,” Preston said.