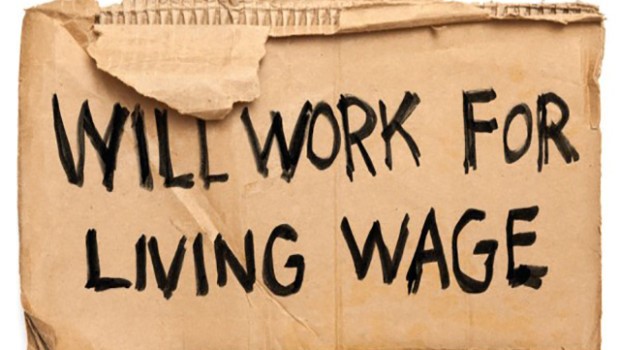 San Francisco prides itself on being a progressive city, but there is a major gap in this description when it comes to nonprofit workers paid by city contracts. This sphere has not seen the economic fairness San Francisco promotes, and is instead a case study for how contracting out city services to the private sector results in a two-tier workforce with city employees getting far more than nonprofit workers for performing similar services.

Now there is a chance that this economic imbalance can finally be addressed.

Thanks to a major push from the San Francisco Labor Council and various city unions, the Board of Supervisors will soon vote on a Minimum Compensation Ordinance (MCO) that would pay at least $16.86 to workers whose nonprofit employer has city contracts. This is significantly above the $15 minimum required as of July 1, 2019 for all city workers (the city’s current minimum is $14).

I know firsthand the importance of raising nonprofit salaries rise because I head an organization that has had difficulty hiring desk clerks and janitors for our master leased supportive housing SROS because we are paying 2014 wage rates for new hires. 2014 rates are not real attractive in San Francisco in 2018, and this has left us understaffed in these key positions.

I keep hearing that homelessness is a crisis in San Francisco. The city funding of nonprofit workers does not reflect this.

The three leading candidates for mayor all talk about increasing exits from shelters and Navigation Centers. But you cannot do that without attracting people to be janitors and desk clerks in these hotels. And it is hard to do that on wages under $16 per hour.

Labor is urging a $16.86 minimum because that is the wage level negotiated by airport workers. Critics of the MCO proposal note that airport workers wages are paid by the airport’s revenue, not by the city’s general fund.

There are two obstacles to getting nonprofit workers the raises they deserve (and the raises that enables groups like mine to attract new workers).

First, the Human Services Network, a coalition of nonprofit providers, opposes the legislation because it applies to workers not paid by city contracts. Debbi Lerman, who staffs the coalition, described the labor proposal as an “unfunded city mandate on nonprofit organizations literally overnight to raise wages with no plans on how to pay for it.”

I’m usually on Lerman’s side in these funding fights, but not this time. The “unfunded mandate” argument was the chief line of attack against the Americans for Disabilities Act, minimum wage hikes, and for health and environmental legislation. San Francisco constantly passes new regulations and requirements that impact small businesses, and the fact that the city is not funding compliance—hence the term “unfunded mandate” —-has not deterred the passage of such measures.

It sets a bad precedent for nonprofits operating programs with state, federal and privately raised funds to ask the city to pay workers not under a city contract. Any nonprofit that can prove that the MCO will “put them out of business”—as some testified at a hearing last week—should meet with supervisors to have their individual agency’s financial issues addressed.

The problem with including the universe of non-city funded nonprofit workers is that it makes the financing of the MCO infeasible at $44 million a year. As Supervisor Jeff Sheehy said at the hearing, the city-funded nonprofit workers have been willing to defer their rightful wage hikes for too long and should not be asked to delay further.

This brings up the second obstacle to city funded nonprofit workers getting a fair wage: where will the city get the funds?

Labor has noted that Prop C, the measure raising commercial gross receipts taxes to pay for childcare, would bring $19 million annually to fund the MCO. A possible cannabis tax in November would bring additional funds.

But Malia Cohen and then Jane Kim made the most important if politically risky point in comparing how we view wages for city-funded nonprofit workers with other city workers. Echoing Cohen, Kim stated at last week’s hearing, “We are not asking our police officers to go the ballot to find new revenue to raise their wages,” she said.

This is the point that I’ve made for years in these pages to little avail (See “SF’s Rigged Budget Process Hurts Nonprofit Workers,” July 24, 2014). San Francisco decided when homelessness and AIDS emerged in the 1980’s to primarily fund these services not through city staff by instead by city-funded nonprofit groups. This contracting out of services was universally supported by progressives because it meant that caring “community-based” groups would serve people in need rather than the stereotypical city “bureaucrat.”

Today, this contracting out approach as created a nonprofit workforce that top to bottom gets nowhere near the compensation of official city workers for doing similar work. And as long as the Board of Supervisors continues to raise wages more for city workers than nonprofit workers—-which is virtually always does—the economic gap grows.

Police and fire have great salaries and even better pension benefits. We need to put their compensation demands in the same pool as those for nonprofit workers, rather than cutting a deal that give them most of the pie while leaving crumbs for the nonprofits.

I’ve made it clear both to SEIU 1021 (which represents my organization’s workers) and to supervisors that $16 per hour rather than $16.86 would solve my group’s hiring problems and likely those of other nonprofits. Reducing the MCO to $16 (with airport workers still getting $16.86) is a far better result than nonprofit workers getting nothing because the $16.86 figure is deemed financially not viable.

Budget and Finance Chair Malia Cohen has proposed a phasing in of the wage hikes, which makes good sense. For groups hiring people now a jump to $15.50 on July 1 and then $16 in January would make a huge difference.

Labor unions, the Human Services Network and supervisors will be negotiating a resolution before the MCO returns to the Board in two weeks. The guiding message should be clear: San Francisco cannot continue to provide human services on the cheap.

Randy Shaw is Editor of Beyond Chron and Director of the Tenderloin Housing Clinic, which contracts with the city for homeless, legal and tenant services.