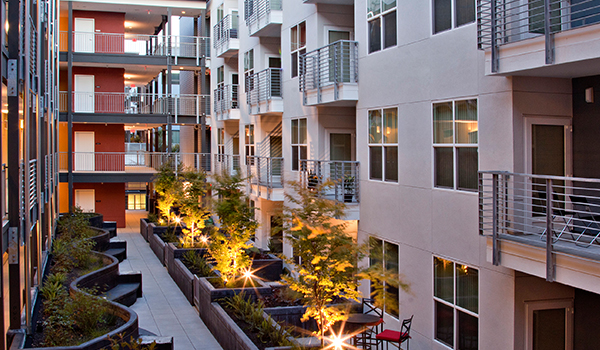 At its June 27 meeting, the San Francisco Board of Supervisors unanimously passed two critical pieces of housing affordability legislation. First, it cracked down on owner move in eviction scams by allowing nonprofit enforcement against wrongdoers.  Second, it passed the new inclusionary rules that the Board had agreed to earlier in June.

Add the unanimous passage of HOME-SF earlier this month, and you have three major measures to increase and preserve affordable housing in San Francisco. Quite a shift from a city a national cautionary tale for the perils of not building housing.

Does this mean that everything is rosy on San Francisco’s housing affordability front? Of course not. But passing these measures shows that the city’s elected officials understand the problem and are taking necessary actions.

The same cannot be said for Berkeley. San Francisco’s East Bay neighbor continues to embarrass itself by promoting an anti-housing agenda. A  City Council of self-proclaimed environmentalists selfishly promotes suburban sprawl and long commutes for working people— all while enriching its homeowner political base by artificially restricting housing supply.

While the media framed the OMI legislation around a conflict between Mark Farrell and Aaron Peskin, their dispute was a sideshow.

Supervisor Jeff Sheehy played the key role here. Sheehy, who’s District 8 has the most OMI evictions, has been on board with supporting tougher enforcement for weeks. Sheehy asked me to explain why the legislation, proposed by the San Francisco Tenants Union and other tenant groups, was needed. Once I did he immediately said it made sense. He not only wanted to support but also sponsor the nonprofit right of action amendment.

While Sheehy was on board he was still getting attacked on Facebook for opposing legislation he actually embraced. His leadership on the OMI legislation comes as a blow to those hoping to use a no vote against him in his November 2018 race against Rafael Mandelman.

As Farrell acknowledged at the Board meeting, Sheehy’s leadership on the nonprofit private right of action got Supervisors previously skittish over the measure to support it.

Credit Jeff Sheehy for the 11-0 vote.

Would the OMI measure have passed if Aaron Peskin were not on this Board? I doubt it. I say that because Peskin has a way of working with colleagues of differing views and getting tough legislation passed. In the OMI measure we not only had Peskin in a central role but Sheehy aide Bill Barnes, a true magician when it comes to passing legislation.

Since Peskin’s return to the Board the city has passed critical affordable housing, SRO preservation and tenant protection measures. He has played a central role in all.

Regardless of whether people agree with this legislation San Francisco is getting a lot more done to address its housing crisis since Peskin rejoined the Board. This is not to diminish the leadership of key figures like Mayor Lee, Katy Tang or Jane Kim; it’s that Peskin’s skill at getting things done makes his fellow politicians more effective.

On the same night of San Francisco’s OMI victory, Berkeley retreated to its failed anti-housing past. The Berkeley City Council ignored the pleas of housing experts such as Karen Chapple of the UC Berkeley Urban Displacement Project, environmental groups such as the Greenbelt Alliance along with ample public testimony and voted 8-0-1 to impose new housing development fees based on 2015 rather than 2017 cost data.

Why would the City Council raise fees based on a 2015 feasibility study?  Anyone familiar with rising construction costs since 2015 knows that such data is outdated.

The answer, of course, is that the Council does not care if using outdated numbers raises fees too high. The Council majority wants to bring housing construction to a halt. It sees raising fees as a way of doing so without leaving detectible fingerprints.

Nobody who wants to ensure housing continues to get built in Berkeley would oppose a feasibility study based on 2017 data.

Councilmember Lori Droste, a housing champion who opposed the motion, told me afterwards “I’m really sad for all of the people struggling with affordability. The speaker generational divide was notable. Many young people who are struggling to afford rent came out to urge Council to wait for a study before fee adoption.”

The Berkeley Council vote was about politicians playing to their base.

After the public firestorm unleashed by Mayor Arreguin’s downzoning proposal (which he was forced to withdraw), the Council’s anti-housing majority wanted to send a message that they would not let YIMBY groups like East Bay Forward intimidate them. It didn’t matter how many experts told them to update the feasibility analysis; the Council needed to pass higher fees to deliver for the anti-housing neighborhood groups that elected them.

The Council also sought to deflate the passions of the pro-housing millennials energized by their defeat of downzoning two weeks ago. Many millennials likely do feel dispirited by the Council’s Tuesday night vote. Some waited hours to speak and had to leave before the Council’s near midnight action; great work by the Council in stifling civic engagement among our younger generation.

But pro-housing activists should not feel deflated. As I argue in The Activist’s Handbook, activists who have done everything necessary to win should feel good about their effort regardless of the outcome.

YIMBY’s and their allies did everything they could to win over the Council. The core problem is they are not among the constituents that the Councilmembers see as their base.

Berkeley’s citywide electorate is pro-housing. Recent citywide ballot measures confirm this. District races are different. Since many Berkeley voters do not pay much attention to Council races, a narrower, anti-housing voter base has an outsized impact.

While efforts should continue to redirect current anti-housing Council members, Berkeley housing advocates will likely need at least one 2018 ballot measure to set the city on a strong pro-housing course.

It’s time for all Berkeley voters to make a clear choice: should the city continue to price out the working and middle-class, or should it build the housing necessary for an inclusive city?

I have confidence Berkeley voters will make the right decision in 2018.