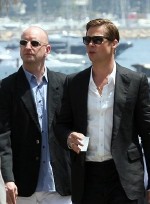 Hollywood has a long history of getting baseball wrong and, for that matter, getting life wrong. For example, can you remember a single significant anti-Vietnam War movie at a moment when such a big-screen statement might have had an impact on Middle America?

Now comes the talented, though often ponderously derivative, director Steven Soderbergh, who has begun production of an adaptation of Michael Lewis’s Moneyball, the bestseller about the building of the Billy Beane Oakland Athletics of the early 2000s.

I’m a fan, with the short-term manic-depressive judgment that goes along with it, so I cannot claim consistency in my views on Beane. Like most of us, I enjoyed the A’s run of excellence and I intermittently elevated that success to profundity, especially when they confronted the Yankees. But in my lucid moments I also identified this almost-near-dynasty’s failure to get over the top. In retrospect, Moneyball was never anything more than a stand-up act without a punch line. (See my Beyond Chron review from May 30, 2004.)

With the steroid era ending (Giambi, Tejada, Vallarde, and Cust are just a few of the A’s implicated in legal proceedings and the Mitchell Report), hitting is down, way down, and the A’s are worse than most — at this writing, last in the American League in home runs. And without home runs, they’re worse than not good; they are simultaneously not good and not interesting. Their roster is studded with aging, injury-prone sluggers whose whole game consists of taking lots of pitches because, as we all know, walks swell the old OPS (on-base percentage plus slugging percentage), the lingua franca of Moneyball.

The most exciting thing that happens at an A’s game is when Jack Cust takes a called third strike and complains that the pitch was actually an eighth of an inch off the plate.

And that’s the real problem with Moneyball — the Franchise-Building Gambit, the Book, and the Movie rolled into one. Moneyball inflates the tiniest sliver of gamesmanship into a romantic narrative, without any of the conventional elements of romance. Sure, Beane was, at least initially, somewhat plucky and innovative in the way he isolated a warp in the baseball marketplace, but is this something that, at the end of the day (or decade), he will want to brag about to his grandchildren? To extend Lewis’s metaphor, the A’s at their best were arbitragers, hedge-fund managers. They were enabled by the least defensible quirk of the sport of baseball at the major league level: its microscopic strike zone.

I love baseball, and I love needling soccer-fan family and friends with that game’s absurdities, including a scarcity of scoring that makes the act entirely too random, and such nonsensical wrinkles as “stoppage time.” But really, is there anything in any sport more ridiculous than the sight of elite batters crouching at the plate in unique stances to define ever-shrinking strike zones of ever-growing impact, all subject to the unique perceptions of umpires?

Moneyball has made baseball games drag on even longer and feature less athleticism, and it has rewarded idiosyncracies over genuine moxie. Today the gig is up. Only the empty legend of Beane endures, and he himself seems bored and distracted (perhaps, according to some reports, by the prospect of applying Moneyball principles to soccer!). The counter to Beane’s Moneyball was Chicago White Sox general manager Ken Williams, who also has presided over the second team in the market, and who won a World Series with a payroll comparable to that of the A’s. Williams seems to refute the entire thesis.

Yet — or, maybe, naturally — Steven Soderbergh and Brad Pitt have come along to build a celluloid monument to what is, bottom line, a fantasy inside a hype inside a myth.

As Yogi Berra once said when a Jew was elected mayor of Dublin, Ireland: “Only in America.”

Pre-order information on Irvin Muchnick’s forthcoming book, Chris & Nancy: The True Story of the Benoit Murder-Suicide and Pro Wrestling’s Cocktail of Death, is at http://benoitbook.com. Follow Irv at http://twitter.com/irvmuch.