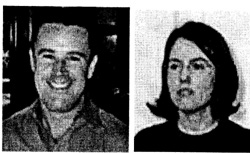 As a building full of families, seniors, and long-time tenants continue to fight for their homes at 1530 McAllister Street, Beyond Chron has discovered that the speculators working to displace these residents are also responsible for a series of evictions throughout District 5. San Francisco realtor Elba Borgen is leading the group responsible for purging five buildings of tenants in recent years, four of which are in District 5. Assisted in these evictions by real estate agents Mike Gallin and Laura Rogers, Borgen has shifted her focus to larger buildings, representing a growing threat to the tenants of the Western Addition, Lower Haight and Hayes Valley.

The fight over 1530 McAllister began last March, when every tenant in the building received eviction notices. The residents represent a cross-section of San Francisco, including a family of four with children 8 months and 4 and one half years old; a woman pregnant with a child due at approximately the time she and her husband are supposed to leave their home; an 89-year-old woman on social security with no immediate family to provide her with a place to stay should she be evicted; and an African-American senior who spent the last 25 years in his unit.

The tenants have fought hard to save their homes, and continue their battle to fight their eviction. Now, however, Beyond Chron has discovered they have not been the first to be displaced by those seeking to profit off of their building.

Elba Borgen, who works for Frank Howard Realtors, has played a central role in Ellis Act evictions at 1530 McAllister and the following sites:

Four of these five Ellis Act evictions resulted in the displacement of multiple tenants, and the same amount occurred in District 5, including buildings in Hayes Valley, the Western Addition, and the Lower Haight. Borgen’s partner at Frank Howard Realtors, Mike Gallin, signed off on every one of these evictions as well, with one exception – 1530 McAllister, which Laura Rogers co-signed.

Perhaps most disconcerting about the series of evictions is that it appears these speculators hope to increasingly target bigger buildings. 1530 McAllister represents their largest building yet, and represents a textbook example of the displacement occurring across the city due to the Ellis Act.

The owner hopes to empty the building of its primarily low-income tenants and resell the units as TICs, snagging a massive profit in the process. It remains to be seen if she will be successful.

District 5 Supervisor Ross Mirkarimi is carefully monitoring the situation, and has voiced strong support the tenants.

“Ms. Borgen and property owners like her should be dissuaded as much as possible, whether through grassroots opposition or legislative mechanisms, from exercising the wrongful and harmful Ellis Act eviction process,” said Mirkarimi. “I am outraged…it’s important that we organize and send a loud message that this will not be acceptable.”