Secretary of State Race Could Get Wild 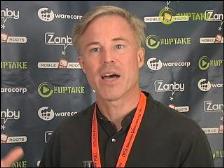 The Secretary of State gig will be turning over this year, and there will be change. Lots of it. No matter which of the six announced candidates wins in November, the change from Debra Bowen will be stark. But as one of the two heavily contested races this year, I thought it would be worth a review of the current crop of candidates before the Democratic convention in LA this weekend. The race for the endorsement at this point seems to be Sen. Alex Padilla or a no endorsement position, but, of course, everything could change down at the CADem Convention. So, on to the candidates.

Derek Cressman is not a household name, but under the auspices of Common Cause, he’s done a lot of work on California campaign finance and other voter related reform. I’ve had the chance to work with him on a couple of occasions, and have always been impressed with the depth of his knowledge on the issues the SoS will face. From approving voting machines, to improving access and participation rates, and campaign finance regulations, I can attest that few people in California are as qualified for the job. And as far as I can tell, few people have anything negative to say about him.

All that being said, elections aren’t always about qualifications. Cressman will need to continue to fundraise and then do everything he can to increase his name ID. He may get a bump if he is able to get a good ballot title, but clearly his vote total is limited by this recognition question. If he’s able to squeak into the general election, all bets are off. His profile and qualifications would be very formidable in a two man race.

Curtis faces the same name recognition issues as Cressman without the long history in public policy around SoS-type issues. That being said, he clearly cares about the issues, with a special interest in using the power of the office in environmental issues. You can view his platform here.

Curtis has previously run for Governor in Nevada in 2010 and been active on other Green Party campaigns.

Alex Padilla brings a lot of innate advantages into the race for SecState. First, he is known as being a very bright guy around the capital, with a firm grasp on the issues. He is the only Latino in a crowded field; that alone may be enough to get him through to the general election. But if he does get there, he’ll need to rely on a record that has only recently begun to be focused on the issues relevant to the office. While Padilla does bring a wealth of experience in local and legislative politics, only a handful of bills are relevant to the office. However, he does have some notable legislative accomplishments, including championing the Earthquake Early Warning System, a driverless car bill, and the bill for an LA NFL stadium.

On the other hand, Padilla is a bit more divisive than Cressman. The recent story about the lavish fundraisers thrown by Kevin Sloat won’t help a campaign for an office that handles elections, especially for a politician that has a bit of a track record with campaign finance violations. All that being said, Padilla is leading the cash on hand race. At the very least, he seems a favorite for one of the two November spots.

Peterson’s biggest advantage is something that he has no control over: he is the lone Republican. If another labeled Republican drops into the race, his position becomes a lot more difficult. That being said, Peterson is going to be as conservative as you could possibly elect in California statewide at this point. He has a record of working in bipartisan good government work, and the Davenport Institute, while at a conservative university, isn’t overtly conservative.

However, he is attempting to consolidate the conservative vote. He’s written a few articles for Flash Report that won’t hurt his cause there. The June Republican vote will be relatively strong. If he is able to get 80%+ percent of the GOP vote, he’d be pretty tough to dislodge from one of those two November spots. However, come November, that Republican tag becomes more of a liability than an asset.

First, let’s be clear about something: Dan Schnur is a Republican. He worked as Gov. Pete Wilson’s press director for five years, and then worked on John McCain’s 2000 campaign. Now, he’s always professed to be a moderate, and the McCain2000 work could back that up. However, his lack of party preference is more about wanting to draw votes from both Democrats and Republicans. It is an astute political move. Two Republicans in the race could very well mean no Republicans in the general election.

But his bio is stronger than Peterson’s with his brief tenure at the FPPC and very public appearances on the behalf of government reform. And as Joe Matthews points out, he’s the media’s candidate. He’ll need to use all of those media connections in the next three and a half months to increase name ID. Despite the rising number of decline to state voters, by definition those voters don’t stick together. He has no real base of support, but will instead have to hope voters can embrace the “outsider” schtick from a former political consultant.

Yee, having recently lost in his bid for San Francisco Mayor, has been building a strong resume for the office. Most notably, his online voter registration bill has made voting a lot easier and got a lot of good press for the senator and the state in general. More than a million voters have now registered to vote using the system. And over the past few years, he has built a long list of bills relevant to the job. He is seemingly following the steps that Debra Bowen took in her last few years in the Senate, and he is certainly a strong resume for this particular position.

On the other hand, Yee will also be carrying that state legislator ballot label and will have to hope that there is a strong turnout in the Asian-American community. That being said, he does have a complicated relationship with the community here in San Francisco, finishing a disappointing fifth place after taking some knocks in the press over a mixed record. He has built up a nice war chest, second only to Padilla, and could be a formidable candidate if the chips fall right. High Democratic turnout and/or weak Republican turnout could make this a two-Dem race, and you have to think that Yee would be in the best place to capitalize on that.

This piece first appeared in Calitics.com