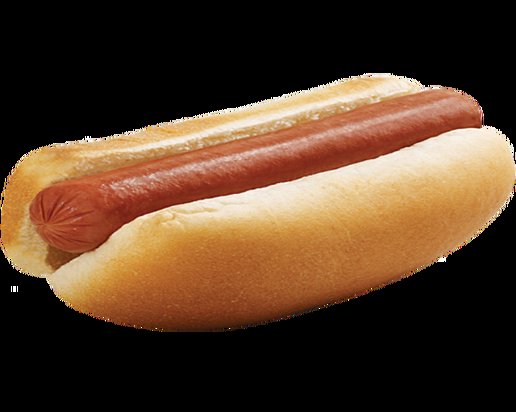 A grim story in the news this past week – at a Phoenix elementary school, a 7 year old died after choking on a corn dog in his school lunch. As horrifying as this event must have been for the children and school staff who witnessed it, and as devastating as it surely is to the child’s family, the question is not “How could this happen?”, but rather “How often does this happen?”

This tragedy is far from an isolated incident. In February 2012, an 8 year old choked to death on a hot dog in a Pittsburgh area school cafeteria. In 2006, a 9 year old boy in Indiana also choked to death on a school hot dog; a kindergarten student suffered a similar fate in York (PA) in 2005, and another 9 year old died the same was in Georgia in 2004. So did an 11-year old in Florida in 2000, and a 9 year old in New York in 1996. In every case, trained school staff tried to dislodge the hot dog using the Heimlich maneuver, but were unsuccessful.

In 2010, the American Academy of Pediatrics issued a policy statement calling for stronger measures (like warning labels and product redesign) to help prevent children from choking on common foods like hot dogs, which alone account for 17% of food-related asphyxiations.

The lead author of the policy, Gary Smith, MD, DrPH, director of the Center for Injury Research and Policy at Nationwide Children’s Hospital, and a Professor of Pediatrics at The Ohio State University College of Medicine, said at the time, “If you were to take the best engineers in the world and try to design the perfect plug for a child’s airway, it would be a hot dog. I’m a pediatric emergency doctor, and to try to get them out once they’re wedged in, it’s almost impossible.”

Hot dogs are at or near the top of any list of foods on which children are most likely to choke; parents of toddlers are frequently advised to either avoid hot dogs entirely, or else cut them both lengthwise and crosswise into small pieces before serving. But as these recurrent tragedies show, it is not just toddlers who are at risk.

Obviously schools are not going to serve chopped up hot dogs, but why are they serving them at all?

It’s not like a hot dog, even a “healthy” one, is a vital source of nutrients kids can’t get elsewhere. In fact, the very nature of a hot dog, being made from ground-up scraps that would be considered unacceptable if served in their original state, encourages the use of questionable parts of animals, as well as fillers of indeterminate nutritional value.

No, the reason why so many schools still prominently feature hot dogs and corn dogs on their menus, is that they are cheap, and kids love them.

For example, school lunch participation declined in San Francisco public schools during 2013-14, as compared to the spring semester of the previous year, even though the same high quality lunches from Revolution Foods were being served during both time periods. It wasn’t until one lone day in November 2013, a full three months after school began last year, that the number of SFUSD students eating lunch reached 23,000 (the previous spring, more than 23,000 SFUSD students were eating school lunch daily.) What was on the menu on that isolated, high-volume day? You guessed it – hot dogs! That’s probably why hot dogs are featured on the SFUSD elementary school lunch menu three times in the first 5 weeks of the current school year.

Hot dogs, and their batter-covered cousins corn dogs, are the very embodiment of the “carnival food” that used to be so typical of school lunch at the time when the media first discovered the childhood obesity crisis, and sought to place blame on school food.

However, in the past few years, thanks to the Healthy Hunger Free Kids Act of 2010, the nutritional quality of school lunches has vastly improved, with more whole grains, fresh fruits and vegetables required. Many schools are swapping out the old menu favorites of hot dogs and chicken nuggets for more adventurous – and healthier – fare, like sweet-potato crusted fish with pineapple salsa. Maybe it’s time school cafeterias said goodbye to hot dogs once and for all?

It is not unheard of for school lunch programs to ban food that is considered to be too dangerous. States like Colorado and California passed legislation to keep artery-clogging trans fats, linked to increased risk of heart attack and stroke, out of schools even before the Healthy Hunger Free Kids Act banned all but naturally-occurring trans fat (in meat and milk) from schools nationwide.

It has been decades since SFUSD schools served peanut butter or other products known to contain peanuts, in an effort to protect children with peanut allergy, which can be life-threatening. This, despite the fact that peanut butter is a kid favorite, hugely popular, inexpensive, and would make a welcome change from the otherwise cheese-soaked school offerings for vegetarian students. SFUSD determined long ago that it was just not worth taking a chance on students’ lives.

Like life-threatening peanut allergy, death from choking on a school lunch hot dog may only occur infrequently, leading some to fret that concern about “killer hot dogs” is unwarranted. They claim such concern only leads to overprotective parents, or lawsuit-averse schools, trying in vain to remove all risk from childhood via the “Big Brother” incursions of warning labels or redesign of risky food. I can just hear the “food freedom” folks squawking already at the mere suggestion that children’s lives might be more important than “your right to grow, raise, produce, buy, sell, share, cook, eat and drink the foods you want.”

Still, it’s hard to make the case that the occasional death of a child is a fair price to pay for sparing us all from more government intervention. It may only be a few kids, but for a food with so little nutritional value, how many child deaths represent acceptable losses?