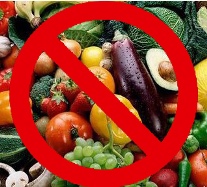 The School Nutrition Association has released its 2014 position paper on federal child nutrition programs, and it’s a doozey. The SNA, with over 55,000 members nationwide, bills itself as “the only professional association dedicated solely to the support and well being of school nutrition professionals and to advancing good nutrition for all children.” These are the people running school lunch programs feeding over 31 million kids a day, which is why it is so disappointing to see that some of the SNA positions for 2014 are not really “advancing good nutrition for all children.”

The SNA is fresh off a victory in getting the US Department of Agriculture, which oversees school meals, to permanently remove the limits on grain and meat imposed by the 2010 Healthy Hunger Free Kids Act (HHFKA). That’s a position for which SNA advocated a year ago in its 2013 legislative issue paper. Now the organization has set its sights on getting the USDA to back off from requiring students to take servings of fruit or vegetables with their school meals, and on preventing implementation of regulations that would, as of July 1st, require all grains to meet “whole grain-rich criteria“.

Apparently SNA prefers that cafeterias continue to be allowed to serve highly processed, refined grains like white bread, white rice, and white pasta half the time, even though the Harvard School of Public Health reports that “a growing body of research shows that returning to whole grains and other less-processed sources of carbohydrates and cutting back on refined grains improves health in myriad ways.”

How do whole grains contribute to good health? The American Heart Association says whole grains are a good source of dietary fiber that helps reduce blood cholesterol levels and may lower risk of heart disease. Whole grains are also rich in essential nutrients, including B vitamins to help regulate metabolism; folate to help form red blood cells; iron, which carries oxygen in the blood; magnesium for building bones and releasing energy from muscles; and selenium for a healthy immune system.

For all these reasons, the HHFKA mandated the phasing in of “whole grain-rich” grains, which by the way are not exactly 100% whole grains; in fact, whole grain-rich grains must simply contain whole grains as the primary ingredient by weight. As USDA regulations say, “Whole grain-rich products must contain at least 50-percent whole-grains and the remaining grain, if any, must be enriched.”

Since the science is so clear that whole grains are better nutritionally than refined grains, why does the SNA support more refined grains? Simple – that’s what most students are used to eating, it’s what they like, and cafeteria managers want to serve food that kids are happy to eat.

It’s the same thing with the fruits and vegetables – lunch ladies often report that students are dumping their mandatory servings of produce into the trash uneaten, so the SNA wants to have the requirement that students must take a fruit or vegetable serving dropped.

What does science say about eating produce? The Harvard School of Public Health says,”It’s hard to argue with the health benefits of a diet rich in vegetables and fruits: Lower blood pressure; reduced risk of heart disease, stroke, and probably some cancers; lower risk of eye and digestive problems; and a mellowing effect on blood sugar that can help keep appetite in check.” The Centers for Disease Control and Prevention (CDC) confirms that “fruits and vegetables provide essential vitamins and minerals, fiber, and other substances that are important for good health.”

Understandably, the nutrition directors of the SNA are concerned about wasted food, and its financial impact on their programs, which are not supposed to run in the red (although many do, including San Francisco Unified’s, which ran a $2.5 million deficit last year and may hit $3 million this year.)

But there are lots of ways to encourage kids to eat their fruit and veggies.

Researchers at Cornell University found that students prefer fruit that has been cut up rather than left whole, and that putting names like “X-ray vision carrots” on displays of vegetables results in kids eating far more of them. Other research has shown that offering children small rewards for eating fruit and vegetables at school works too.

A study from the Economic Research Service arm of the USDA found that just making more fruit and vegetables available in school cafeterias led to black and Hispanic students, students from Spanish-speaking households, younger students and females all eating more of these healthy foods. The same study found that kids ate more fruits and vegetables at schools which did not also offer competing “a la carte” choices.

If the SNA were really concerned with “advancing good nutrition” for kids, wouldn’t they be more focused on promoting these kinds of strategies to their 55,000 members, and less eager to just dump the mandatory fruit and veg requirement into the trash bin?

Still another policy called for by SNA would extend the comment period on the “Smart Snacks in Schools” standards which, for the first time ever, will (beginning July 1st) impose some regulations on “competitive foods” sold at school outside of federal meal programs, including at a la carte snack bars, vending machines, and student stores. For too long, this area has been a vast wasteland tempting students to squander their lunch money on low nutrition choices like chips, sugary drinks, and other unhealthy foods.

The USDA already received 250,000 comments during the 2013 comment period prior to finalizing the new regulations, including extensive comments from the SNA, so why do they think that even more public comment is needed?

Maybe it is because more public comment would give SNA’s patrons – some of whom are major food companies like Coca-Cola, Pepsico, Kraft, and ConAgra – more time to lobby for weakening the regulations and allowing more junk food to continue to be sold to children at school.

Still, not every recommendation in the 2014 policy paper is wrong headed. SNA is also calling for the USDA and the US Department of Education to work cooperatively to ensure that students have sufficient time to eat and enjoy their school meals This is a huge issue – with some students getting as little as 10 minutes of actual eating time for lunch – and one for which SNA’s legislative clout could be well applied to benefit students across the country.

Likewise, SNA is calling on the USDA to examine and report on the issue of unpaid meal charges by students, which can cost some school meal programs like San Francisco’s hundreds of thousands of dollars (even millions in large districts like NYC) each year, and to implement regulations to address that mounting debt.

I support the USDA’s decision to remove the limits on grains and meat, in part because those limits made it impossible for cafeterias to offer a daily sandwich as an easy, healthy option for students who didn’t like the hot lunch.

But SNA is headed down the wrong path in trying to cut the amount of healthy whole grains and produce in school meals, or trying to weaken proposed regulations on competitive snack foods. Those actions are not in the best interests of kids’ nutrition.

Writing about school food for the past decade has given me the opportunity to talk with many student nutrition directors across the country, and one and all they are hardworking individuals who care very much about kids and their health. No one becomes a student nutrition director to get rich; the positions are not particularly well-paid, and the challenges of the job are enormous.

SNA members must feed hungry kids, pay staff, and maintain cafeterias on a budget of about $3 per lunch (which is what the government provides to cover all costs of a “free” meal), at the same time complying with a myriad of regulations and coping with an ever growing volume of paperwork. These folks are truly the unsung heroes of our schools.

More likely, SNA is supporting these policies because they are looking at the Big Picture – not just at what would provide the most nutritious meal, but also at what would allow the entire school meal program to stay afloat financially. The SNA may believe that, in order to ensure that a sufficient number of students will choose school lunch each day, they must be allowed to serve meals that kids have shown they want to eat.

Cafeterias sell competitive foods not because SNA members are out to ruin kids’ health with snacks of questionable value, but because a $3 per free lunch payment from the government is not, in many cases, enough to cover the costs of putting that meal on the table, and more revenue has to come from somewhere.

Some school districts, like SFUSD, allow their nutrition departments to run a deficit and cover it with money from the general fund, but other districts don’t, and their nutrition directors have to find a way to make the school breakfast and lunch programs pay for themselves. Sometimes that way is selling PopTarts or Rice Krispie bars to kids with money to pay for them.

But wouldn’t it be better all around for additional funds to come from the government in the form of higher payments for free meals? Schools complying with the HHFKA standards are entitled to receive an extra 6 cents per lunch, but clearly that’s not enough. School nutrition directors shouldn’t feel pressured to cut back on higher-cost healthy food just to balance their budget.

Every day, some students show up in the lunch line not qualified for free meals, but with no money in their school lunch account. Then the decision must be made – should the student be allowed to “charge” the cost of the meal, knowing that many of these charges never get repaid by the families, or should the child be given a bowl of cereal or a cheese sandwich (the dreaded “meal of shame”) or even sent away hungry?

According to a PowerPoint presentation from the SNA’s 2013 Legislative Action Conference, called “The Perpetual Problem of Unpaid Meal Charges”, the USDA says student nutrition programs are under no obligation to feed children whose parents will not pay. The SNA presentation counters that with a slide of an endearing (and possibly hungry) child and one simple word: “REALLY?”

I’ve never yet met an SNA member who was comfortable with letting a child go hungry, and for that they are to be applauded. But now their organization is crusading to reduce the availability of healthful whole grains, fruits and vegetables in kids’ school meals. To quote the SNA, “REALLY?”