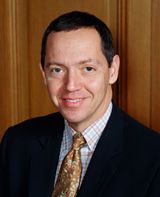 The Land Use Committee holds a hearing tomorrow on streamlining the condominium conversion process in San Francisco. But the subject of the hearing reveals a fundamental misunderstanding among conservative Supervisors about this process. The problem is not that the process is too slow, but that it’s too fast. Permits to convert get illegally issued to applicants who evicted multiple people, and the city makes no independent investigation of converter’s claims regarding tenants. These illegal permits can be traced to a lack of oversight of the conversion process, making reform essential.

In order to qualify for condominium conversion, whereby owners of a building convert their units from rental housing to ownership housing, applicants must claim the building to be free of tenants. In addition, Section 1386 of the Subdivision Code states that if owners evicted tenants – especially senior and disabled people – for the purpose of preparing the building for conversion, the permit to convert should be denied.

Owners apply for permits by submitting a form where they state whether or not tenants currently live in the building they want to convert or if tenants were evicted before the application was submitted. Yet the Department of Public Works (DPW), which oversees the conversion process, does not check the units to make sure the applicant is being honest. This lack of oversight often leads to situations in which buildings get approved for conversion when legally they should not be.

“There’s definitely instances where blatantly fraudulent representations are made on applications for condominium conversions,” said Dean Preston, a tenants’ rights lawyer at the Tenderloin Housing Clinic.

In addition, DPW often does not turn down applications even if multiple evictions or the eviction of seniors or disabled people preceded the application for conversion.

“It’s something that DPW simply does not do,” said Ted Gullickson of the San Francisco Tenants Union. “If they would have done it last year, almost two-thirds of the winners of the 2005 condo lottery would be erased.”

This represents a staggering number of condominium conversions allowed by the city due to a broken permit process. Examples of this include 348 Scott Street, where four tenants were evicted specifically for the purpose of eviction, but the site was still granted the ability to convert. Owners also evicted tenants living in a three unit building on 510-514 Elizabeth Street in 1998, another site later approved for condo conversion.

Perhaps the most high profile eviction case in recent memory, the eviction of Lola McKay and her neighbors from 55 Alvarado Street, can also be cited as an example of DPW’s lack of oversight. Many believe McKay died because of her eviction, yet city officials recently approved her former home to be converted to condominiums.

A few years ago, an owner of a fire-damaged apartment building told the city on his condo application that no tenants lived on the premises, and that none had lived there in the preceding five years. The city only later learned that tenants had been waiting to return to the premises after repairs to their property were made, and that the owner and the city never informed them of the condo conversion application.

The city could have asked the owner for tax records to confirm there was no income derived from the building during the preceding five years, but lacked the staff to do so. Such rudimentary verification techniques get ignored while the word of the converters is taken at face value.

The blame does not lie with DPW. It’s an understaffed organization that simply does not possess the time or funding to go out and check every conversion application.

But speeding up the conversion process will certainly not solve the problem – in fact, it will make it worse. Before any discussion over granting permits faster occurs, funds should be allocated to ensure DPW is performing its designated job adequately.

Despite all this, Supervisors Bevan Dufty, Sean Elsbernd, Michela Alioto-Pier, and Fiona Ma are now working on ways to speed up the process anyway. Their efforts could lead to even more conversion applications approved that should not be. This in turn could lead to far more unfair evictions of tenants, particularly low-income tenants without sufficient access to legal representation and seniors and disabled tenants whose rights aren’t assured by DPW.

Ultimately, the Board of Supervisors should be working to slow down the conversion process and make it work properly before they do anything else.