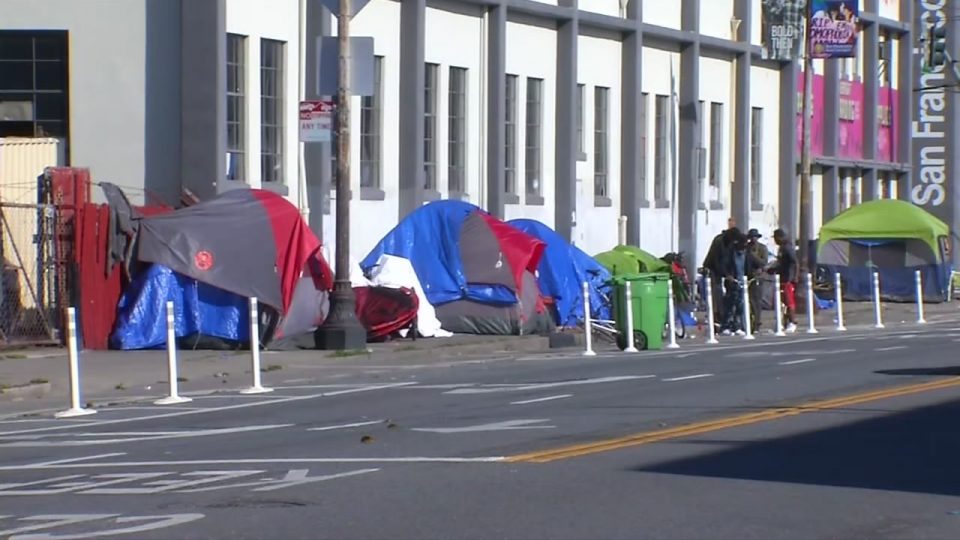 “We have to be clear that for the folks that are not interested in one of our options, that we really don’t have a place for them in San Francisco,” Mandelman said.

Should San Francisco add over 2000 shelter beds? Would this reduce encampments and homelessness across the city?

Last week Supervisor Rafael Mandelman introduced an ordinance requiring San Francisco to offer all people experiencing homelessness a safe place to sleep. The Department of Homelessness and Supportive Housing estimates this means adding at least 2,000 shelter beds. Other supervisors are  supporting the plan.

Mandelman’s press release notes, “The waiting line for permanent housing cannot be the streets, sidewalks, and other outdoor spaces of our neighborhoods. This is inhumane, irrational, and it must end.”

I agree. There are just two big problems:

First,  San Francisco has never been willing to deny camping citywide to those who refuse shelter. The city has never prevented tent dwellers who refuse shelter or housing from locating somewhere in the city. Or returning to their former tent site as soon as the next day. Absence such enforcement, adding 2000 shelter beds will not meaningfully reduce encampments.

Second, spending tens of millions of dollars to add shelters does not reduce homelessness. It instead institutionalizes 2000 more people in the city with no permanent place to live and creates pressure to expand shelters even further for new arrivals to the city.

Homeless advocates have advocated for the “right to camp” since Art Agnos was mayor. I describe in The Activist’s Handbook how the Coalition on Homelessness fought for the right for people to camp in Civic Center Park even after Agnos offered space in a new multiservice center to all park dwellers.

Think adding 2000 shelter beds will change this? No way.

When Supervisor Mandelman speaks about not having a place in San Francisco for people who refuse shelter, it defies the city’s history. No mayor has ordered the arrest of every tent dweller refusing shelter. Such action would cause public outrage. San Franciscans do not want the police arresting campers, many of whom have substance abuse and/or mental health problems.

Mayor Breed was unwilling to implement her promised police crackdown on Tenderloin drug dealers. Does anyone believe she would order the police to arrest tent dwellers and open herself to being accused of  “criminalizing the poor.”?

San Franciscans complain a lot about widespread visible homelessness. But San Francisco voters do not support arresting the unhoused.

That’s why adding 2000 shelter beds will not end encampments. Or demands that people have the “right” to live in tents because 1. Shelters are claimed to be unsafe 2. Shelters don’t fit the individual’s needs 3. Individuals are prevented from bringing dogs and other pets into shelters.

San Francisco routinely disrupts encampments. But the public has not had the political will to prevent encampments from re-emerging in the same or other locations. The idea that those who have long favored tents (some need tents for drug dealing) will pack up and move to shelters is an expensive fantasy.

The 9th circuit court ruling in Martin v. Boise does not require shelter expansion.  That decision properly prevents cities from arresting the unhoused when neither housing nor shelter space is available. But San Francisco has ample vacancies in its permanent supportive housing supply. And that supply is steadily increasing. The city does not need to expand its shelter system to have the legal basis for removing campers.

I strongly back the Housing First policy. It recognizes that people in shelters are still homeless while those in housing are not. I’ve rebutted many false attacks on Housing First and realize that many are wedded to the false idea that housing people must be a slower and more costly process than keeping them homeless in shelters.

It costs more to shelter people than house them. Housing First opponents keep pointing to the over $800,000 per unit cost for new homeless housing in Los Angeles without recognizing that the vast majority of unhoused live in long existing buildings. New construction must be part of the solution, and modular construction can sharply bring down per unit costs. But one need only look at California’s Project Homekey to see that the vast majority of unhoused are not living in housing that costs anywhere near $800,000 per unit.

Moving a camper into shelter is faster than housing. But San Francisco has far more vacant permanent supportive housing rooms than people living in tents. One reason for the excess vacancies is the city’s ongoing reliance on a coordinated entry system that fails the unhoused population. HSH is still working to overcome the program’s problems. But beyond placement delays outreach workers to tent dwellers often find their offers of housing or shelter refused.

San Francisco’s unhoused don’t have to wait years for housing. They can move into available housing in existing sites. And the city’s number of permanent supportive housing sites can steadily grow through ongoing funding from Prop C.

Some may not be able to overcome the hurdles to get into housing. Some may not like the neighborhood where the housing is located. Some leaving SIP hotels do not want to pay rent for available housing—-so should the city open shelters for them so they can sleep in the city for free?

San Francisco’s additional 2000 shelter beds will quickly be occupied by either those already in the city or new arrivals. We will then be back to where we started, after invested tens of millions of dollars on a strategy that neither reduced camping or homelessness.

What is the Goal?

I understand why local elected officials feel they have to “do something” in response to constituent concerns. But throwing more money into an expensive shelter system won’t address constituent concerns because it won’t reduce camping or homelessness.

San Francisco has wisely prioritized permanent and transitional housing. Until the federal government provides the necessary resources to end the nation’s affordability housing crisis, cities are left to provide the most homes to the unhoused that they can.