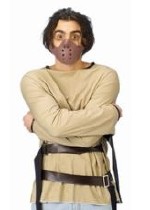 The Board of Supervisors voted 8-3 last night to pass an emergency ordinance – laying the groundwork for a June special election to raise revenue. San Francisco faces a $576 million deficit for the next fiscal year, which will mean dramatic cuts if the City fails to get new revenue by June 30th. We can spend ages debating what got us into this mess, but the real story here is that right-wing state laws make San Francisco virtually powerless to get out of this hole. It’s not because the City Charter mandates a balanced budget. It’s that Prop 13 and Prop 218 require local taxes to get voter approval. So when San Francisco gets in such a fiscal crisis, we are reduced to placing revenue measures on the ballot – and hope that a super-majority of the electorate will vote to raise taxes. Rather than dally with celebrities in France and Switzerland, Mayor Gavin Newsom should be coming home to make the June election a success. And as he runs for statewide office, Newsom should use this opportunity to tout structural budget reform to give cities more flexibility.

Yesterday’s Board meeting was painful to watch – as the City’s most vulnerable residents and their service providers testified for four hours, pleading to have their programs saved. But the Supervisors couldn’t stop the Mayor’s mid-year cuts if they wanted to; as Bevan Dufty said, they can’t compel the Executive Branch to spend appropriated money. An ordinance to de-appropriate $8.8 million of the Mayor’s budget wouldn’t solve the $576 million crisis – “it’s chump change,” said Ross Mirkarimi.

At his December presentation to the Supervisors, Mayor Newsom said the City’s fiscal crisis can only be resolved with “new revenues and various efficiencies.” Of course, everyone knows that the latter is code word for “cuts” – and that’s what we’ve had so far. But as Newsom travels to Davos, Switzerland for the World Economic Forum (and admires the TGV in Paris), the Mayor has been vague about getting “new revenues.” He says we should put such measures on the November 2009 ballot, ignoring the fact that big cuts will start hurting July 1st.

Now the Supervisors are considering a June 2nd special election to pass various revenue measures – including (a) raising the sales tax, (b) upping the payroll tax, (c) residential utility users tax, (d) commercial utility users tax, (e) a new parcel tax, (f) a new gross receipts tax, and (g) a surcharge on the parking tax. A Controller’s Report shows that such proposals would cut $174 million out of the deficit. But this assumes that two-thirds of the electorate will vote to pass all seven of these proposals, a tall order for even liberal San Francisco. As I wrote before, progressives don’t have a good track record when it comes to passing these things.

Which brings up the sheer inflexibility that San Francisco (and other cities in California) face when confronted with the largest fiscal crisis since the Great Depression. We can’t just borrow money like the feds and the state can, because the City Charter mandates a balanced budget. Cities get most of their revenue from property taxes – but as long as Prop 13 treats residential and commercial properties alike, downtown office buildings will continue to under-pay what San Francisco needs to fund schools and infrastructure.

New revenue? The Mayor and Board of Supervisors can’t just vote to raise local taxes. Prop 13 required most local taxes to get a super-majority to pass. But while progressives love to complain about the notorious Prop 13 and its legacy, California also passed Prop 218 in November 1996 with little fanfare – which goes even further by extending the voter super-majority requirement to special purpose taxes (like the hotel tax), and a two-thirds vote of property owners to pass an assessment district.

What we have is a right-wing straitjacket that a generation of California propositions have imposed on San Francisco’s budget – fiscal realities the City itself cannot resolve on its own. All we can do in the short term is to put our best feet forward, hammer tax measures that are both politically feasible and will raise enough revenue, schedule a June 2nd special election and assemble the kind of coalition that will achieve the daunting task of a two-thirds majority. The Board will vote next week on specific budget proposals for the ballot – including three additional measures introduced at last night’s meeting.

It will be a tough fight, although SEIU Local 1021 has done some polling that shows San Franciscans would rather raise taxes than slash services. But I can’t help being infuriated during this process at how difficult it is to raise revenue – due to structural efforts placed by right-wing zealots who intentionally sought to starve the public sector into irrelevance.

Other publications have criticized Mayor Newsom for being AWOL on the local budget crisis – as he travels to Europe while the Supervisors craft solutions for the June ballot. But everyone knows Newsom has “checked out” of San Francisco politics, and would rather focus on his gubernatorial bid. So why isn’t he talking about statewide structural budget reform? Shouldn’t the Mayor take this opportunity (and his bully pulpit) to call for repealing Prop 218? Exempt commercial properties from Prop 13? Newsom should use the local budget crisis as a clarion call to undo the California budget straitjacket.

While attending the Netroots Nation Conference last July, Mayor Newsom agreed that California should scrap its two-thirds requirement to pass the state budget – calling it a “tyranny of the minority” (as Republicans in the state legislature successfully hold the budget hostage every year – simply because they can.) With the San Francisco budget crisis, Newsom should call for efforts to scrap the two-thirds voter requirement to raise local taxes. It’s the kind of leadership that will give him a lasting legacy.