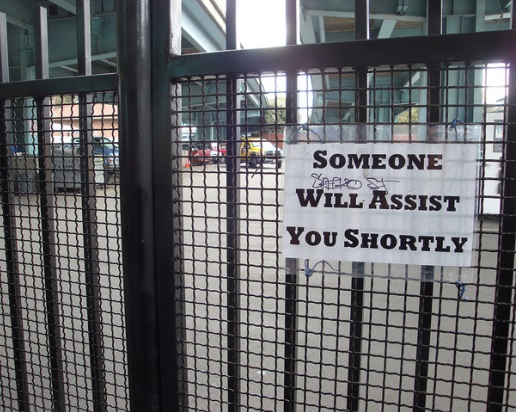 As San Franciscans left town for a summer vacation, many returned home to a surprise: their car had been towed for violating a little-known local law prohibiting parking on the same block for more than 72 hours. And they have to come up with at least $500, and often over $1000, to get their car back.

No signs are posted alerting drivers to this law. And while the law applies to everyone, most homeowners have private garages while tens of thousands of car-owning tenants have to regularly scramble for spaces on the street.

Section 7.2.29 of the San Francisco Transportation Code sets forth the 72 hour limit. It give the city and private towing companies the power to impose steep fees against the primarily working and middle-class tenants who cannot afford a garage. The city provides no free lot for such tenants to park their cars while out of the city. And the warning notice provided on the windshield after 72 hours is irrelevant if the tenant is out of town.

The city’s punishment of vacationing tenants with cars is steep. In fact, if you left your car on a street and then innocently gone away for a week’s vacation, chances are you will come back owing over $1000.00 to the Auto Return towing company who provides towing services for San Francisco.

If you do not have a spare $1000—-and tens of thousands of San Francisco car owners do not—you’re out of luck. Charges are added daily, so tenants are actually better off borrowing from a loan shark or payday lender if they cannot come up with the money to get their car back.

True, the 72- hour law and other violations triggering costly towing fees apply equally to everyone. But low-income San Franciscans are the overwhelming victims.

As Anatole France put it a century ago, “The law, in its majestic equality, forbids the rich as well as the poor to sleep under bridges, to beg in the streets, and to steal bread.”

How are San Franciscans supposed to know about Section 7.2.29 of the San Francisco Transportation Code? The city is full of signs alerting people to one thing or another, but if there is a sign anywhere about the 72-hour law I could not find anyone who has ever seen it.

I guess the city expects San Franciscans to simply know about the obscure law intuitively. But it’s hard to intuit that you can’t park for more than 72 hours in a city with thousands of more car-owning tenants than there are garage spots.

The Mayor and Board of Supervisors should require some posting on streets, or at least some public information campaign, about the 72- hour law. Such a measure would likely garner unanimous political support.

The city and its towing company also profit from misleading drivers through mixed messages. On Fell Street in the Civic Center area there is a No Parking/Tow Zone 3pm-6pm sign posted. But if you put money in the meter to park until 4pm, the meter authorizes the parking even though it extends into the towaway period.

Why are meters in such areas misleading drivers  into thinking they can park until 4pm instead of rejecting payment after 3pm? People should pay attention to the signs, but they also have the right to assume that the meter is aware of the parking laws.

In this case, the fee for parking in the Fell Street tow zone (plus the $103 ticket) was $525 even though the owner picked up the car within an hour of it being towed.

You don’t see many white people or those in suits at the city towing contractor’s office on Bryant Street. Instead, the crowd is primarily made up of working-class people of color. These are the San Franciscans least likely to be able to afford private garages, and who are being subjected to a steep regressive tax in the form of exorbitant towing fees.

San Francisco talks a lot about preserving its working and middle class. Adding an unexpected $1000 or more to people’s vacation bill for the “crime” of parking on a residential street for a week certainly does not advance that goal.

San Francisco contracts with Auto Return for its towing services. According to its website:

“When we founded AutoReturn in 2002, the municipal towing industry was plagued with problems — long tow wait times, vehicle damage, property loss, low levels of reporting and accountability, conflicts of interest, and plenty of unhappy customers.

We saw a better way.”

I can see why San Francisco and other cities love Auto Return. San Francisco gets $263 every time a car is towed plus $93 for the towing ticket. This brings the city $356.00 per car towed (Auto Return gets $220 plus daily storage fees of roughly $66). If your car is towed while you are on vacation and is in storage for over 72 hours, a DMV lien fee of $70-100 is also added to the bill.

This payment schedule guarantees a minimum penalty of $556.00 for any car towed in San Francisco. Yes, neither rich nor poor can sleep under bridges, and both are subject to the same financial penalties if their cars are towed.

Auto Return does give victims a free taxi voucher to its lot near the Cow Palace if its not at their Bryant Street headquarters. It’s the least they could do.