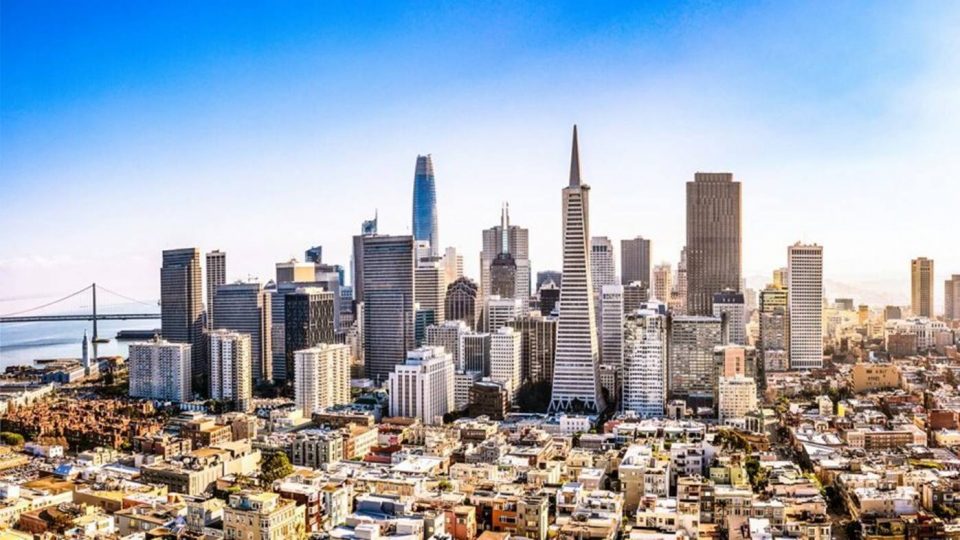 Many seem convinced: San Francisco faces a troubling future. The evidence? We are told:

*people are relocating from cities to suburbs;

*the city’s public transit is in decline;

*a sharp decline in sales tax revenue means people are leaving the city for good;

*tax increases are driving the city’s revenue sources away;

I could add other claims but the dominant media frame is clear: San Francisco’s best days are behind us and the city faces a less promising future.

My disagreement does not dispute that San Francisco had problems before the pandemic that still remain. The city can and should do better in many areas.

SF Worships its Past

The doom and gloom scenarios about San Francisco should remind us that the city has a long tradition of falsely enshrining its past. Herb Caen, long the city’s leading chronicler, used to satirize this perspective.

I learned a lot about San Francisco’s past when recovering the Tenderloin’s lost history for my book on the Tenderloin and planned exhibits for the Tenderloin Museum.  The city was so racist that through the 1950’s Blacks were basically barred not only from living east of Van Ness Avenue but from even coming into the then prosperous Tenderloin. San Francisco homeowners tried to bar legendary Giants star Willie Mays from buying a house in a white neighborhood—and made him feel very unwelcome. The city responded to the lesbian and gay influx after World War II by having police officers invade bars to beat up customers—a practice that continued into the 1980’s.

San Francisco voters approved the demolition of the historic Fox Theater on Market Street. And the massive displacement of low-income people and Black residents caused by the city’s Redevelopment Agency had solid political support.

Today’s San Francisco’s is far more progressive and humane. It remains a cultural hub. It has remained sufficiently desirable that despite a roughly 30% drop in rents during COVID it remains the nation’s most expensive rental market. Median home prices remain around $1.7 million.

Claims that millennials and tech workers will move to the suburbs if allowed to work at home defy  housing patterns over the past fifty years. Virtually all of the downsides of city life that now get talked about have been with us for decades—and people of all ages still flock to San Francisco and other cities.

In fact, as I argue in Generation Priced Out: Who Gets to Live in the New Urban America, the chief reason San Francisco has so many workers living outside the city is that they have been priced out by the city’s failed housing strategies. It’s not because the city is an undesirable place to live.

Since the late 1990’s dot com boom we’ve seen tech workers choosing longer commutes and higher housing costs to live in San Francisco instead of nearby and far more affordable Daly City, Pacifica or Burlingame. COVID 19 has not changed this.

COVID has temporarily made San Francisco less attractive because its cultural advantages—theater, music, entertainment, indoor dining—are on hold. But all will eventually return. And the tourist industry—which 2020 shows really drives the San Francisco economy– will also rebound once a vaccine is widely distributed.

San Francisco will also benefit from a pro-city presidential administration and congress. I know many fear talking about a Democratic wave election on Nov. 3 but if it happens—and polls show it’s likely—-a major stimulus bill could pass in late January. And Speaker Pelosi says it will be retroactive. This will almost immediately boost the economic fortunes of San Francisco and other cities and provide transit systems with desperately needed funds to expand service.

I even remain bullish on the Tenderloin’s future. This despite a terrible 2020 for the neighborhood. The Tenderloin cannot fully revive until indoor dining and other indoor activities can fully resume.

The Tenderloin may be San Francisco’s most hard-hit neighborhood in terms of job loss from COVID. Tenderloin apartment buildings were filled with workers in the restaurant and hospitality industry. Many of those who lost their jobs likely left the city, leaving a neighborhood with the least visible social distancing in San Francisco.

The Tenderloin’s apartment stock is primarily studios. Studios are the most vulnerable housing type for those who prefer moving back in with their parents or with friends while working from home.

Revisiting my January 7, 2020 story, “A Tenderloin Breakthrough in 2020?,” most of the new building and restaurant openings I wrote about were delayed solely due to COVID. But the pandemic has not stopped the Tenderloin from continuing to attract top quality restaurants. And thanks to Rene Colorado, the Tenderloin Merchants and Property Owners Association, and many others, outdoor dining in Little Saigon and along Golden Gate Ave. is keeping existing restaurants afloat.

The Tenderloin’s future is also strong because Mid-Market’s progress has kept track. IKEA bought the long vacant 6X6 site and three of the fourt major Mid-Market projects—1028 Market and 950-974 Market along with the final stage of the new Trinity Plaza—won’t be completed until at least mid-2021. Mid-Market’s future is bright and that has always been good news for the adjacent Tenderloin.

Like New York City, which is also subject to negative predictions about its future, San Francisco will bounce back. And I predict that the city’s mood will get a lot more positive well before a COVID-19 vaccine; better feelings will begin on the night of November 3 as election results in the presidential race come in.