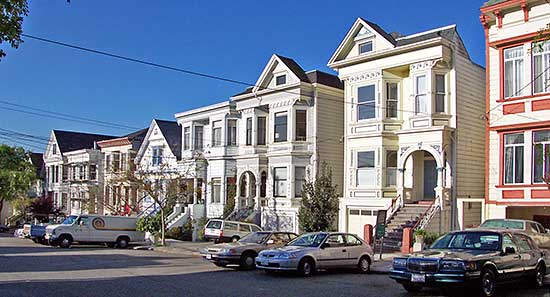 The May 21 front-page NY Times story on New York City’s housing crisis highlights how the city has been outpaced by San Francisco in protecting tenants since the latter adopted rent control in 1979. While protections for NYC tenants have steadily weakened and even disappeared since the 1990’s, San Francisco’s rent control and eviction protection laws have expanded and strengthened.

Why did New York City and San Francisco go in two different directions? I see three main reasons, all of which are a function of political power and will.

New York City rent control is under control of the state legislature, which is bad news for tenants.  It is bad news because the “blue” state of New York has long had a working Republican State Senate majority even when most members are Democrats. The current Governor Andrew Cuomo uses this working Republican majority to justify not addressing New York City’s housing crisis.

We saw in 2014 and 2015 what would happen in California if local rent control laws were subject to state control. San Francisco could not even get a 2/3 Democratic-controlled state legislature to pass a bill stopping speculators from evicting longtime senior tenants (the Ellis Act reform bill).  And while a state ballot measure is challenging the legislature’s 1995 preemption of local vacancy control laws via the Costa-Hawkins Act, no leading Democratic candidate for Governor supports repeal (or even suggested any parts of the law that should be repealed).

California has proven political quicksand for tenants, and Democrats are fully in charge. It’s a tribute to New York State’s Tenants & Neighbors, Housing Justice for All, NY Communities for Change, the Crown Heights Tenants Union and other groups that the situation for New York City tenants is not even worse.

New York City tenants also lack the power to use local ballot measures to strengthen rent controls and eviction protections. In contrast, tenants in San Francisco and other California cities rely on voter approval of such measures.

The lack of a ballot initiative option in New York City puts all power in the hands of legislators. This group is notoriously untrustworthy on votes impacting real estate profits.

San Francisco tenant groups spent the 1980’s trying to win legislative support for vacancy control and increased tenant protections, and ended up with little to show for it. It was not until tenants finally defeated landlords at the ballot box in 1992 that the doors opened to strong reforms.

I discuss how San Francisco tenants surprised the skeptics by winning 1992’s historic Proposition H—“for relief of rental pain”— in The Activist’s Handbook. Landlords had a perfect record of defeating San Francisco tenant measures prior to 1992; they have rarely won since.

In 1994, around the time New York City’s rent regulations were being gutted at the state level, San Francisco voters expanded rent control to owner-occupied buildings of 4 units or less. This exemption was a chief cause of tenant displacement. It created a financial incentive for owners to use owner move in evictions to occupy a unit in a four unit building, which decontrolled the other units six months later. Longterm, below-market paying tenants were then evicted.

Ted Gullicksen figured that after we won in 1992 that tenants should try to end the owner move in exemption in the November 1994 election. We never had any support on the Board for eliminating the exemption, so he was right that we had nothing to lose. In another surprise to the political establishment, voters passed Prop I, ending the exemption.

On that same November 1994 ballot I authored a charter amendment (Prop G) to create a new Department of Building Inspection. Its passage created a housing inspection team that would never allow the abuses to tenants portrayed in the May 21 NY Times article, nor those commonly felt by tenants in many cities.

To give an example of the importance of the new DBI, soon after it emerged it addressed a problem of build/design firms effectively displacing tenants by unsafely performing legally required seismic retrofits. As tenants were subjected to the type of unhealthy construction conditions apparently commonplace in New York City, the new DBI Commission intervened and imposed a new set of mandated construction practices. This largely solved the problem.

The new DBI also funds tenant groups to do code enforcement. Getting an inspector to come to the building and issue a Notice of Violation is not the struggle it is in many cities

Nearly all the major expansions of tenants’ rights in San Francisco have come via ballot initiative. Yet New York City tenants lack this critical tool.

I knew about the renovation scam portrayed in the Times article to get tenants out. My upcoming book, Generation Priced Out, has a section on Crown Heights, a neighborhood facing gentrification where this tactic is commonplace.

When I was talking to Crown Heights tenants  I was shocked at what New York City was allowing to happen. Since I passed the bar and the Tenderloin Housing Clinic became a law office in 1982, we have never allowed a tenant we represented to be involuntarily displaced for renovation.

The  illegal construction and renovation used to displace tenants in New York City are 100% caused by city government’s failure to enforce laws and give tenants the tools to stop these renovations in the first place. That Mayor de Blasio, elected claiming to be a tenants’ ally,  allows this is shocking.

First, thanks to a law I got former Supervisor Nancy Walker to pass in the 1980’s, a notice of application to apply for renovation permits must be posted outside buildings of over four units. This gives notice to the tenants inside of their right to appeal these building permits, a critical requirement since a tenant has only 15 days to file their appeal.

Filing the appeal holds up the permit until it can be heard at the Board of Appeal. This gives tenants time to organize turnout and testimony for the hearing. In the 1980’s I would be down at the Board of Appeal regularly as landlords increasingly saw renovations as a good displacement strategy.

We would ask the Board to condition the approval of permits on not displacing the tenants. Where we could not get the four votes necessary to do that, we had a backup strategy: we would tell the landlord to go ahead and evict and we will ask a jury to allow the tenants to stay.

At 1405 Van Ness we had multiple hearings on renovation permits and were unable to stop them at the Board. We told the owner’s attorney that we intended to litigate them through the eviction process. The owner would have to spend tens of thousands of dollars on an eviction jury trial, with their best case scenario being the right to temporarily displace the tenants while work proceeded. Their worst case scenario was that the tenants would win the right to stay in their homes while work proceeded, which would mean the landlord spent a lot of money for nothing.

Not surprisingly, the owner did the work with the tenants’ on site.

New York City tenants suffer under state control and the lack of local ballot measures, but everything San Francisco does to protect rent controlled tenants facing renovation related displacement could be enacted in New York City and other cities.

As with so many other causes of the urban housing crisis, it comes down to a question of political will. Cynthia Nixon‘s primary challenge to Governor Cuomo in September is pressuring the incumbent to deliver for tenants before then, while Mayor de Blasio has to be embarrassed by the front-page Times indictment of his failure to protect vulnerable residents.

I have no doubt that the activists long pushing for expanding tenant rights in New York City will do whatever possible to seize the current opportunities.

Randy Shaw is Editor of Beyond Chron. His upcoming book, Generation Priced Out, will be out in October from UC Press.