San Francisco Needs the Radical Power of Commissions: Yes on Prop B 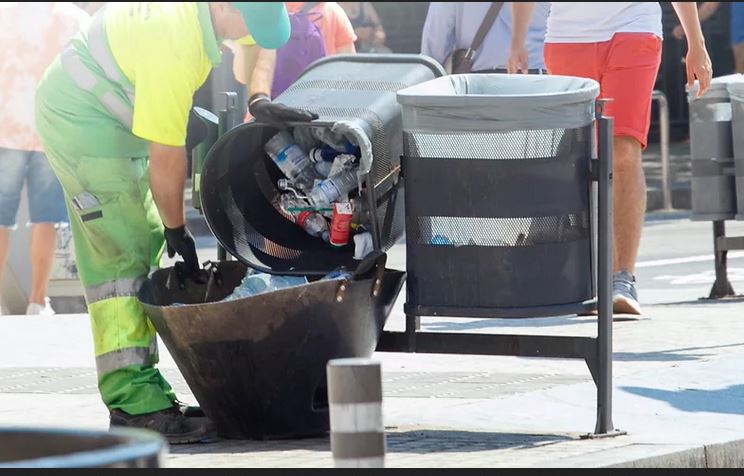 San Francisco’s Prop B creates a new Department of Sanitation and Streets overseen by a commission. It is not without opposition. For example,  SPUR argues that “past experience in San Francisco has shown that public commissions do not prevent corrupt officials from exploiting their positions and do not necessarily result in more streamlined operations.” Livable City agrees, claiming “Creating a department overseen by an appointed commission is no guarantee that it will function properly; the City’s Department of Building Inspection, created by a similar ballot measure in 1994, has remained mired in scandal and dysfunction.”

I strongly disagree with these arguments.  The claim of ongoing dysfunction at the DBI is especially wrong; as the author of the 1994 ballot measure (Prop G) that created the DBI I am particularly proud of the almost revolutionary benefits it has brought for hundreds of thousands of San Francisco tenants.

Support for Prop B grew after former DPW Director Mohammed Nuru’s corruption scandal exposed the department’s lack of public accountability. For me, the lack of public oversight over such a vast city department was always a problem. I saw it firsthand with the city’s former Bureau of Building Inspection (BBI).

I spent from 1982-1993 unsuccessfully trying to get BBI to enforce city housing codes. Despite constant local news stories about heatless apartments and  national publicity over DBI’s failures nothing ever changed. I decided the only hope was creating a public commission to oversee a new Department of Building Inspection. Joined by my ally the Residential Builders Association (RBA), we collected the necessary signatures to place a charter amendment on the November 1994 ballot to create such a commission.

I learned from the fierce opposition to our initiative (Prop G) that a lot of people gave lip service to improving living conditions for low-income and working people but ultimately preferred to keep this large city agency unaccountable to the public. I see the same dynamic with those complaining about dirty sidewalks and streets yet opposing the best solution, Prop B.

Since the DBI Commission began in 1995, housing code enforcement in San Francisco has gone from being terrible to becoming a national model. It has truly been a revolutionary change. Hundreds of thousands of tenants no longer have to live in heatless SROs or apartments, or accept other substandard living conditions.

Since 1995, landlords who fail to make repairs within the required time face immediate penalties. And the city recovers the money for these penalties through a lien procedure adopted by the Commission.

The Commission also adopted a Code Enforcement Outreach Program (CEOP) that gets landlords and tenant groups identifying violations and collaboratively working to get repairs made. It also ensured the city vigorously enforced the Residential Hotel Conversion Ordinance, a key strategy for preserving affordable housing.

Check out the arguments in favor and opposed to Prop G. I can’t think of a single ballot measure in San Francisco history that did more to improve tenants’ lives.

Critics of the DBI Commission typically ignore its vast successes in housing code enforcement and tenant protections and instead focus on its handling of building permits. Attacks on DBI’s alleged “favoritism” have been driven by the RBA’s political opponents. Because the RBA strongly backed progressive Matt Gonzalez in his 2003 mayor’s race, Mayor Newsom retaliated by repeatedly attacking DBI. I wrote about these misguided attacks in April 2004, soon after Beyond Chron began

Because the DBI Commission has designated seats for actual users (including architects, structural engineers) builders, a system was soon created to expedite the notoriously slow permit process. Those in the building industry found the Commission a huge improvement. Those opposed to new construction, including the many homeowners eager to stop new housing, complained about the faster process; they preferred the slower process of the pre-Commission days. There were also homeowners whose inadequate renovation plans caused delays in permit approvals; they blamed DBI rather than their own incompetence.

Newsom’s attacks on DBI led to a Board of Supervisors  hearing on alleged “favoritism” granted permit expediters.  Not a single member of the public testified that they witnessed any such thing. It turned out that those quoted in media stories claimed that they had “heard a lot about” such preferential treatment but had not personally experienced it. When the Board of Supervisors hearing ended the claims of DBI favoritism were left in the dust. Mayor Newsom soon developed a cooperative relationship with DBI.

You can’t have a large institution, public or private, where no employee violates the law. If you compare DBI’s performance and integrity with other city agencies over the past 25 years it compares quite well.

Yes on B is Obvious Choice

I agree with SPUR that commissions do not guarantee a highly functioning department. All democratic institutions run a risk of the public backing dysfunction, as our federal government shows. What Prop B does guarantee is that the public will have a forum to raise concerns about streets and sidewalks—and  this is far more likely to improve public accountability than the current closed system.

If anyone tries to tell you that commissions don’t make a difference, ask them why denying public input is better. I encourage all concerned with safer and cleaner streets to support San Francisco’s Prop B.