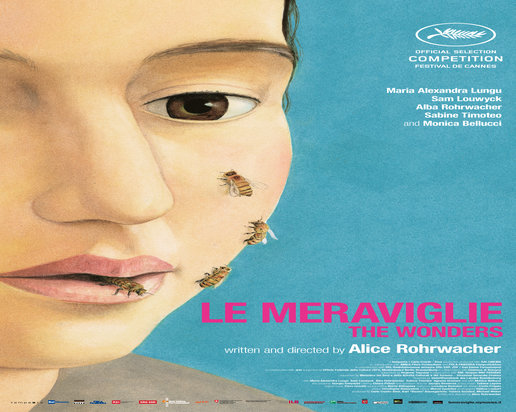 J.P. Sniadecki begins his must-see documentary “The Iron Ministry” with several minutes of black screen.  Sounds of metal screeching on metal suggest a rail trip of some sort.  Unsubtitled images of passengers on a Chinese bullet train fill the screen for several more minutes.  These devices acclimate the viewer to the world of this Chinese high-speed rail train.

The documentary doesn’t directly explain why the train is referred to as the titular ministry.  However, given the levels of comfort and service given to the train’s various classes of passengers, the parallels to a government ministry couldn’t be clearer.

Sniadecki’s camera is fascinated by both train passengers and the train surroundings they’ve blinded themselves to.  A passenger sleeps curled up above a bathroom sink.  Accumulated garbage swept into one area creates a makeshift dump, not an example of neatness.  Balanced against these images of mundane reality are other startling images. A line of farmers carrying yokes of oranges or meat implicitly turns the train car they board into a real-life clown car.  The sequence in the first-class compartment suggests space and cleanliness is a privileged luxury.

It’s when a little boy’s satirical version of a train safety warning message occurs that the viewer truly starts getting immersed in the lives of the passengers.  A discussion about Osama bin Laden and Islam feels more mature than simplistic Western Islamophobia.  Dreams of a better life clash with the realities of aging.

Fittingly, “The Iron Ministry”’s final moments echo the film’s beginning.  Sniadecki trusts the viewer is intelligent enough to not need the virtues of a journey over a destination spelled out.

After getting past a framing device starting in 2015 New York City, the story proper takes the viewer to China’s chaotic period following World War II’s end.  Captain 203’s group of 30 People’s Liberation Army (PLA) soldiers have been ordered to take down the bandit gang of Lord Hawk (an unrecognizable Tony Leung Ka-Fai).  But Hawk’s gang is 1,000 men strong and situated in the high walled and incredibly armed Tiger Mountain fortress.  Captain 203’s only hope is political officer Yang’s dangerous plan to infiltrate Hawk’s gang to obtain information which can bring about the bandits’ downfall.  The spy, though, faces constant threats of discovery.

Tsui’s film has little interest in providing partisan puffery.  The viewer cheers on the film’s PLA soldiers for their individual bravery and ingenuity, not their political affiliation.   Neither the Chinese Communists (the political group represented by the PLA) nor their KMT opponents come off favorably.  The KMT allies itself with the bandits in a realpolitik move to weaken the PLA.   Captain 203’s superiors treat his troops as expendable assets.  Their survival means elimination of the bandit threat; their destruction means minimal losses to PLA strength.

These political realities provide subtext to an amazing action film.  Tsui is still a master at blending image and musical cue for maximum dramatic effect (e.g. the CGI tiger attack).  Even flying bullets and exploding grenades never feel like gratuitous 3-D moment inserts.  The film’s major action sequences, such as the early machine shop shootout and the Leather Creek assault, stand as some of the best setpieces committed this year to film.

The film’s visual spectacle is topped by its ties to the present day framing sequence.  How much of the adventure is actually the present day viewpoint character’s imagination?  That questioning provides a breakaway from passive viewer consumption more amazing than a CGI effect.

Alice Rohrwacher’s critically acclaimed drama “The Wonders” also turns out to be a festival Don’t Miss.  This coming-of-age tale entertainingly questions the virtues of cultural preservation and cultural adaptation.

Wolfgang bristles when others needle him about lacking a son.  His reaction suggests his treatment of Gelsomina is less about respect than using her as a surrogate son.  Martin’s joining of the household provides Wolfgang opportunity to drop the respect he accorded Gelsomina.

The father also remains clueless about treating women as something other than inexperienced children or free labor.  When Gelsomina takes initiative to try out for a TV reality show, Wolfgang’s fury comes from her apparent undermining of his authority.

Wolfgang is not wrong to fight for preserving the farmers’ relationship to their land.  Yet he makes the mistake of believing force of will can automatically overcome the inability to pay one’s bills.

After the realism that makes up most of “The Wonders”’ running time, a switch to metaphor will startle viewers.  Yet that visual metaphor captures the farm’s future while also shrouding it in mystery.