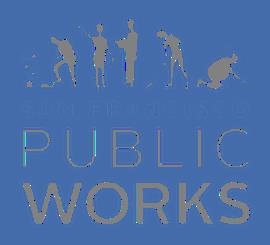 San Francisco politics is typically described as highly contentious. It has been said for decades that the mayor and board of supervisors are always battling over issues, with compromises hard fought.

Yet every measure on the local San Francisco ballot is virtually without opposition. No powerful interests are investing major money in “No” votes.

Does that mean that the city’s historical dividing lines—-between mayor and supervisors, “downtown” and “neighborhoods,” business and labor, landlords and tenants to name the most prominent—no longer exist? Of course not. It instead says that the current group of supervisors and mayor has a far stronger working relationship than their public statements reflect.

Consider Prop B, Supervisor Matt Haney’s plan to create a commission over the current Department of Public Works. It has none of the opposition such measures typically engender.

For example, the last time supervisors sought to take away mayoral power was in November 2016. I described the four ballot measures—and why they lost—as an ill-conceived “war on mayoral power.” Two of the measures created commissions, one over the Mayor’s Office of Housing, the other over the Office of Economic and Workforce Development. An all-out successful campaign was waged to defeat the commission proposals, with many employees of the targeted offices involved.

When I wrote a ballot measure for the November 1994 ballot to create a Department of Building Commission, the city officials whose power we were removing battled to defeat it. They were backed by all out “No” campaigns by the SF Chronicle and SF Examiner (this was before the current owner of the latter purchased the former). We prevailed, but political insiders warned before the election was that ballot measures creating commissions have technical ballot questions that can make them hard to pass.

Yet I’m unaware that Mayor Breed is devoting any resources to defeating Prop B even though it reduces her power. Clearly, Haney’s measure benefited from Mohammed Nuru’s corruption scandal. And this scandal broadened support for reform. Matt would have qualified his measure absent the arrest of the DPW leader, but Nuru would have led a well-funded campaign to defeat it.

Prop A is not a surefire a winner because getting 2/3 vote is always a challenge. But given the lack of any real opposition its chances are strong.

What’s Not On Ballot?

Of course, unity behind ballot measures is also a function of what’s not on the ballot. Here’s what I wrote on February 6, 2020, in “Mayor Breed’s Game Changing Housing Reform”:

Mayor Breed’s plan to boost affordability by expediting the city’s glacial housing approval process is long overdue and desperately needed. No major city has as slow an approval process as San Francisco. These delays do nothing but raise housing costs and work against the city’s efforts to improve affordability. In Generation Priced Out I contrast Seattle’s primarily “by right” housing approval process with San Francisco’s. Seattle annually builds twice as much housing. I asked a Seattle Planning Commissioner what his body does. He said “we do planning.”

Unfortunately, the coronavirus prevented Breed from gathering signatures to place her housing measure on the November ballot. Had it qualified it would have put San Francisco’s housing approval process and its heavy reliance on exclusionary single-family zoning on a national stage. The measure would also have provoked the type of opposition that we will not otherwise see among the city’s initiatives this year.

So while unity of support for ballot measures can be good, it can also reflect politicians avoiding some big issues dividing the city.