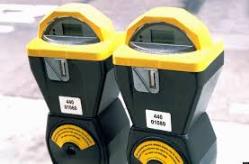 All San Franciscans should cheer Mayor Ed Lee’s plans to return to Sunday free meter parking. Meter fees are regressive, the fiscal shortfall causing the parking charges is gone, and Sunday is historically when working people take family outings. Yet two groups I normally agree with, pedestrian and bicycle advocates, oppose Lee’s plan. They want the city to keep Sunday meters and use the estimated $7 million gained to fund pedestrian safety measures. This view is divisive and shortsighted. Nickel and diming the public on Sunday parking meters is a bad idea that must end.

California progressives have learned the hard way that not all fees for government services are the same. Some very progressive and relatively small charges—like the long little noticed vehicular license fee, renamed the “Car Tax”—can result in a Governor’s recall and the installation of a Republican successor in a very blue state.

Parking meter fees are in this category.

People have grown up with Sunday as a free parking day, and expect that is how it will always be. They understand that tourist areas like Fisherman’s Wharf have long had Sunday meter charges, but do not see that as impacting residents.

When people feel they are being unfairly charged, it becomes a matter of principle. I had an experience at an already overpriced NYC hotel a few years ago when after checking in for what would have been the first of three nights, I discovered they were going to charge $15 for Internet service in the room. I needed to write a Beyond Chron story about the presidential debate that night and needed my computer, so was stuck paying the fee.

I immediately cancelled the balance of my reservation and moved back to my previous hotel, which provided free Internet. So by trying to squeeze another $15 out of me, the hotel lost two nights of business.

All of San Francisco’s wealthy residential neighborhoods allow residents to pay a small annual fee to park. Yet Tenderloin residents don’t have this option.

I raised this injustice during the Agnos Administration, and was told quite candidly that the city makes too much money from parking violations in the Tenderloin to allow residential parking permits.

Sunday parking fees are as regressive as the sales tax. And progressives only back increases in the latter in times of deep fiscal crisis, which is not San Francisco in 2014.

Pedestrian and bike advocates should not turn drivers into opponents. Drivers are also pedestrians, and many want safe bike routes as much as anyone.

Yet when advocates push to continue Sunday meter charges, some drivers hear this as “these folks don’t care about our family budgets, they only care about themselves.” This reduces the chance they will align with pedestrians and bicycle advocates in future campaigns.

Pedestrian safety in San Francisco does not depend on Sunday parking meter revenue. And as I wrote last week, in the Tenderloin, where increased pedestrian safety is desperately needed, the problem is not money but a glacial process in implementation.

Free Sunday parking should be sacrosanct. And the Board of Supervisors should support the mayor’s plan to restore it.