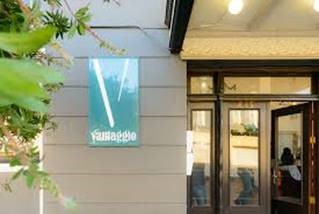 SF Has the Funding and Housing Supply

The Biden Administration’s  announcement that FEMA will pick up 100% of the costs to house the unhoused in hotels—it was previously 75%— should be a game-changer for San Francisco. Coupled with tens of millions of dollars for permanent supportive housing via Prop C, the city has 1. The Money and 2. The Housing Supply to slash its homeless population.

But is San Francisco up to the task? Not if the city delivers homeless services as it is currently doing.  The city has hundreds of vacancies in its existing master leased hotels. And this vacancy crisis preceded the pandemic.

As far back as November 2019—before anyone imagined COVID— the city’s Supportive Housing Provider Network (SHPN) emailed San Francisco’s Department of Homelessness and Supportive Housing (HSH) that “most of us are experiencing many more vacant units than we have applications/referrals for those same units.”

HSH then said it was putting in new procedures to address the problem. Yet vacancies have steadily increased. The organization I head, the Tenderloin Housing Clinic, leases over 2000 units; we had a total of two referrals in December 2020. We have nine rooms waiting five months for a referral. HSH Interim Director Abigail Stewart-Kahn emailed service providers last Friday night saying “We understand the frustration that some of you have experienced by not getting timely referrals to open units. We are making changes to speed the process up.”

An effective referral process is the bedrock of reducing homelessness. But even if referrals increase, HSH needs help in meeting the unprecedented challenge of simultaneously filling and expanding its supportive housing and FEMA-funded supply.

There is No Supply Shortage!

Let’s start by refuting a common but false belief: that San Francisco should not add FEMA rooms if permanent housing would be lacking once funding ends.

Here are the numbers. There are roughly 2000 residents in FEMA-funded “SIP” hotels. If every person sought to transition to permanent housing (and some will decline), 500 could be housed in currently leased hotels. The balance could be housed by a 1500 unit expansion of the city’s supportive housing program. Since the city has already acquired roughly 400 units through Project Homekey, only roughly 1100 more units are needed (and I’m not even counting new construction of homeless housing in the pipeline). San Francisco can easily meet this 1100 and add 1000 more FEMA rooms while still ensuring all are offered permanent housing. Here’s why.

The pandemic has radically expanded the SRO market for homeless housing. COVID’s assault on the student housing and lower end tourist market has dramatically increased potential supply. Many high quality SRO’s are available for the unhoused for the first time.

75 hotels submitted applications to the city for leasing or selling for homeless housing. Last September, I submitted to HSH a list of a dozen hotels with over 800 units to the city whose owners were eager to lease or sell. Some had all private baths and were completely vacant. At the time HSH was focused on Project Homekey and did not project receiving Prop C funding until January. But January is nearly over and no negotiations to lease or purchase any hotels outside Project Homekey have begun.

In addition to leasing or buying SROs, the city can also implementing individual rent subsidy plans for apartments. Moving existing supportive housing residents into apartments could quickly free up another 200 units—the city has the apartment supply due to the fallen rental market.

HSH Can’t Do It Alone

Jeff Kositsky, its former Director, described the agency to me in late 2019 as “dysfunctional.” Former Mayor Lee created a new agency without providing the necessary management and staff infrastructure. HSH cannot implement and administer a massive  expansion of housing programs for the unhoused on its own.

Why was Mayor Breed’s launching of the SIP hotel program such a success? Because the mayor brought in Human Services Agency staff, the Department of Real Estate, and her own staff to help HSH. That’s how expanding housing for the unhoused in San Francisco must get done.

HSH has recently been loaned staff from other departments to process acquisitions. But HSH has otherwise been left on its own to address the crisis. Sharply reducing homelessness in 2021 requires a multi-agency strategy not yet in place.

My organization and others in the business of housing the unhoused are eager to help the city slash homelessness. Let’s seize the moment and get it done!