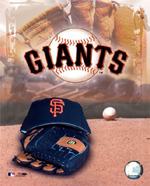 Forget the orange and black—the Giants may just be the greenest team in Major League Baseball this year. The San Francisco Giants (who today open their 124th season) will be the first team to install solar panels within their stadium, mount a new energy-efficient scoreboard, offer sustainably-farmed Niman Ranch meat products, and ban trans-fats from all foods served at the ballpark.

The timing of these upgrades is timely, as San Francisco will host the 2007 All-Star Game – giving the Giants a chance to showcase their environmentally-conscious choices and encourage other teams to do the same.

The 590 solar panels will be owned and operated by PG&E and will provide 120 kilowatts of energy, or enough to power several homes. The cost of the installation will be covered by the company’s 15 million customers – at a nominal cost of 10 cents each. But the biggest benefit to the plan is awareness about renewable energy.

“What we provide here gives the chance to help publicize a very different story,” said Giants’ owner Peter Magowan at a press conference last month. “I think it is good PR for the concept of solar energy.”

The new scoreboard that sits out in center-field is another step towards greening baseball, as it will use 78 percent less energy than the previous two-screen system. And as important as the environmental changes are, the high-definition scoreboard is also promised to greatly enhance the ballpark experience by providing real-time statistics and detailed, mutli-angle replays.

And now, while watching all the action, you can eat without ensuring heart surgery at some point in your life. All foods at the ballpark—even the beloved garlic fries—will now be trans-fat free. The man-made fat has been linked to multiple lethal health problems and is slowly being removed from varying sources.

In addition, Niman Ranch will be offering hamburgers, hot dogs and andouille sausage for sale around the stadium. Niman Ranch meats are commonly found in high-end restaurants and is known for growing its products relatively humanely on family farms.

Of course, the major drawback to providing such high-end meat products is that only the more affluent patrons of Giants games can afford the products. Nevertheless, introducing such products at a venue which routinely seats over 40,000 fans a game and 3 million a year can only support the spread of sustainable farming.

It should not be forgotten that Major League Baseball (MLB) generally acts in an exploitative fashion, like any other multi-billion dollar American corporation. For example, the $700 million, seven-year deal with DirecTV has been derided as a massive money-grab by the team owners – and has prompted Democratic Senator John Kerry to get involved to protect fans.

Separately, the spread of new ballparks across the country has raised housing rights issues – including the near-demolition of Philadelphia’s Chinatown to make way for the Phillies. And who exactly sews the 108 stitches on the 600,000 baseballs made each year for the MLB? (Yes, they are still all stitched by hand.)

But this typical corporate background makes the steps the Giants are taking all the more impressive. While it would be naive to believe that the prime motivations for the environmentally sound changes are driven by anything but profit or stronger public relations, this is not necessarily a bad thing. Showing that such choices can be economically worthwhile is an important step towards making them commonplace.

In an era where there is a perception that teams don’t represent their home cities the way they used to, the fact that the Giants are reflecting San Francisco’s commitment to the environment is reassuring.