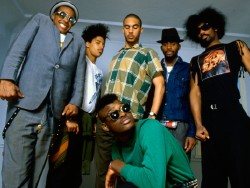 Filmmaker Stan Feingold does not portray “Miss Landmine” creator Morten Traavik as an exploiter of women’s physical deformities. Instead, Traavik comes across as a monkeywrencher who uses beauty contest conventions to raise public awareness of a problem overwhelmingly affecting poor people.

Feingold’s “Miss Landmine” follows Traavik’s efforts to produce the 2008 edition of his art theater piece. Cambodia, this year’s locale, has seen years of landmines deliberately planted or dropped from the sky. A good number of these generally cheap anti-personnel devices did not explode for decades until unwary peasants accidentally discovered them.

To capture the human cost of this problem, Traavik seeks women from every Cambodian province to take part in a beauty pageant which can show the prevalence of this danger. Unfortunately, it’s not clear how much support the Cambodian government will ultimately give Traavik.

Feingold’s behind-the-scenes portrait of Traavik’s project shows the artist’s awareness of his delicate balancing act. He tries to respect a particular province’s culture without treating it as an exotic gem. But deliberately following the beauty competition format doesn’t mean sacrificing the project’s deeper socio-political messages. The Miss Landmine briefing book contains artistic photographs of each contestant plus a description of the particular type of landmine that maimed her.

Challenging unpleasant social attitudes regarding women injured by landmines is perhaps the ultimate value of the “Miss Landmine” project. Losing a leg does not have to make a woman less beautiful or attractive. Nor do landmine injuries automatically have to economically condemn its victims to begging. Most importantly, basing one’s social attitudes on believing in karma unpleasantly disempowers one’s ability to achieve personal change.

The documentary has its twee moment when Traavik has an “If I were making a documentary” moment. But that’s forgiven when one hears the heartbreaking stories of Charya, Sopheap, and other landmine injury victims. More importantly, a time-lapse image of one person standing still while hordes of other people pass by in blurs conveys how the world looks to someone disabled by a landmine. May more viewers pay heed.

In directors Lev Anderson and Chris Metzler’s masterful “Everyday Sunshine,” they have created a film which effectively captures the spirit of Fishbone. The film embodies politics in black America from the post-Civil Rights Era to the Los Angeles insurrection. It’s an implicit condemnation of the blanderization of the American popular music world. It’s a very intimate portrait of fiercely dedicated aging black ska punk rockers keeping their dream of unifying black musical styles in one band alive. Most importantly, it captures as best as film can the unique energy of a woefully under-appreciated band.

Fishbone is a child of confluences. The band is the product of mandatory school bussing, shared interests in Parliament-Funkadelic and punk rock, and the rise of a “Morning in America” that generally never came for the black community. How does one describe the resulting Fishbone sound? In a country hellbent on producing cultural segregation with a smile, Fishbone’s music slides from speed metal guitar to P-Funk style discourse to church-choir vocals. Rather than turn into an aural mess, the band’s music works. It is appreciated by such folks as Eugene Hutz of Gogol Bordello and George Clinton of Funkadelic. Sadly, despite such peer admiration, public popularity continues to elude the band.

More than 25 years after Fishbone’s founding, Anderson and Metzler’s film looks at both the band’s history and whether it has a creative future. That examination is grounded by intimate portraits of core founding members bassist Norwood Fisher and lead singer Angelo Moore. Footage captures both the genial groundedness of Fisher and the free-spiritedness of Moore. In
addition, there are interviews with other band members such as “Dirty” Walt Kibby II, Fishbone admirers such as Guestlove of The Roots, and a narration provided by Fishbone fan Laurence Fishburne.

In keeping with the band’s history and character, the documentary ably steps up with five different visual techniques such as cinema verite and animation. In addition, there are excerpts from Fishbone music videos and rare Hi-8mm concert footage. Probably nothing short of a holographic 3-D presentation can serve as a true Fishbone concert cinematic record. But Anderson and Metzler certainly have done their best by the band.

Seeing footage of comedian Bill Hicks nonchalantly lighting a cigarette from a burning American flag confirms that Hicks achieved his ambition of being a comedian who shook people up. How the legendary comedian got to this point and went further is the subject of Matt Harlock and Paul Thomas’ excellent documentary “American: The Bill Hicks Story.”

Don’t be put off by the film’s conventional documentary structure of following Hicks’ life chronologically. Instead, marvel at how footage of Hicks at various stages of his career demonstrates how spectacularly the man honed his comedic gifts before his tragically early death at age 32.

The film’s frequent animation of still photographs is not a sign of artificial hipness. Aside from its role as inventive substitute for obviously unavailable footage, it also artistically teases out truths that couldn’t literally be captured on camera. The bravura magic mushroom trip sequence hints how Hicks’ raised consciousness remained with him after the hallucinogen wore off.

Rather than being a cinematic embalming, “American” presents Hicks as a still vital presence despite his physical death. The comedian broke societal taboos not just to entertain people, but to shake them into re-thinking such blindly held assumptions as treating the American flag as sacrosanct.

If Hicks were alive in this age of professional mendacity broadcast 24/7 (aka Fox News), his probably withering responses would have instantly crashed several computers. Watch this movie. Absent Hicks’ presence, it reminds you to notice nowadays what the financially and politically powerful prefer that you ignore.