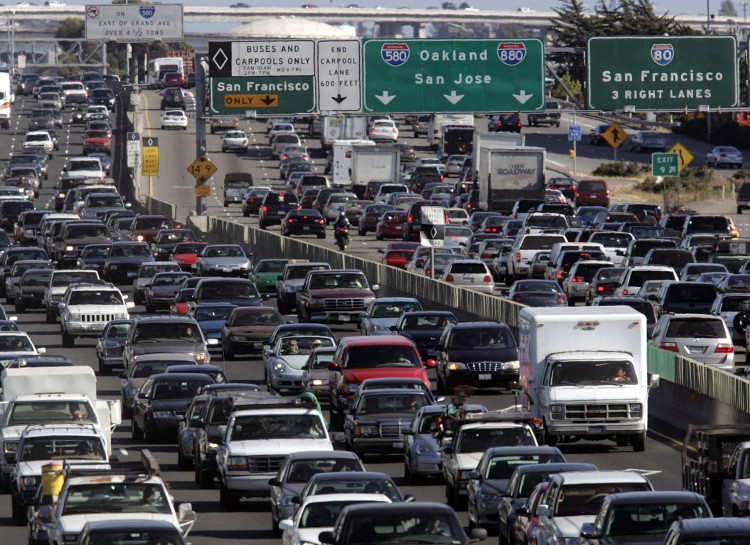 The times they are a changin’ when it comes to San Francisco and Berkeley housing.

On June 13, San Francisco’s Mayor Lee signed HOME SF into law. The Katy Tang-sponsored measure will add 16,000 housing units in the next two decades, 5000 of which will be affordable.

On that night in Berkeley a large turnout of pro-housing activists stopped the Berkeley City Council’s plans to halt new housing. In response to grassroots pressure, Berkeley Mayor Jesse Arreguin announced before the meeting that the agenda item promoting downzoning was “greatly misunderstood” and that the city “cannot put roadblocks in the way of new housing.”

The word “downzoning” has since been removed. The hearing on increasing housing fees was continued to June 27 with an item on Housing Accountability moved to July 11.

As Victoria Fierce of East Bay Forward tweeted, pro-housing activism “changed the outcome of the night.”

Yes, there is much more work to be done. But one year ago the prior version of HOME SF, legislation known as the Affordable Housing Density Program, was killed by the Board of Supervisors. And it was only earlier this week that Berkeley’s City Council was poised to downzone neighborhoods and impose fees on development that would kill most new housing.

What accounts for the pro-housing movement’s growing strength? Three factors, one of which may involve Donald Trump.

San Francisco and Berkeley are experiencing a tidal shift toward supporting housing.

After decades of anti-housing neighborhood activists artificially restricting housing in both cities, a rising tide of activists associated with the SF YIMBY Party and East Bay Forward are changing this dynamic.

I spoke to several East Bay Forward members at the June 13 evening Berkeley City Council meeting. I was impressed by their understanding of the housing crisis and commitment to promoting housing. They had policy answers to all of the claims raised by anti-housing activists, no longer letting their exclusionary, classist agenda go unchallenged.

In San Francisco, HOME SF passed the Board by 11-0 vote. Supervisors opposing the bill last year not only voted for it this year, but wanted to be on record as supporting more housing. This only happens because grassroots pro-housing activists are making their voices heard loud and clear.

There’s a reason pro-housing activists are being attacked by false anti-housing narratives.  Anti-housing forces have controlled the debate for so long that they view this growing pro-housing constituency as a clear and present threat.

But the tide has turned. People are battling the politics of exclusion. They recognize that while artificially restricting the housing supply is great for profiting those who already own property, it’s not so good for those paying sky high rents or who have been priced out of the city altogether. As Supervisor Katy Tang stated at the signing ceremony for HOME SF, if San Francisco “does not continue to provide affordable housing for our middle income households, they will continue to leave and we will no longer have a middle class.”

The pro-housing movement has also been boosted by elected officials willing to battle for more housing.

San Francisco’s pro-housing activism succeeded with HOME SF because of the steadfast leadership of Supervisor Katy Tang. For decades Westside politicians feared promoting more housing in the area. Tang took the risk, and got it done.

Mayor Lee gave Tang most of the credit for HOME SF, typical of his downplaying his own leadership. When Lee took office, he quickly announced a plan to build 30,000 units. I thought he was making a political mistake. There was not a strong constituency pushing for such housing and I felt the mayor set the bar too high to ensure success.

But the worsening housing crisis grew grassroots support for the mayor’s pro-housing agenda. And the Mayor’s high bar ensured that pressure to build housing will not stop.

In Oakland, Mayor Libby Schaaf has publicly declared that the city says “Yes” to housing. Her 2016 “Oakland Housing Action Plan” is the most ambitious pro-housing program in the city’s modern history.

In Berkeley, Councilmembers Lori Droste and Ben Bartlett are providing the political leadership needed to battle fellow councilmembers’ anti-housing agenda. Bartlett wrote a powerful essay this week on how Berkeley’s exclusionary anti-housing zoning laws “wall off communities of color, seniors, low-income people and others.” Droste’s letter opposing the proposed Berkeley downzoning was backed by affordable housing experts confirming that the plan was regressive.

The third factor contributing to the pro-housing movement’s growing strength is the progressive response to Donald Trump’s attack on climate change. As with Governor Brown’s insistence that California will continue its green path despite Trump, local activists believe it is more important than ever for cities to keep on track. And that means addressing housing in the most environmentally smart way.

This requires building a lot more infill housing in cities and ideally on transit corridors. It means not artificially restricting housing so that workers must drive in from the suburbs. Anti-housing activists have no strategy for addressing population or jobs growth that does not add to suburban sprawl. That’s why green activists in cities are embracing the pro-housing cause.

As the Arctic iceberg melts, so does the political opposition to housing.

Randy Shaw is Editor of Beyond Chron. Read about how a San Francisco neighborhood  conquered the odds and avoided gentrification in his book, The Tenderloin: Sex, Crime and Resistance in the Heart of San Francisco.