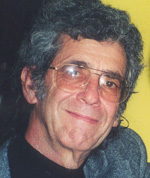 (EDITOR’S NOTE: Matt Gonzalez’s BeyondChron guest editorial that criticized Barack Obama produced a large number of letters, most strongly disagreeing with the author. Prominent S.F. State Professor Rich DeLeon received an e-mail from his sister about it. “I’m totally disillusioned after reading Matt’s article,” she wrote. “My hopes of finding an honest candidate for whom to vote is gone. I feel like it’s just not worth voting at all anymore. Nothing will ever change, will it? How could I vote for Obama with a clear conscience after reading this? I didn’t vote for Bush so didn’t have to blame myself for the massive destruction he has caused. If Obama shows the same tendencies while President, I’d hate myself if I had voted for him.”)

DeLeon urged his sister to keep the faith with the following letter:

I sincerely regret forwarding Matt’s scathing opinion of Obama without providing more context and especially without stating more clearly & emphatically what I think about it.

The last thing I want to do is contribute to your disillusionment about an extraordinary leader who believes in the American creed of justice and democracy, wants to extract us from the vampire war in Iraq, is capable of unifying rather than dividing the nation, and has a good chance of actually being elected.

I am enlightened but not disillusioned by what Matt had to say about Obama. A couple of points.

First, although Matt and I are friends and I respect his point of view, I think his statement is obsessively & selectively focused on the negatives about Obama, offers no opinion about Obama’s rivals (perhaps because they are beneath his contempt), and may have the purpose of justifying & setting the stage for his forthcoming endorsement of Ralph Nader’s campaign. (Indeed, regarding the last point, I wouldn’t be surprised today if Nader announces Matt as his VP running mate. If that happens, the timing of Matt’s piece makes a lot more sense.) Regarding Matt’s selective vision & cherry-picking of Obama’s negatives, please read the letters to the editor by Myrna Melgar and Robert Becker responding to Matt’s critique.

Second, Matt’s opinion piece illustrates the old adage that the perfect is the enemy of the good. It’s fine with me if Matt and others on the left point out how far Obama is from really challenging the corporate state and the corrupted & corrupting system of interest group politics that supports it. I laugh when right-wing commentators describe Obama as a left-wing extremist and socialist, etc., which is only credible to some because the U.S. has moved so far to the right over the last quarter century. So it’s not a bad thing to have Matt, Ralph & others reminding others what a real left-wing radical critique of American politics and institutions looks like. It might even make Obama look more acceptably centrist & less threatening (and thus more electable) to some who might otherwise vote for McCain. (Just as Medea Benjamin and the Code Pink folks camping out on Nancy Pelosi’s lawn make Pelosi appear much more like the kindly grandma and political centrist she often claims to be.)

I wouldn’t have any problems with Nader & whoever running under the Green Party banner and publicizing his critique & point of view, which as a lefty & Green I share, but I would have a big problem if he runs in swing states like Ohio or Missouri and jeopardizes Obama’s chance to win. I don’t agree with Nader’s critics who blame him & the Green Party for Gore losing Florida in 2000 (nearly 3 times as many Democrats voted for Bush, and Gore lost his own state of Tennessee because he ran a botched campaign that undermined his own principles and agenda). But if Nader does it again, and the Green Party goes along with it, I’ll seriously consider leaving the Greens and signing up for the Dems once again. I might make that switch anyway if Obama is nominated, elected and turns out to be the great leader I think he can be. That outcome would restore my faith in the Democrats and in democracy.

A final thought. For many of us on the left, Matt’s opinion piece makes us uncomfortable and ambivalent about supporting Obama’s campaign, and perhaps that was its purpose. (As our grandpa liked to say: “If you’re comfortable, you’re probably not learning anything.”) Roberto Unger, one of my favorite political thinkers & writers, captures the core of what he calls the “psychological dilemma” of activists like Matt who seek to radically change & transform a corrupt political system they view as undemocratic, imperialistic, and unjust. “It is the impossibility of combining in the same experience consciousness and engagement. When we engage wholeheartedly in shared forms of life and discourse we must somehow suspend or control our sense of their groundlessness and coerciveness. When we give free rein to this sense, we stand apart and alone, in skeptical disengagement or futile though uncompromising rebellion. But to be fully the masters of our contexts we must combine consciousness and engagement.” (False Necessity, p.99).

In that vein, I appreciate Matt’s opinion piece because it raises my consciousness about the political choices I’m making. But I don’t appreciate its effects in undermining my growing sense of engagement & enthusiasm for the Obama campaign. So I understand your initial sense of disillusionment after reading what Matt had to say. Once again, I’m sorry for throwing that at you without saying much else about my own reactions and my own intitial temptation to reject the good because it isn’t perfect.

To conclude this rambling diatribe, dear sister, I want you to know that I am not disillusioned, and you shouldn’t be either. If Obama wins the nomination, I’m going to keep my eyes open AND jump on his bandwagon and work as hard as I can to get him elected. I’ll strive to be both conscious and engaged, as Unger urges us to be, but if the moment of critical choice comes and I have to decide to be one or the other, I’ll go with engaged. I’m tired of the years of skeptical disengement and futile rebellion, and I’m willing to live without the purity & perfection of holding that point of view.