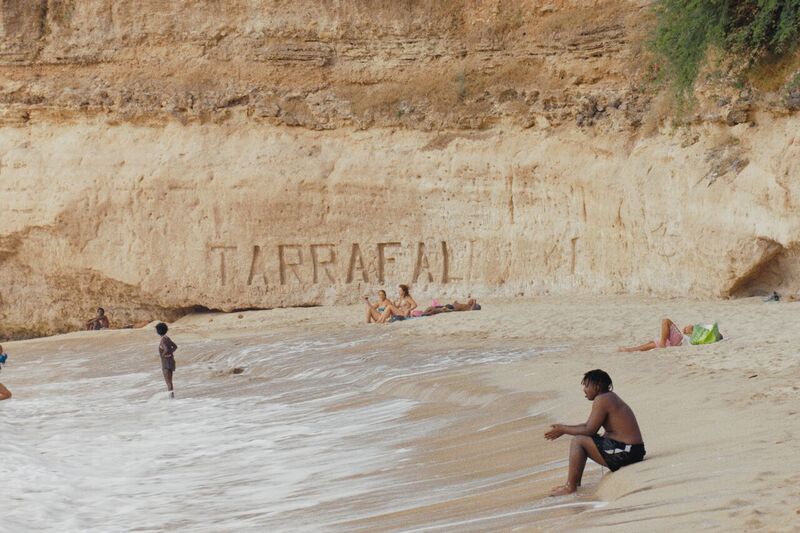 Emmanuel Gras’ Cannes Grand Prize winning documentary “Makala” captures Sisyphus-like suffering in one man’s labors.  Congolese Kabwita Kasongo arduously makes charcoal to sell it for a good price at market.  Patiently walking a heavily laden bicycle over fifty kilometers of unpaved and heavily traveled road to his destination turns out to be just one challenge.  The film’s detail may not hold some viewers’ interest.  But if it engenders buying fair trade, it’s a small success.

A quietly dark fury runs below the surface of Desiree Akhavan’s adaptation of Emily M. Danforth’s Young Adult novel “The Miseducation Of Cameron Post.”  It is an unstated anger at the unarticulated number of lives ruined by what’s essentially hate-motivated pseudoscience.

The pseudoscience in question is popularly known as conversion therapy.  It assumes that gay or lesbian desire is the product of unaddressed psychological pathology.  Using methods ranging from electroshock to physical aversion techniques, the “aberrant” sexually desiring will allegedly return to “more normal” (aka non-sinful) sexual behavior.  This dumpster truck of fake scientific codswallop is treated as valid “treatment” among Religious Right types who often inflict it on LGBT teens.

In the 1993 Montana setting of Akhavan’s film, this therapy appears to be a rational response by the titular character’s guardians.  This is the year that having openly gay and lesbian military members was publicly banned.

Cameron Post (Chloe Grace Moretz) would disagree that she needs treatment.  Her romantic affections for fellow student Coley Taylor feel utterly natural.  However, choice is not something available to Cameron.  She gets busted while making out with Coley in a car backseat.  Her guardians think they’re helping Cameron by sending her to God’s Promise therapy camp.

Barbed wire, armed guards or even nausea-inducing drugs may not exist at God’s Promise.  But the camp exploits the internees’ desire to regain parental approval and uses mass shaming to keep them in line.  Akhavan wants to show that conversion therapy is wrong and harmful even in a non-physically coercive setting.

Cameron stays at God’s Promise because she’s caught in the emotional middle.  She definitely isn’t convinced that her sexual desires are wrong.  Yet she lacks the knowledge or even a label to accurately describe her feelings.  Moretz’ expressionless face is a mask concealing Cameron’s confusion.

However, Dr. Lydia Marsh (Jennifer Ehle) and Reverend Rick don’t offer the guidance Cameron might need.  The only time the words “gay” or “lesbian” get used at God’s Promise is in reference to Reverend Rick’s shameful “rescue” from a gay bar.  The officially preferred term, same sex attraction (“SSA”), turns innocent sexual desire into a type of mental disease.

Unsurprisingly, the “treatments” God’s Promise offers would be ludicrous if their intent weren’t so vicious.  Gay and lesbian athletes would raise their eyebrows at the camp officials’ treating running, hiking, and even non-sexually suggestive aerobics as not encouraging SSA.  Acknowledging Cameron as a female name seems to Dr. Marsh to encourage the girl’s lesbianism.  Even a montage of the various self-examinations allegedly offered by the camp’s iceberg exercise shows any insight gained from the exercise feels absurdly arbitrary.

What ultimately saves Cameron from God’s Promise’s emotional abuse is the friendship of fellow inmates Jane Fonda (Sasha Lane) and Adam Red Eagle (Forrest Goodluck).  Jane displays a clear-eyed realism about the hypocrisies of the camp inmates and leaders.  Adam’s calm acceptance of his Two Spirit identity clashes with his father’s political ambitions and Dr. Marsh’s petty tyranny.  The presence of her friends helps Cameron through a couple of emotional low points.

By contrast, the other inmates and even Reverend Rick ultimately become tragic figures.  Family pressure and self-delusion fuels Reverend Rick’s belief that he’s banished his SSA “demon.”   Regaining the good graces of the family members who had them committed to God’s Promise becomes for one inmate a goal with terrible consequences.

Alleged therapy based on constantly nurturing guilt or hatred regarding one’s gay or lesbian desires is torture not help.  Akhavan’s use of understatement to make that point makes her film ultimately more powerful than a more directly polemical approach.

The elevator pitch for “Djon Africa” might be “a road movie about a Portuguese man who goes to Cape Verde in search of his roots.”  Yet this funny and entertaining debut feature from documentary filmmakers Joao Miller Guerra and Filipa Reis proves less interested in the journey than in viewing Cape Verde through a native’s eye.

A chance encounter sparks Portuguese construction worker Miguel’s interest in finding his relatives in Cape Verde.  In particular, Miguel wants to meet the father he never knew.  However, his very vague leads send this son of Cape Verde parents to a far different destination.

The politics of displacement shape in various ways the course of Miguel’s trip.  In Portugal, he’s not treated as a real citizen of the country despite living there all his life.  The side eye Miguel gets from a clothing store clerk proves a prelude to his being treated like a thief.  The construction work he does comes across as being an under the table job.  Yet in Cape Verde, Miguel’s desire to possibly live in his “home country” gets undercut by the country’s inhabitants treating him as a tourist.

This dilemma is not surprising as Miguel is very obviously emotionally unprepared for what he finds in Cape Verde.  His grandmother’s stories about the island rely on decades-old memories.  Miguel’s titular Facebook moniker reflects an idealized if unearned emotional citizenship.  A fantasy of sexual studliness accompanies Miguel’s trip to Cape Verde.  His conception of the island’s politics is limited to the old “politicians are glorified thieves” canard.

Guerra and Reis’ eyes for the often hardscrabble nature of life in Cape Verde keeps the film from being yet another exercise in cinematic tourism.  The images of the country’s frequently mountainous portions offer a sense of vastness inching close to desolation. A lively and well-chosen musical soundtrack occasionally reveals lyrics belying a song’s party-hearty air.  Grogue is Cape Verde’s national drink because its alcohol content (50-80% alcohol is normal) packs an intense punch to drown the inhabitants’ hardships.

The most memorable person Miguel encounters in Cape Verde happens to be a farming grandmother.  What begins as a relationship of convenience for the cash poor visitor turns into a semi-affectionate friendship with a hilariously coarse old woman.

The ultimate strength of Guerra and Reis’ film is its aspirational use of music.  Mundane scenes such as Miguel’s shaving of his hair or the long street scene that ends the film become, with the right song, cries and grasps for a far better existence.  The music accompanying several parties turns materially poor events into places of joy.

“Djon Africa”’s lack of vital originality ultimately gets redeemed by its entertaining look at a country generally unfamiliar to Western viewers.