Reviews From the 2020 Another Hole In The Head Film Festival 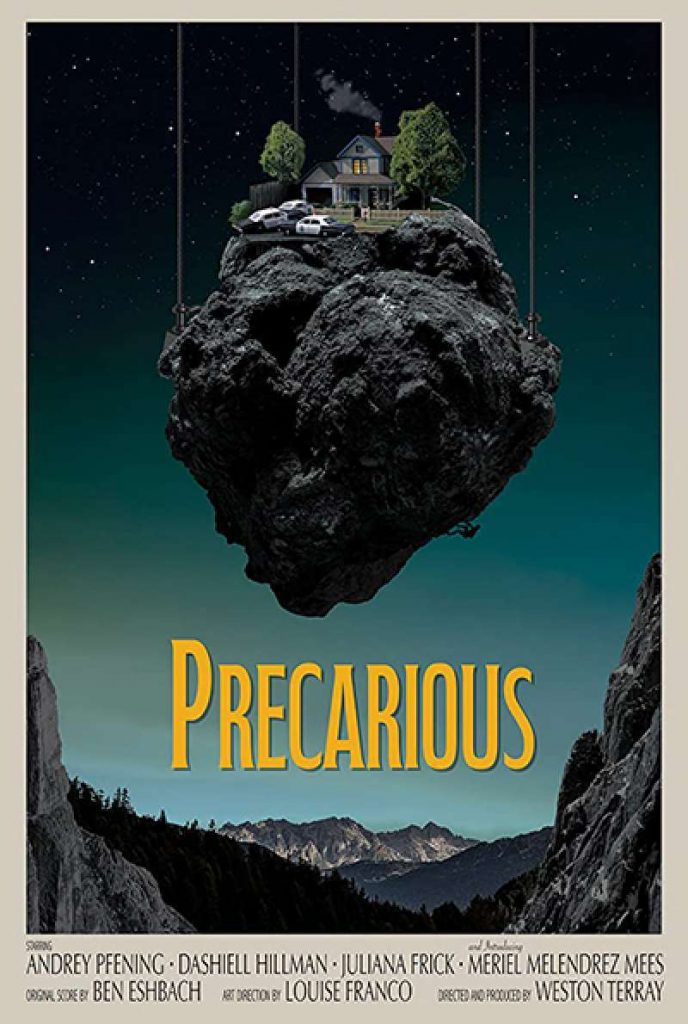 One of the 2020 Another Hole In The Head Film Festival’s offerings shows why the slogan “All Cops Are Bastards” may be far truer than the average person may be comfortable with.  Amadeo Canonico’s “The Statement” gets at these truths by taking an oral wrecking ball to the wall separating its characters from their awareness of the audience and author.

The characters in question are a group of Brazilian Military Police officers in an unknown city.  They’ve come to a greasy spoon diner to grab lunch on a “free (or else)” basis.  While each cop eats, he or she looks directly at the camera and shares their thoughts about being a cop.  They also mock popular attitudes about them and even the author’s attempts at realistically depicting their feelings and thoughts.  Pointing out the artificiality of some of the words the author makes them utter is just one way of showing their contempt.

None of the cops are given names.  A sense is created by the film that whether it’s a female cop, a young cop, a black cop, or a veteran cop, they all share the same attitude of admiration of criminals and enjoyment of their own power to abuse the helpless.  Still, did it have to be the black cop who comes off as the most oversexed of the characters?

The officers come across en masse as not caring for the people they’re allegedly protecting.  The criminals they at least respect for their coolness and sexual allure.  These cops have little interest in correcting the public’s prejudices about them.  Raping and/or beating street kids and prostitutes is for them a pleasurable expression of their impunity.  The scenario of a well-connected person raising a stink over a street kid gratuitously beaten by police may be a nice storytelling crutch for commercial filmmakers.  But the detail with which the scenario is described comes across as a mocking of the likelihood of that situation happening in real life.

By contrast, the sketchiness of the details the cops offer regarding the forced sodomization of street kids feels more horrifying.  Asking the viewer if they knew it’s possible to stick a phone book up a street kid’s butt forces thoughts about the specific mechanics of performing such an act.  Describing the colors of the bodily fluids coming out of the people assaulted by the cops starts imaginings about the sort of injuries inflicted to achieve such a horrifying result.

“The Statement”’s ending will not bring thoughts of justice being rendered.  Instead, there’s only the sense of another new brutal state-sponsored nobody eventually coming for a “free” meal at the greasy spoon.

Weston Terray’s locally shot film “Precarious” entertainingly demonstrates that lo-fi cinematic fantasy can be entertaining in a different way than spectacle-heavy fantasy.  The film’s genre gimme involves blue rocks with unusual powers and a struggle over their possession.

Whether a pair of heiresses maintain a monopoly on the rocks (for good or ill) is just one example of precariousness in the film.  But the title actually refers to main character Henry’s situation for much of the film’s running time.  His moments of freedom turn into sudden imprisonment.  Common danger may provide a bond between Henry and young ambitious newspaperman Clark, but it doesn’t mean Henry trusts the reporter.   Most relevantly, the film’s hero hovers between life and death thanks to some arrowheads stuck in his chest.

Those arrowheads belonged to some crossbow bolts fired at Henry by a shadowy woman.  Where the arrows hit Henry, strange crystalline growths have formed.

Why the film’s hero was shot is one of the reasons why he’s being held by the cops.  The other is police curiosity about his relationship to the dead man found near him.  Henry and the corpse were found together on a lonely stretch of road.  It’s Henry’s need to escape from the cops and complete the mission that brought him to the area that propels the subsequent events of the film.

What are the blue rocks Henry searches for?  Terray makes them an enigma rather than something easily explained.  Are the rocks a time window or some other temporal communication device?  And aside from creating a bizarre addiction, it’s not clear what drinking water mixed with crushed blue rock particles will supposedly do for a person’s health.

One clear point is that “Precarious” entertains without primarily relying on special effects spectacles.  Its visual effects are downright simple image enhancement or prosthetics.  The film’s true pleasures can be found in its nods to classic film noir tropes (e.g. the fugitive hero) and 1950s Hollywood films (e.g. “Precarious”’ ingenious opening title sequence).  Henry’s ingenuity in escaping from various predicaments, such as the treehouse/prison, will particularly please armchair daredevils.

“Raiders Of The Lost Ark” is definitely not the best analogy to describe the enjoyment of watching “Precarious.”  Seeing somebody walking along the high wire feels more appropriate.

To get the film’s demerits out of the way, its setup is the well-worn “play within the film” format.  Most of the film’s action occurs as a theatrical adaptation of James’ tale.  There are slightly too obvious parallels between the situation of central character Julia and the new governess of James’ story.  The quick thinking will figure out the film’s final twist before its revelation.

The framing device for Galvin’s film involves the proverbial big show business break.  Julia (Greer Phillips) is an actress getting her first lead role.  She’s a last-minute substitute for the role of the governess in a stage adaptation of “The Turn Of The Screw.”  As Opening Night is the next evening, the actress’ late arrival necessitates a late night dress rehearsal of the play.  But as the dress rehearsal goes on, the new actress begins to be freaked out by what seems like very real hauntings taking place in the theater.

Ewan Clark’s atmospheric score plays an important role in building the mood of Galvin’s film.  Heavily using violin, viola, and bass, the music conveys everything from a sense of something terrifying at the fringes of one’s senses to the intrusion of the paranormal into what’s supposedly the real world.

Other assets to the film are the sound system and the children.  The sound system used for the play delivers sound effects that immerses the viewer’s imagination in the play’s world.  Ella Olssen and Alex Usher, who are nicely cast as the children Flora and Miles respectively, have semi-cherubic faces that also hint at some hidden darkness.

Truly, though, Galvin’s film rises or falls on Phillips’ performance.  She definitely has to be in character as the governess of James’ tale.  But there also needs to be hints that Julia’s hiding her terror at seeing things that can’t be explained as script deviations.  It’s at the end of the first act that even the least aware viewer will know that something is wrong.  Yet Julia’s hunger at getting her big break doesn’t clash enough with her growing fear.  It’s a difficult acting mix that Phillips doesn’t completely pull off.  The viewer believes her as the governess but not quite enough as the actress in over her head.  Fortunately, most of the movie is the dramatization of James’ famed ghost story.

“The Turn Of The Screw” taps into a fear “The Twilight Zone” creator Rod Serling described as facing the terror of the unknown alone.  Galvin’s entertaining re-telling reinforces the idea while suggesting there’s a very porous border between this fear and being thought a nutter by others.

(“The Statement,” “Precarious,” and “The Turn Of The Screw” are all available for streaming from December 11-27, 2020.  Go to www.ahith.com to order virtual tickets.)