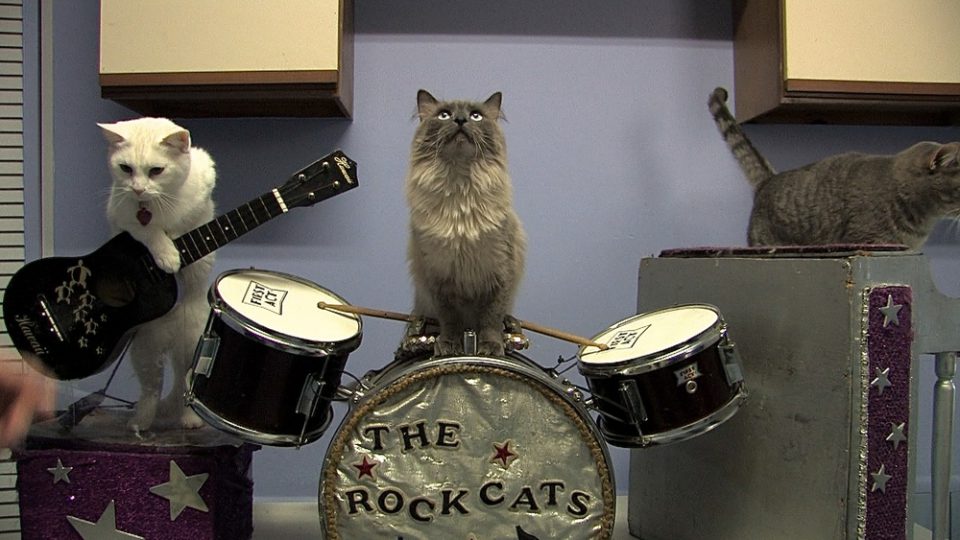 The problems Gieser’s subjects deal with can hardly be linked to personal moral failures.
Jackson’s crack addiction compensated for the Demerol addiction he incurred during hospital
treatment for his traumatic fractures. McClendon’s own mother abandoned her while her
grandmother regularly beat her. Bradford’s struggles to survive on the streets can hardly be
called deserved punishment unless one believes homosexuality is a sin.

Despite such hardships as having their shoes stolen while sleeping on the streets, none
of Gieser’s subjects treat their neighborhood as a hellhole blighting the City. Jackson finds
something karmic in becoming a homeless person himself. If Bradford thought the
neighborhood was not worth improving, why has he dedicated himself to making the Tenderloin
a better place?

It’s McClendon who becomes “Tender Souls”’ emotional heart when she describes the
neighborhood as a diamond in the rough. She worries about Emily growing up and getting
caught up in drugs. Yet the Tenderloin’s a place where people know each other so well that
drug addicts hide their paraphernalia when the word comes down the street that Emily’s
approaching.

Drone overhead shots of the Tenderloin show the neighborhood’s not an aberrant part of
San Francisco. But it’s Tenderloin residents such as Jackson, McClendon, and Bradford who
embody the area’s real character.

Will reading books go the way of the ability to read analog clocks? Joshua Moore and
Liz Payne’s “The Center Of A Book” makes an entertaining argument why that probably won’t
happen. This mix of live action and animation gives a brief history of both the book and the San
Francisco Center For The Book. Rather than taking a luddite view of the information storage
capacities of smartphones, Moore and Payne ultimately get the viewer to agree that whatever
the book’s future form, what will not go away is the comfort of communion with the “fireplace of
the mind.”

Whitney Legge’s short “One Thing In Nothing” starts with children forced out of their
homes by impending forest fires. However, this impressionistic look at these young fire
refugees ultimately becomes a meditation on what’s valued in life. It argues that what you
accumulate for a home differs from the things you feel are personally important.

Children are also the subjects of Azar Kafaei and Chris Filippone’s “A View From The
Window.” The odd title refers to the experience of watching this short film’s subjects. The
Kafaei and Filippone short takes the structure of a day in the life of the California School For
The Deaf’s students. Noticing such details as the students’ subdued hubbub is not the point.
It’s that the viewer can only guess at these young students’ minds and hearts. Truly
understanding them is limited by what the camera’s metaphorical window shows.

The final “Bay Area Stories” short available for preview looks at a historic preservation
fight. To a finger-snapping and foot-stomping musical accompaniment, David De Rozas’ “GIVE”
captures the broad strokes of demographic trends making converting the Ingleside Presbyterian
Church of the Great Father into a historic landmark a necessity. San Francisco’s decimated
African-American community needs its memorials to its existence. The film’s viewpoint
character Roland Gordon is a local church official. But he’s more frequently seen oncreen
working on an ongoing collage project honoring great black achievers who have thrived despite
systemic racism. The film as a whole will baffle those who prefer more linear information
presentation. It takes time to piece together what the film is about thanks to apparently
pointless shots of a black motorist mural or a blueprint. For the more intuitive, “GIVE” might be
of interest.

Watching a cat stand up on its hind legs and push a miniature shopping cart is just one
of the visual delights of Jacob Feiring’s “Samantha’s Amazing Acrocats.” Though there are
plenty of cat performing (or not) scenes before audiences, the woman behind this traveling cat
circus provides the film’s main focus.

Bullying and social isolation in Princeton, IL led the young Samantha Martin to enjoy the
company of animals. Over time, she discovered her talent for training animals. Boredom with a
traveling zoo led to her taking on the challenge of training cats to do a traveling cat circus.

On one hand, Martin’s trained her cats to do everything from ride a skateboard to hit a
cowbell. But on the other hand, the viability of continuing doing a traveling cat show has come
into serious question. Martin’s approaching middle age and living hand to mouth has started to
wear on her. She still hopes the proverbial right person will agree her cat show has commercial
potential, yet she’s still performing in very small town venues.

Martin comes off as a dreamer, not a crazy cat lady. The huge popularity of such cats
as Grumpy Cat and Maru the Box Cat makes her dream seem feasible. However, Martin’s path
to eventual fame and fortune seems to amount to “Do more shows and eventually someone will
notice.” This course of action may be within Martin’s comfort zone, but it makes her efforts more
of a gamble than a career path..

Feiring’s film captures Martin during an interestingly (in the hardship sense) eventful
year. The realities of touring, such as needing $3,000 a week to keep going or finding there’s
no motel washing machine available for a mountain of dirty laundry, feel more burdensome.
Elderly father Warner Martin’s health is slowly worsening. Martin’s assistant Lynsi’s seriously
looking at a career Plan B.

“Follow your dream” has become a positive thinking cliche. Feiring’s film delivers a
reality check by questioning when that pursuit seems futile or even counterproductive.
Frequently seeing Martin’s cats onscreen helps the message go down smoother, like a
cinematic version of a Bad News Delivered By Cute Animals book.

Martin’s story may be the important one worth telling. But a cat-loving viewer or two will
wish that cats Pinky, Oz, and Pudge were given a little more personality via backstory or more
onscreen time. Also, a third act development feels like a deus ex machina, not a wonderfully
pleasant surprise. Some groundwork would have made the development feel natural.

Unless a reader hates cats, “Samantha’s Amazing Acrocats” may spur them to check out
Martin’s show if it comes to town.

Non-Fiction Vanguard Award honoree Penny Lane brings her sometimes graphic “The
Pain Of Others” to DocFest. It’s a study in empathy in the midst of disease, fear, and possible
madness.

Morgie YouTube videos provides the bulk of the film’s material. The term refers to
sufferers of what’s known as Morgellon’s Disease. Sufferers report such symptoms as skin
lesions, odd fibers growing out of their skin, and feeling insects running underneath their skin.
Local TV news clips provide background information about the disease as well as the medical
consensus that Morgellon’s is a psychosomatic illness.

The three Morgies followed in Lane’s film conveys the scope of reactions to the disease.
Sociable and perky blonde Tasha cheerfully discusses the symptoms appearing on her skin.
The religiously inclined middle-aged brunette Carrie seems the most mentally fragile with her
perpetual worry lines. Marcia, an older white-haired woman, knows what’s happening to her
and cares little that others think she’s crazy.

Lane’s film carefully avoids questioning its central subjects. The closest it comes to
doing so is providing an end title card urging consulting fact based medical organizations such
as the Mayo Clinic for information about Morgellon’s disease.

Yet avoiding obvious dismissal doesn’t mean Lane’s trying to persuade viewers to agree
with her subjects. A passing knowledge of science suffices to create viewer eyerolls at Carrie’s
seeing messages sent by Morgellon’s fibers. The anti-Morgellon’s device that runs on Marcia’s
nail clippings seems more impressive as a probable scam that liberated Marcia of $500.

Lane’s film challenges the viewer to discover their empathetic limits. It’s easy to
empathize with a sick person, especially when they fear their suffering is unique. Does that
empathy end when the sick person confidently talks about the miracle cure of regularly drinking
your own urine? How about when skepticism about quackery is met with an aggressive
rebuttal? If a viewer is disturbed that “The Pain Of Others” has led them to the borders of their
own capacity for empathy, than Lane’s film has succeeded.

The rage-inducing film “Complicit” doesn’t need to explain its title’s meaning. It’s pretty
easy to guess the guilty parties being referenced by directors Heather White and Lynn Zhang.
They’re basically anyone who’s ever profited from the consumer electronics industry, particularly
Apple and Foxconn Chairman Terry Gou. But the guilt net also includes anybody who enjoys
easily available consumer electronics, such as the one used to write this review.

The crime in question is the poisoning of Chinese migrant workers via benzene and
n-hexane exposure. These chemicals are regularly used as cheap and quick cleaning
solutions in China’s electronic manufacturing processes. Workplace exposure to n-hexane has
turned a two-minute walk for its victims into a ten-minute staggering effort. For film subject Yi
Yeting, workplace use of benzene led to his developing leukemia.

Yi’s illness is particularly suspicious. Before working for a Foxconn subcontractor, the
20-ish man was a healthy ex-PLA soldier who earned several martial arts prizes during his
service.

White and Zhang’s film follows several subjects in this heartbreaking look at migrant
workers whose health was sacrificed for our electronics age. Besides Yi, two other film subjects
are Xiao Ya and Ming Guosheng. Xiao is a facially-scarred 18-year-old peasant whose job was
wiping computer screens with a benzene solution. Ming is father to Kunpeng, who develops
leukemia at age 26 after working for ASM Pacific.

Electronics manufacturing happens to be a tremendous cash cow for the Chinese
economy. A strong incentive exists to downplay and/or delay compensating workers poisoned
by the electronics manufacturing industry. The manufacturers bribe medical certifiers of
workplace injuries to withhold such certification. Organizations fighting to enforce the legal
rights of injured workers have had their leaders arrested by the government. Yi himself has
been regularly denied permission to leave China to attend electronics workplace safety
conferences. Manufacturing companies and the government slow walk handling benzene
poisoning claims.

Watching “Complicit” makes raging against Apple and Foxconn a reasonable response.
Apple prefers to address the benzene-poisoned workers problem with a weasel-worded public
condemnation. Gou takes the Trumpian approach of publicly insulting and attacking anyone
who publicly criticizes him or his company for these poisonings.

But White and Zhang’s film offers a more constructive solution. Viewers should support
the push for safer cleaning chemicals in Chinese electronics manufacturing. Yi might not live
long enough to see this campaign reach fruition. But at least “Complicit” offers a cinematic
memorial to Yi’s pro-labor work.
Watching “Complicit” will inspire the right viewer to give a side eye to those who blithely
praise China’s alleged economic miracle. This so-called miracle of cheap manufacturing exists
at far too high a human cost. An economic system that thrives on the early deaths of the
economically powerless is an exploitative system that’s worth being repeatedly spat on.