Reviews From Another Hole In The Head Film Festival 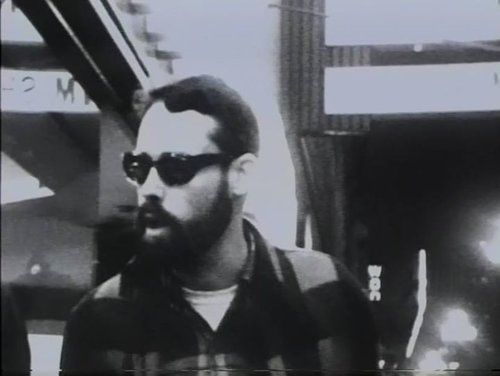 A Scene from Robert Zagone's 1966 film, Drugs in the Tenderloin

Despite being a psychological horror study, Sophia Takal’s “Always Shine” sabotages the genre’s catering to the male gaze and male power.  It’s wrenching watching the tragic deterioration of Anna and Beth’s friendship during a weekend trip at Big Sur.  The extremely different career points of these two actresses become emotional mulch for growing their buried jealousies and resentments.   When that accumulated anger blooms, the results change the two actresses’ lives and indict the male inability to truly see women.

Robert Zagone’s long-lost documentary “Drugs In The Tenderloin” may seem an odd choice for this genre-themed festival.  But as the film is both a figurative time machine and a look at what’s technically true crime, it’s all good.

This KQED Television documentary (bankrolled by the Reader’s Digest Foundation) offers a picture of illegal drug abuse and prostitution in San Francisco’s Tenderloin District in the days before BART was up and running.  A beehived prostitute plies her trade from passing cars.  The camera catches both a pool hall interior and the long-vanished exterior of Gene Compton’s Cafeteria.  But primarily, there are images of and interviews with people involved in the district’s drug scene.

Zagone’s film thankfully avoids both the camp scares of “The Hippie Temptation” as well as the Establishment’s puritanical attitude towards those involved in the drug world.  As interview subject Marc Forrester of the Central City Poverty Target Area points out, the standard lectures and warnings are counterproductive means of curbing drug abuse.

Rather than being a vice tourist, Zagone’s camera becomes a witness for the people who live with the Tenderloin’s realities 24/7.  This approach yields several revelatory interviews.  A drug dealer whose clientele encompasses everyone from bus drivers to cops draws a parallel between his services and a grocery store.  A lesbian prostitute turns to sex work thanks to a dishonorable military discharge aimed at protecting her lesbian superior officers.

Despite some sound problems resulting from period technology, this rarely screened film is a cinematic time capsule worth viewing.

Yeon Sang-ho’s amazing zombie apocalypse thriller “Train To Busan” gets an animated prequel in “Seoul Station.”   Those who haven’t seen the earlier film need not worry about coming in cold.  Both films spin out of the premise of a nationwide viral zombie outbreak, but none of the characters from “Train To Busan” appear in this film.

“Seoul Station”’s lead character is teenage runaway Hye-sun.  Breaking up with hapless boyfriend Ki-woong and having no financial prospects, her life can’t get any worse until it does.  A homeless and bleeding old man living in Seoul Station turns out to be the station’s Patient Zero for the viral zombie outbreak.  Meanwhile, Hye-sun’s daddy Suk-kyu frantically races around Seoul with Ki-woong trying to track down the teenager while dodging both the growing zombie hordes and the less than helpful government authorities.

Like any good disaster film, the early part of “Seoul Station” sets up the lives of the main characters trying to survive the upcoming disaster.  It’s bitterly ironic that the zombie apocalypse turns out to be no worse than these characters’ terrible pre-outbreak lives.  For example, unemployed Ki-woong’s big idea for paying their overdue rent is to literally pimp out Hye-sun over the Internet without her knowledge.

Yeon’s greater point is to depict Korean society as crippled by callousness from top to bottom.  A pair of bystanders refuse to aid Patient Zero (and possibly check the zombie virus) after they realize he’s homeless.  The police refuse to help uninfected people escape the zombie hordes.  The military implements a far deadlier response to civilians fleeing the zombies.

“Seoul Station” may lack the attacking hordes of thousands images that made “Train To Busan” so frightening.  But it compensates by slowly building up the increasing numbers of zombie attackers.  More importantly, the animated film features action sequences, such as an ambulance accident, that would have required elaborate precautions to not get the actors killed in real life.

Espionage and pursuit film tropes become a trap in Pat Tremblay’s “AtmoHorroX.”   An unwise viewer’s mind swaddled in genre expectations will wind up getting mentally shredded in searching for conclusive connections among Tremblay’s bizarre plot pieces.  It’s far better to approach “AtmoHorroX” with acceptance that much of the film will evade your mental grasp.

The main character is Catafuse, a body-stocking wearing creature who has a penis consisting of several multi-colored sausage balloons.  The electronic remote-wearing Molosstrap possibly watches and guides Catafuse from his TV monitor room.  Molosstrap conducts his activities in a neighborhood patrolled by a car-driving watchman sort whose continual wearing of dark sunglasses doesn’t hamper his using binoculars.  A mysterious silent creature with a camouflage bodysuit and a television camera face silently observes and records the activities of the film’s characters.

Tremblay’s cinematic world is one part low budget B-movie visuals and another part visual enigma.  The dialogue, despite an infrequent articulated “Yes,” consists of electronic howls or mixes of random noises.  Horatio Palatio’s music adds notes of dread and crazed action to the film’s atmosphere.

Yet “AtmoHorroX” ultimately provides only momentary amusements rather than continually tantalizing intriguing or disturbing material.  Breaking free from the iron maiden of plot expectations is a worthy goal.  But such daring filmmaking requires the filmmaker to deliver a satisfying substitute for adventurous viewers meeting them halfway.  Tremblay’s film disappointingly supplies offbeat imagery lacking in uniqueness and unexpectedness.