Review: The Spot is Hot 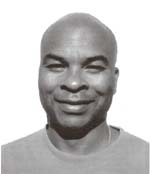 SF Recovery Theatre opened their latest production of “The Spot” mounted at the St. Boniface Church Theater, 175 Golden Gate, dead in the heart of one of San Francisco’s most notorious killing zones. The event started with the classic James Brown ode to addiction, “King Heroin”, which emanating onto the streets of the Tenderloin waking even the most sedated. While the curious homeless ventured in to receive a cultural injection along with temporary respite from their life on the street, the police busied themselves with a drug sweep along Golden Gate Avenue. Those that chose the safety of a theatrical event were safe if only for a day as the next night a young man lost his life on the very same streets due to violence. Playwright and Crisis Intervention Director – Geoffrey Grier was heard to say “If the City were to support and enthusiastically embrace events such as ours, then perhaps with bright lights and a presence of large groups of art enthusiast roaming the streets instead of dope fiends and their suppliers then that young man might not have lost his life.”

People came none the less and left feeling enlightened and hopeful, it was a wonderful collection of people from all walks of life. Many came to witness SF Recovery Theatre’s “behind the scenes drama” being played out stage where an estranged Father and Daughter unknown to each other ‘s involvement in the same play joined Grier’s production at the same time and decided to stay. Come see what happens on stage and beyond, be amazed.