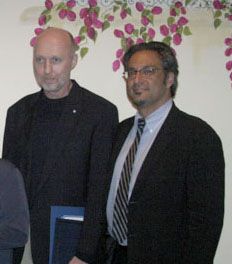 A proposed amendment to San Francisco’s City and County charter is stirring up controversy among city activists, who charge that the measure targets grassroots activists in general and two progressive Ethics commissioners in particular.

In May, Supervisor Michela Alioto-Pier proposed the amendment, which introduces new requirements for membership on city commissions that oversee “elections, campaign finance or public records”, most notably the Ethics and Elections Commissions. The new restrictions would exclude individuals with felony convictions or revoked professional licenses. Registered campaign consultants, lobbyists and candidates would also be rendered ineligible for four years following their campaign involvement.

Upon the amendment’s introduction, Alioto-Pier stated, “There’s no good reason for a political consultant to preside over a review of his candidate’s ethical conduct.” She called the amendment “a common sense way to ensure the integrity of our elections, campaign finance law and public records”, that would diminish “political mischief” on city commissions.

However, some charge that the restrictions disproportionately affect grassroots community activists, and are aimed specifically at progressive Ethics commissioners Joe Lynn and Eileen Hansen. Earlier this year, Alioto-Pier opposed Hansen’s candidacy for the commission, citing the longtime San Francisco activist’s connections to area politicians and campaign consultants. Hansen’s two-time candidacy for District 8 supervisor would disqualify her from sitting on the commission, as would Lynn’s disbarment in 1997.

“This so nakedly targets individuals,” complains Green Party Council member Marc Salomon. Salomon credits Hansen and Lynn with stepping up enforcement of campaign finance restrictions: in November 2004, during Lynn’s tenure, influential PG&E attorney Jim Sutton was slapped with a record $100,000 fine. By ejecting Lynn and Hansen, argues Salomon, “Alioto-Pier is trying to get that agency back in the hands of corporate San Francisco.”

Charlie Marsteller, former chair of California Common Cause and a self-described conservative, agrees. “Alioto-Pier is displeased by the Ethics Commission’s growing effectiveness,” he comments. “I felt this was an absolute political power grab. This bill was introduced for one purpose: to remove two Ethics commissioners.” He adds that existing standards for commission membership are already strict. “The prohibitions were actually so draconian that they had to go back in 2002 and rewrite those strictures . the issue of qualifications for commissioners has been pretty thoroughly reviewed.”

Michael Goldstein, former president of the Harvey Milk Club, says he’s uncertain whether the amendment is expressly intended to target Hansen and Lynn – “I’d rather give Alioto-Pier the benefit of the doubt” – but expresses concern with the amendment’s restrictions on registered consultants and lobbyists. Such restrictions, he argues, will largely affect volunteers for grassroots campaigns, not highly-paid professional consultants, who rarely seek commission seats. “With small candidate campaigns,” he explains, “usually there’s one paid staffer, and if that staffer is fortunate, they may get $2,000 a month … The simple fact remains that according to current campaign law, [that staffer] has to register as a campaign consultant.”

“We’re not swimming in money, in case you haven’t noticed,” says Salomon, “so when we run campaigns, it’s all hands on deck. We get community members involved to do different jobs” – including, he says, consulting and lobbying.

Salomon is also disturbed by the prohibition on people with criminal convictions, which he argues is prejudicial towards African-American men due to longstanding racial and economic discrimination. More generally, Salomon questions whether a past mistake should determine a prospective commissioner’s eligibility: “If you screw up 20 years ago, that shouldn’t be the end of the line – only if you’ve violated a particular law that these committees enforce.”

Lynn, he says, is a prime example. In 1993, Lynn abandoned a client – the violation for which he was eventually disbarred in 1997. At the time, Lynn was suffering drug addiction and depression, having lost over two hundred friends and acquaintances to AIDS, including many close friends and lovers. Salomon stresses that, in such circumstances, Lynn’s choice to use drugs was, “though unfortunate, completely in character with the response of many San Francisco gay men to the HIV/AIDS pandemic, in the days before protease inhibitors transformed the disease from a death sentence to a chronic disease.”

From 1996 to 1997, however, Lynn stopped using drugs, began treatment for HIV and took a clerical position at the Ethics Commission. Prior to his 2003 appointment to the Commission by former S.F. Attorney Terence Hallinan, Lynn shared this information with Hallinan in a letter that concludes, “I’m not proud of my past, but I am very proud of how far I’ve been able to come back.”

The amendment is up for its second hearing before the Rules Committee this Thursday. If referred to the Board of Supervisors, the amendment will be heard twice before the Board before being put to a vote. Eight members’ votes are required to place the amendment on the November 2005 ballot. From there, it will fall to voters to decide whether Alioto-Pier’s proposal is a common-sense measure, or all-too-common SF power politics.