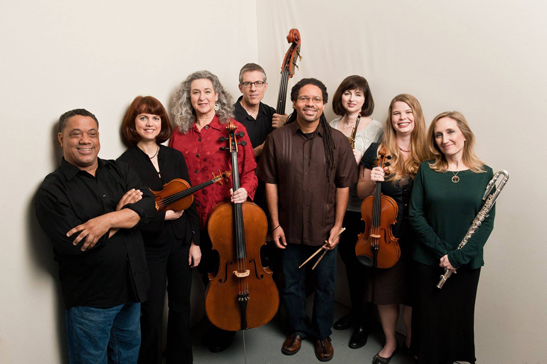 This Bay Area group hails members with a collectively mature history of performing with legendary artists such as Dizzy Gillespie, Jethro Tull, Joe Lovano, Clare Fischer, Dave Anderson Quartet, Mingus Amungus, Gloria Estefan, as well as symphonies and the California Pops Orchestra. Five of the musicians are women playing up front – unusual for jazz where primarily singers, rather than instrumentalists, perform on the front line. This is also the first performance by a local jazz group at the SF Jazz Center, the largest facility dedicated to jazz in the US. In addition to Resonance’s debut, McQuarry is slated to bring several more projects to SF Jazz, including a concert featuring the works of pianist Carla Bley.