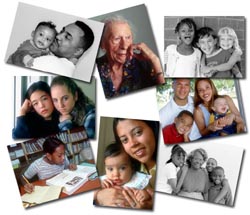 As the Bush Administration decimates housing, education and health care programs for the working poor, San Franciso’s low-income families face an acute crisis. Unlike Los Angeles and other urban areas, San Francisco has sufficient funds to cushion the impact of federal cuts, but it remains unclear whether the Mayor and Board of Supervisors are willing to put the needs of working families first. The Board makes its key decisions on spending the city’s budget surplus this week, and the Mayor and Board will soon decide on the extent of new anti-poverty funding in San Francisco’s 2006-07 budget. With George W. Bush in control until 2009, San Francisco either increases the resources it provides low-income families or risks losing its economic diversity forever.

San Francisco’s current budget surplus exceeds $100 million, and when you consider that projections for the 2006-07 budget do not count the millions of dollars to be generated from new condominium sales this year, the future is even brighter. Now the question is whether the city’s Mayor and Board of Supervisors will use these funds to take the immediate action necessary to stop the family exodus from San Francisco.

Since families have been leaving San Francisco for years, there are some who believe the recent highlighting of this problem is akin to the boy who cried wolf. But surrounding political factors make the current crisis unique, and unless action is taken now, there will be little to discuss in future years because low-income working families will be a tiny minority in San Francisco.

In 1991, the San Francisco Examiner (then owned by the Hearst Corp) ran a lengthy series on the struggle of working and middle-class families to stay in San Francisco. While thousands of families did leave the city, many survived as a result of reduced annual rent increases allowed under the city’s rent law (1992), the expansion of the Section 8 program during Clinton’s second term, and dramatic increases in state spending on education, health care and housing while Gray Davis was Governor.

Unfortunately, the Bush Administration has reversed the progress working families made in the preceding decade. While overshadowed by Iraq, domestic spying and other issues, Bush budgets are wrecking public housing, restricting the Section 8 program, and cutting community development programs to the bone.

San Franciscans understand the President’s agenda, which is why the city overwhelmingly voted for John Kerry in 2004. San Francisco also know that California Governor Arnold Schwarzenegger is not interested in funding programs for working families, which is why city voters opposed the recall in 2003 and all of the Governor’s initiatives on the November 2005 ballot.

Never before have San Francisco’s working families lacked any allies in power in Washington D.C. or Sacramento. Yet that is the situation in 2006.

That is why San Francisco’s political leadership must take up their cause. Not next year, or after the 2008 national elections, but in the prioritization of money currently available from the city budget surplus and the additional millions available in the 2006-07 budget.

Last week, many were cheered when the Supervisor’s Budget and Finance Committee approved $9 million for affordable family housing. $9 million may sound like a lot of money, but a 67 unit two and three bedroom project in the Tenderloin recently came on line at a cost of $24 million, half of which were city funds.

That means that the Board’s $ 9 million allocation will only construct housing for less than 25 families. Better than nothing? Of course, but San Francisco must do better.

At the same meeting the Committee approved $15 million for street repairs and $10.4 million for park renovations. While street repair and parks are important, neither is in the state of crisis currently being experienced by San Francisco’s low-income families.

Some contend that these items, unlike summer jobs, rent subsidies, and programs that reduce youth violence, are a more appropriate use of surplus funds because “one-time” expenditures. But there is no street or park in San Francisco that has only been repaired or improved once.

When California generated huge budget surpluses during the dot-com boom, Democrats pressed for spending billions on reducing class size in elementary schools, expanding health care, and building affordable housing. Republican legislators disagreed, and supported limiting spending to “one-time” outlays for new highway construction and other “infrastructure” projects. Thanks to pressure from then Democratic Legislative leader John Burton and his allies, Davis spent the funds that greatly enriched the lives of millions of California families (the state’s subsequent budget problems were caused by the effects of energy deregulation, not excess social spending).

Burton understood, as our Mayor and Board of Supervisors should understand, that if working people do benefit from good times, than they will never get anything from government. It is the Republican Party that preaches tax cuts and “one-time” expenditures during good financial times, not the Democrats that currently control San Francisco government.

When Bill Clinton took office in 1993, he chose to focus on deficit reduction instead of rewarding the working families whose votes put him in office. Clinton argued that creating surpluses would help such families for decades, but then George W. Bush came in and squandered billions on tax cuts for the rich that should have gone to housing, health care and education.

The lesson of both the Clinton and Davis years is that when money is available to help those in need, it must be spent. Lyndon Johnson’s War on Poverty was cut back after only two years, and recent history shows that politicians should never assume money will be available for social programs on a longterm basis

Working families are entitled to help in good times because it is their jobs, health care, and school systems that pay the price during down economic times. I have not heard about kids whose future prospects suffered due to lack of park renovations or discretionary street repairs, but studies have found millions of youth hurt by exposure to violence, overcrowded and substandard housing, and the lack of access to jobs.

San Francisco voters have promoted economic diversity at almost every opportunity, with 70% supporting an $8.50 local minimum wage in 2003 and 72% supporting the Burton employer-mandated health care initiative in 2004. Meanwhile, it was only last November that only 57% of voters—nearly 10% less than necessary—rejected spending millions on street repairs.

Mayor Newsom understood upon taking office that San Francisco wanted to increase permanent housing for homeless single adults, and he implemented this agenda despite critics who argued that he should allocate housing funding more broadly. Now the Mayor must apply the same focus to keeping working families in San Francisco, even if that means changing the targeted populations for nonprofit housing in the pipeline and using every available discretionary dollar to that end.

The Board of Supervisors will certainly support him in this goal. San Francisco has the opportunity starting this week to either become a national showcase for a working families agenda, or instead join the ranks of other civic governments whose rhetoric about helping families was never matched with sufficient dollars.