Republicans – and a Majority of Teabaggers – Support Taxing Millionaires 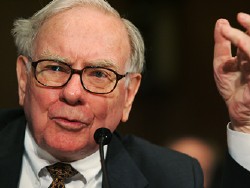 While GOP politicians scream about “class warfare” when Democrats talk about raising taxes for those making over $1 million a year, a new poll by Public Policy Polling shows 73% of the American public support that idea. While that result is consistent with what we’ve seen in other polls, far more interesting here is the crosstabs. Not surprisingly, 78% of Democrats support the so-called “Warren Buffet Rule” – that those making over $1 million should not be paying a lower tax rate than the rest of us. But so do 73% of independent voters, and even 66% of Republicans. When you ask respondents who identify with the Tea Party, we still have 52% in favor – with 29% opposed. As I’ve written before, raising taxes on millionaires – as opposed to “the rich,” which Republicans can scare the middle class into believing it includes them – is an ingenious political strategy, and good public policy. No doubt, Republicans are at a loss when they complain about “class warfare” – because how do you argue against taxing the very, very rich? It shows how far right Washington politics has become, and how out of touch the Beltway is with America – when the Warren Buffet Rule might not have enough votes in Congress.