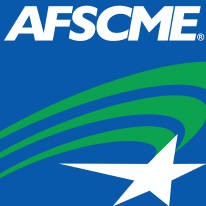 McNally Temple is a mail firm based in Sacramento that was hired by AFSCME’s independent campaign to elect Leland Yee as mayor of San Francisco. Using union members’ money, McNally Temple has used the type of anti-tax messaging that would fit perfectly for its client base of George W. Bush and the Republican National Committee, but which makes no sense in a San Francisco Mayor’s race.

According to AFSCME’s multiple mailers prepared by its Republican ally, sales taxes are bad because they “clobber poor and middle-income taxpayers the most.” AFSCME attacks Lee for supporting the sales tax increase (Prop G on the November ballot) even though it funds public services and is backed by the San Francisco Labor Council and the Democratic Party.

It certainly makes sense for McNally Temple to attack labor and Democrats – but why is AFSCME subsidizing these attacks?

AFSCME’s spending $295,000 on attack mailers with a nearly a month to go before Election Day is quite a bit of money. And it is being targeted at Ed Lee, who has been pro-union his entire life. He is also a lifelong Democrat.

Isn’t there a need for funds for the referendum that would restore collective bargaining for public employees in Ohio? Does AFSCME feel that it’s got Scott Walker so under control in Wisconsin that it can flush money down the toilet in San Francisco?

AFSCME even paid its Republican consulting firm for a mailer that argues, “the San Francisco Republican Party is Supporting Ed Lee.” Well guess what? AFSCME is financially supporting Republican operatives whose priority is undermining unions and progressive causes.

AFSCME’s San Francisco mayoral campaign is an extreme example of labor’s electoral missteps, but not the only one. How many times have we seen labor throw money into candidates and then get little or nothing in return after they win (recall the estimated $200 million labor spent to elect Barack Obama)?

And what happened to labor’s commitment to funding troops on the ground rather than high-priced, low-effectiveness mailers?

AFSCME’s attacks on Ed Lee have not only failed (the Bay Citizen poll announced this week found Lee 25 points ahead of Yee, with AFSCME’s candidate actually doing worse now than when his campaign began) but their chief impact is likely to be reduced support for AFSCME.

AFSCME’s consultants clearly have a different agenda from the union. After all, why has McNally Temple attacked taxes in the most pro-tax city in the United States? San Francisco’s popular State Senator Mark Leno has routinely won legislative passage for a bill that would allow San Francisco to vote to raise its vehicular license fees – a potential tax-hike measure so popular it is even been backed by the city’s Chamber of Commerce.

AFSCME’s mailers also highlight “Ed Lee’s Sweet Tweet for Twitter, ” criticizing the mayor’s “multi-million dollar tax breaks for Twitter and Zynga.” Not only are these payroll tax exemption measures incredibly popular with voters – and the Lee campaign must appreciate their opponent’s promotion of the Mayor’s role – but even progressive stalwart Ross Mirkarimi backed the Zynga legislation.

AFSCME’s mailers are most likely to get voters questioning the union’s common sense. Which means that McNally Temple may have fulfilled its true mission, and gotten paid with union money for doing so.