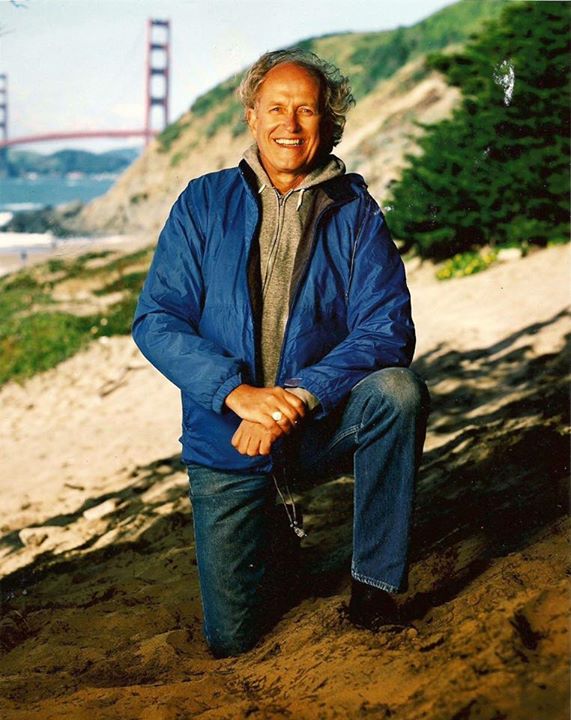 When I first met Conrad Knudsen in 2014, he was 79 years old, and sitting outside of the office of his primary care physician, Rebecca Shunk, in the Medical Practice Clinic at the San Francisco VA Healthcare System (SFVAHCS).  Although Conrad was one of Rebecca’s patients, in this particular instance, he was giving, not receiving, healthcare services.  A trained Healthcare Coach, he would meet another of Rebecca’s patients and help him or her try to lose weight, exercise more, or stop smoking.

Conrad knew how important coaching and support is to patients.  He suffered his first heart attack when he was only 41 and, as he got older, had myriad health problems.

Conrad Knudsen was not a famous veteran.  There will be no pictures of him exhibiting bravery in battle, because he was never in battle.  Conrad deserves special recognition because he understood that there are other ways to serve your country and fellow citizens than going into combat.

Conrad was too young for World War Two. He joined the Marines in 1952, when he dropped out of college at age 18.  The Korean War was just coming to a close. He was a Marine drill instructor and served until 1957 both in the US and Japan. When Conrad returned to civilian life, he began a different kind of service, to his nation.

In 1965, he headed to Selma, Alabama to march for civil rights.  In his book, the Autobiography of a Heart, he said that when he joined the Marines, he “wanted to make a difference, and the Marines were the ones who got the job done.”  Which is what he tried to do to address the “outrage” of discrimination in the United States.

Conrad also worked as a group counselor in a juvenile hall in Marin.  He had his first heart attack in 1976, and another in 1979.  He was given, he told me, two choices, medications with their side-effects or by-pass surgery.  Instead he chose biofeedback and worked as a certified biofeedback therapist in Medical Ergonomics and Therapeutic Services in Marin, where he dealt with people in chronic pain and later with the Dean Ornish in his “Open Your Heart” groups.

Conrad began to work with Dean Ornish when, in 1987, he experienced more serious chest pain from, it was quickly discovered, severely blocked coronary arteries.  Again, rather than go for surgery, he agreed to enroll in an Ornish study on lifestyle change.  He altered his diet,  did more walking and yoga type stretching, as getting group support.  Working in a community of patients and caregivers, he felt, was most helpful in addressing the lifetime habit of feeling “never good enough or smart enough.”  With his third wife Marsha Harrison, Conrad also worked in the Amherst Writers and Artists program using narrative to help people find their voices.

Conrad knew that community is critical to health.  And in the 1990s, he returned to the veteran community at the San Francisco VA hospital, when he agreed to accompany a friend who was one of the first women in the Women’s Army Corps( WAC) to Fort Miley for an open House.  In a documentary I produced with videographer Edwin Herzog, about the SFVAHCS’s Center of Excellence in Primary Care Education (COE), Conrad confessed that he’d believed a lot of the bad things about the VHA. “ I had originally decided not to come to the VA because I’d heard bad stories about it.  A friend of mine asked me to come over and help her sign up.” He said he couldn’t have been more surprised by the reality of caregiving at the VHA.  “You come in and everybody on the team knows your name and your history.  It makes it feel more like home.  I know the people on my team know what’s going on and it feels good.  The team approach that the COE is training in really contributes to my healing.”  He said he was deeply moved when primary care physician Rebecca Shunk and cardiologist John Teerlink gave him not only their personal emails but also cell phone numbers. Teerlink, he told me, actually held his hand when he went into a procedure for his heart.

Everything at the VHA, he said, “makes me feel like I’m part of that team, it’s not just that they’re here for me. I’m here for them and we all work together.  I have never been to any civilian hospital that gives the kind of care I have gotten at the San Francisco VA.”

Because he was so committed to helping other patients, Conrad played a significant role in the development of the Patient Aligned Care Team model that the COE utilizes at the Medical Practice Clinic.  “Conrad would come to retreats that we held and tell his story as a veteran and a patient.  He wanted to inspire trainees and staff to be patient centered,” Rebecca Shunk explained.  “He really appreciated the fact that the VA gives primary care providers more time than is allotted in the private sector so that we can actually get to know our patients.  He understood that you need time to express your humanity both as a provider and as a patient.  This was why we asked him so often to serve as a voice for veterans in our system.”

As a patient advocate, Conrad volunteered and worked part time at the VHA.  When I met him he was not only doing healthcare coaching but acting as a Patient Navigator in primary care, trying to help veterans learn how to check in for their appointments via a new electronic system.   This was not an easy task, he told me, marveling at the fact that even younger veterans are sometimes technology averse.

Two years after I met him, Conrad Knudsen, developed a blood clot to the artery supply blood to his intestines.  After an heroic attempt to deal with the problem surgically, he died at the hospital to which he was so committed.  “When I visited him,” Rebecca Shunk told me, “he said, ‘I just wanted to let you know, the surgeons were wonderful.  They even held my hand.’”  In our conversations and in his own writing, he emphasized how difficult it had been for him to find his voice, to feel confident in his own intelligence.  He died, surrounded by his three children, three step children and wife knowing that he had found that voice and confidence and that he had helped thousands of other people do the same.