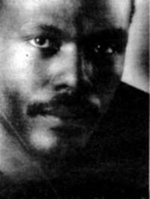 Sometimes remembering is the most painful thing we do.

It was a bitter cold December morning in 1988. I had not seen my friend, Joe Beam, for a few days. Louise and I walked up the gray stone steps to the glass door of the old apartment building at 20th and Spruce streets in the heart of Philly’s queer community. We pressed the bell several times. No answer. I was sitting at my desk at the Philadelphia Gay News office later that morning when Louise called: Joe had been found dead in his apartment. “They think it’s AIDS-related,” she said, “but you can’t print that yet.”

I forced back a flood of tears. “I need space on the front page above the fold!” I yelled to our layout editor in the other room. Gary headed to my office to argue with me, as he always did whenever I wanted to rip up the paper for a late-breaking story. Then he saw the condition of my eyes. There was no controlling the emotion. “Who–?” he asked. In the late 80s, it was an all-too-familiar moment. “Joe Beam.” He hugged me, then hurried out to do what he had to do. There was no time for grieving: I grabbed the phone to make some calls and write an obit for my dear friend.

Every December since that day, I always think of Joe. This year, I got an added reminder: a letter from Dorothy Beam, Joe’s mother. Since Joe died, Dorothy’s life has been dedicated to continuing the work of her son: Building bridges within the black community so that LGBT folks feel at home. Immediately after his death, Dorothy made sure that his second collection got finished. She enlisted the editing skills of Essex Hemphill, black gay poet and performance artist. Essex died a few years later. Dorothy likes to check in with me every once in a while. When we made family back in the old days, we weren’t kidding. Every year at this time I have this sense that something’s left unfinished.

I never got to say goodbye. That last time I saw Joe, he was coming from his job at a chic salad bar on Sansom Street, the new yuppie area of the city. He wasn’t thrilled about working there. He had no fondness for the upscale folks who were taking over the former working-class neighborhood. But it was a way to pay the bills and do what he loved best: Write. He was planning to quit and devote more time to his passion. We promised to get together in a few days. His birthday was coming up. He was going to be 34.

When we finished talking, we hugged and went our separate ways.

Tommi Avicolli Mecca is a radical, working-class, southern Italian queer performer, writer and activist with writings at avicollimecca.com and music at myspace.com/peacenikssf.