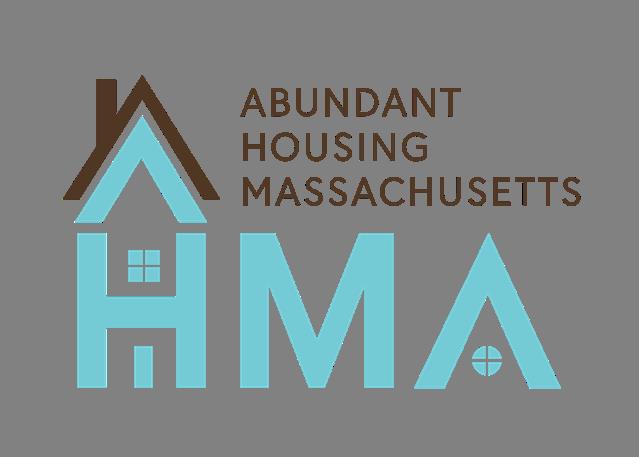 The Massachusetts Senate passed Housing Choice unanimously. Its differences from the House bill involve unrelated provisions in a larger economic and housing development package. Passage is certain, but since the legislature extended its July 31 deadline the exact date is not yet clear.

The first is that Donald Trump is wrong: even suburban voters across the nation increasingly support more  economically and racially diverse housing. Last March, voters in the affluent, primarily white suburb of Newton, Massachusetts strongly backed a 140-unit affordable housing development, the largest in the city’s history. Last November saw pro-housing slates win in Cambridge and Boulder, Colorado, with support for increasing housing affordability the central issue in both elections.

That even longtime anti-development Boulder elected a strong pro-housing slate is telling. As was Cambridge’s pro-housing council victories in an election where support for a citywide affordable housing overlay was the core issue (the measure passed the prior council but lacked super-majority support).

In the new paperback edition of  Generation Priced Out: Who Gets to Live in the New Urban America I describe the strong pro-housing momentum in urban America. I cite Massachusetts’ super-majority requirement as among the racist barriers “that have no place in progressive cities and states.”

Anti-housing cities like Cupertino, California (home of Apple) and Beverly Hills remain. And some “progressive” politicians in blue cities also maintain alliances with anti-housing homeowners to preserve racist exclusionary zoning laws. But election results and the passage of bills like Housing Choice show that public attitudes toward housing have changed. Far more cities and states are moving in a pro-housing direction.

The second national lesson from the Housing Choice campaign is that activists must prioritize ending state barriers to increased racial inclusion and affordability. State laws that restrict housing construction, ban local rent control and eviction protections, and prevent cities from enacting inclusionary housing  must be challenged.

That’s why Massachusetts groups like the Citizens’ Housing and Planning Association (CHAPA), the Massachusetts Housing Partnership, Abundant Housing MA and local groups like A Better Cambridge fought so hard to pass Housing Choice. And why Mayors from diverse cities like Salem’s Kim Driscoll and Somerville’s Joseph Curtatone strongly backed the bill.

CHAPA’s Rachel Heller told me that she sees Housing Choice as “changing the power dynamic that most often stops development, drives up home prices, and perpetuates segregation. As the President takes away tools to help communities undo the barriers that keep people out, Housing Choice will provide MA communities with a tool to intentionally put policies in place that foster inclusivity and create opportunities for people to live where they choose.”

Jesse Kanson-Benanav of Abundant Housing MA (a group focused on state action) echoed Heller: “For too long many MA cities and towns have used the supermajority rule as a tool of racist exclusion to protect exclusionary local zoning and perpetuate modern redlining. Massachusetts purports to be a welcoming and inclusive state and passing Housing Choice will help us move closer to that vision. Abundant Housing MA will use this opportunity to build a statewide coalition of grassroots, pro-housing advocates to fight for equitable zoning in every community, and for strong tenant protections like tenant right to counsel across the state.”

The path to passing Housing Choice was arduous. But the campaign had to be waged.

*In 2019 Oregon passed a statewide just cause eviction/rent stabilization law. Oregon activists replaced a state law that prevented cities from enacting such measures and imposed these tenant protections statewide. Portland activists did the same in 2016 when they won a state law allowing inclusionary housing in the city.

*In 2019 California’s legislature passed the strongest statewide tenant protections in history. It only happened because activists were not deterred by years of state level failure and kept working for change (See “Why CA Tenants Won Big in 2019,” September 17, 2019)

*California’s statewide ballot measure this November (Prop 21) would overturn the notorious Costa-Hawkins anti-tenant law of 1995. Costa-Hawkins singlehandedly made rental housing more expensive by exempting single-family homes from rent control and preventing cities from limiting rent hikes on vacant apartments. The law passed amidst a far more affordable 1995 housing market; voters now have a chance to replace it with a law fitting for today.

*New York City tenant activists won strong new tenant protections in 2019 after years of being stymied by state control of the local rent control law. This followed the November 2018 election of pro-tenant legislators, and the refusal of local activists to give up on winning change at the state level.

*Sara Bronin just stepped down as chair of the Planning and Zoning Commission of the City of Hartford in order to focus on statewide land use reform through a new group she helped organize, Desegregate Connecticut. The group is a coalition of over thirty organizations working to end racially-based land use discrimination at the state level.

State laws in Colorado, Illinois, Texas, Washington and other states block cities from enacting essential affordability measures. The passage of Housing Choice should encourage activists to keep battling at the state level to win  real change.

The third message of Housing Choice’s success is the importance of pro-housing governors supporting specific bills and then pushing for passage. That’s what Massachusetts Governor Charlie Baker did for Housing Choice.

It’s what California Governor Gavin Newsom did not do on Scott Wiener’s SB 50 or on any other housing production bill. Newsom ran in 2018 pledging to add 3.5 million new units. He openly backs the type of state preemption of local zoning restrictions that Wiener’s bill offered. Yet the Governor has not endorsed any specific zoning reform measure, and many believe this lack of public support prevented SB 50 from passing.

New York Governor Andrew Cuomo also fails to walk the talk on housing. You’d never think that he was a great former HUD Secretary after his failure to prioritize new housing production as governor.

Activists need to demand that Governors back specific bills. When the state’s top politician fails to do so it makes it a lot easier for legislators to take a pass.

The victory for Housing Choice was never assured and was in doubt only weeks ago. Fortunately, housing advocates never stopped mobilizing for victory. I congratulate them on their victory and urge others to look at the Housing Choice campaign as a model