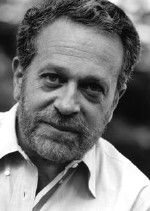 Former Clinton Labor Secretary Robert Reich has carved out a role as the token liberal on Kudlow & Company, CNBC’s leading business show hosted by Republican Larry Kudlow. Reich was not much of an ally of organized labor while serving as Labor Secretary, and his legacy includes intensive lobbying of progressives to support NAFTA. Reich has moved left in recent years, and by all accounts is as friendly and warm-hearted a person as exists in politics. But Reich’s comments on Kudlow’s April 20 show reveal that he neither understands the Employee Free Choice Act (EFCA) nor is an effective advocate for its passage.

Kudlow & Company is part of CNBC’s attempt to steal Republicans from FOX News, and its pundits are dominated by conservative, anti-union voices. In the show’s April 20 debate on EFCA, Reich’s opponent emphasized his outrage at EFCA’s alleging depriving workers of a secret ballot.

Reich should have responded by saying that EFCA did nothing to abolish workers right to a secret ballot election. Reich should also have told viewers that workers have long joined unions through signing authorization cards, and that all EFCA does is prevent employers from vetoing this process.

What did Reich say instead? He agreed that it’s wrong to abolish the secret ballot — which EFCA does not do — and said he shared his conservative opponent’s objections to that provision.

So much for point-counterpoint.

EFCA backers were no doubt thrilled to hear the only liberal on CNBC mimic conservative falsehoods on employee free choice.

Unfortunately, Reich did not stop with misinforming CNBC viewers about secret ballots. Seeking agreement with his right-wing adversaries, he asked whether they could not agree that companies that violate union organizing rights should pay steeper fines.

Reich proposed quintupling the current fines to deter wrongful employer conduct. Where have we heard that idea as a substitute for real reform before?

From his former Clinton Administration colleague Lanny Davis, who represents Starbucks, Whole Food and Costco in opposing EFCA. Davis has been promoting increased fines wherever he goes, and it is not much of a leap to conclude that his viewpoint reached Robert Reich.

So we have a former Clinton Labor Secretary publicly promoting the anti-EFCA agenda of two of the nation’s largest anti-union companies. No wonder we increasingly hear that the EFCA campaign — which seems far more top down than bottom up at this point — is in trouble.