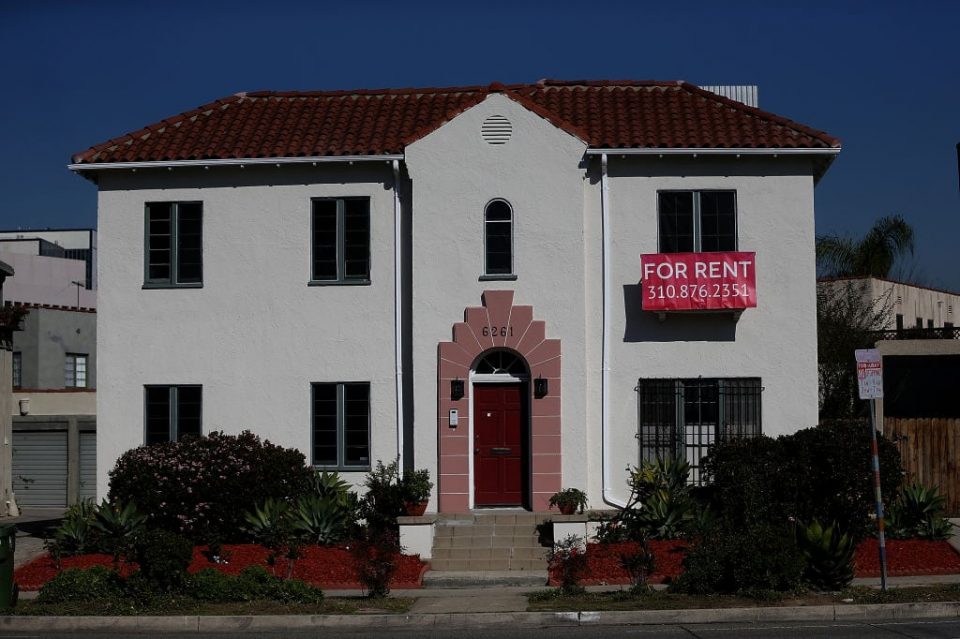 The California Association of Realtors fired its first volley Wednesday in its fight to kill off a rent protection measure that is facing a final round of votes next week in the state Legislature – even while some of the group’s key business allies have stepped away from the battle.

In a series of advertisements it bought on the Capital-based news site CalMatters, the Realtors, whose 200,000 members mostly deal with home sales, have ripped Assembly Bill 1482 as “the wrong solution to California’s housing crisis,” just a few days after the bill’s author acceded to suggestions from Gov. Gavin Newsom to re-amend the legislation to impose a lower rent cap and to extend the bill’s lifespan if it becomes law.

AB 1482’s backers said that previous amendments already removed what should have been its most objectionable provision to the real estate lobby: that the rent protections would apply to the owners of single-family rentals. The legislation now almost totally exempts these.

“It’s unclear,” said Anya Lawler, a lobbyist with the Western Center on Law & Poverty, a long-standing advocacy group for poor people, “why they care about a bill that doesn’t impact their business.”

“We have a bill on the table that the industries who build housing and who rent housing are comfortable with and that delivers the protections my clients need,” Lawler said. “We think it’s a pretty solid deal.”

Said AB 1482’s author, Assembly member David Chiu (D-San Francisco): “This bill balances the need to protect tenants from large rent increases and unfair evictions while allowing property owners to make a fair return. The Realtors opposition feels a bit out of place since the bill does not affect their industry or members.”

A spokeswoman for the California Association of Realtors directed an inquiry Thursday about the group’s position on AB 1492 to an Aug. 30 statement issued by its president, Jared Martin, in which he said the association “supports policies that increase the housing supply for rent and ownership.”

The pending version of the bill that is likely to go to the full state Senate next week, and then back to the Assembly, where it has already been passed, “will not incentivize production of rental housing or help more people find an affordable place to live.”

Asked about the online advertisements that appeared Wednesday and Thursday, the association spokeswoman said, “We’re not going to get into the ad campaign.”

Last year, the Realtors Association contributed $8 million to defeating Proposition 10, the ballot measure that would have repealed the Costa-Hawkins Rental Housing Act and permitted local governments in California to a pass a wide variety of rent control measures. Opponents outspent supporters $72.1 million to $25.6 million in the campaign, and the money helped persuade voters to defeat the measure by 2.2 million votes, or a 59 percent to 41 percent margin.

This year, Assembly member Chiu introduced the AB 1482 legislation that included a five percent rent cap, plus inflation adjustments, by the time it got to its first committee hearing, with an added “just cause” eviction protection clause, a three-year sunset date, and a provision to exempt landlords with single-family home portfolios of 10 residences or less.

The Realtors dropped their opposition to the bill when Chiu accepted amendments to raise the rent cap to seven percent. They resumed their resistance last week when Newsom announced a deal with legislative leaders that dropped the cap back to five percent, with a 10-year sunset date, even though the bill – which still hasn’t been printed up in its amended form – will now carve out almost all single-family homes from coverage unless they are owned by large institutional investors, according to its sponsors.

Then came this week’s ad campaign.

“Honestly, the current bill has everything the Realtors asked for,” said Christina Livingston, executive director of the Alliance of Californians for Community Empowerment, a co-sponsor of AB 1482. “They essentially have written themselves out of this bill. Realtors who are supposed to be part of the community should understand the benefit of being able to create stable neighborhoods. I’m surprised they went to this extreme over two percent and seven years.”

In a little twist, the Realtors launched the campaign under the name “Housing for California.” The title caught the attention of officials at Housing California, the advocacy group that played a lead role in last year’s successful Propositions 1 and 2 bond measures that raised $6 billion for new affordable housing construction in the state.

“I think it’s important to distinguish between the two organizations,” said Housing California associate director David Zisser. “Housing California stands for affordable housing, protection of tenants, and preventing homelessness, and the Realtors have traditionally stood for trickle-down, market-rate theories and opposing protections for renters. We really have a focus on Californians who are struggling the most, whereas market-rate production strategies serve higher income populations and don’t serve those who are struggling the most.”

Meanwhile, in Los Angeles, County Supervisor Sheila Kuehl and other local leaders will hold a press conference next Tuesday ahead of the board’s vote on a permanent rent stabilization ordinance and eviction-defense motion. The leaders will be pushing for elected officials to expand rent protections to some three million additional residents in the county who currently do not have it.