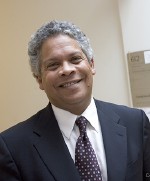 Although District 11 Supervisor candidate Randy Knox did report a $500 donation from eviction lawyer Andrew Zacks, he returned the check on October 3rd—six days before Beyond Chron published our analysis of the latest campaign filing reports for various local races. According to Knox, the check was unsolicited—and he does not have a personal or professional relationship with Zacks. He said he knew that Zacks is a land use attorney (based on his four-year tenure on the SF Board of Appeals), but was not aware he did Ellis Act evictions—and does not condone what Zacks does. “If you look at my record on the Board of Appeals,” said Knox, “I have never ever voted for an eviction.” Beyond Chron received documentation from the Knox campaign that he returned the check October 3rd, and told Zacks it was not appropriate for him to accept it.