The Rise of Protected Intersections in the U.S. 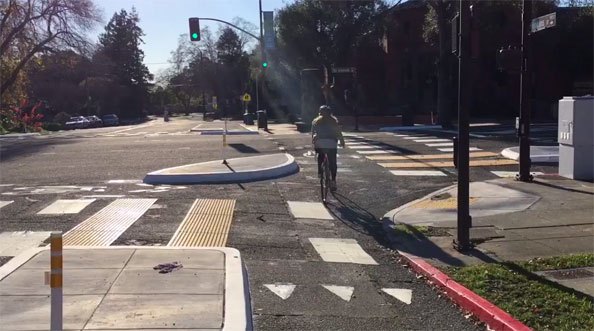 The country’s newest major bike-lane innovation is very young. But so far, it’s spreading faster than the protected bike lane did.

Protected intersections — a clever way to rearrange traffic so that people on bikes and cars no longer have to look over their shoulders for each other — have existed for decades in other countries. But after they were visualized for the U.S. context in 2011 by the Dutch blogger Mark Wagenbuur and given a name in 2014 by the U.S. planner Nick Falbo, the design burst into the spotlight. Last year, four opened to regular traffic: two in Austin, one in Salt Lake City, and one in Davis, California.

Because we love charts, here’s what that looks like on a chart: 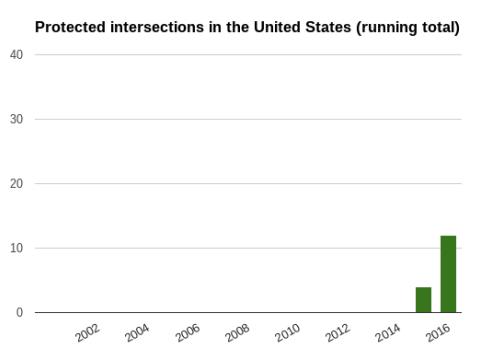 And here’s another chart: the number of protected bike lanes in the United States over the same period. 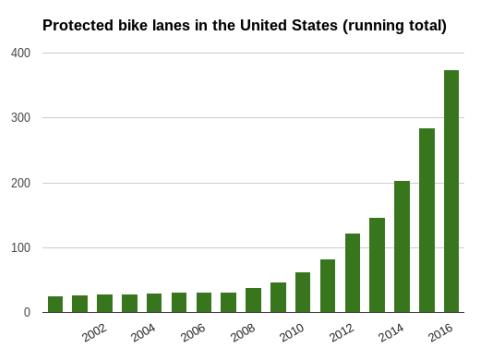 The vertical scales are different, of course, and two years isn’t much of a trend yet. But since 2009, protected bike lanes have followed an almost eerily predictable pattern: their number doubles every 26 months. That trend continued in 2016, with at least 387 on the ground as of December, 96 of them new this year.

So far, the country’s count of protected intersections is doubling every eight months. 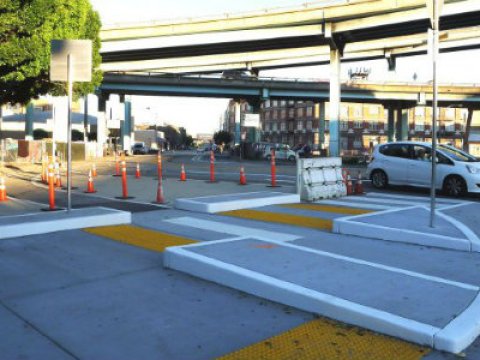 It’s entirely possible that the spread of protected bike lanes has primed the national network of bikeway design professionals, making it easier for good ideas to spread quickly. And there’s widespread agreement among street designers that intersections are the weakest points in current U.S. bikeway design. While protected intersections aren’t the only option for making them better, they’re a very useful one.

Because a protected intersection can improve any bike lane (not just a protected one) they may actually be easier to install quickly. Consider that the country’s most influential transportation engineering organization may vote in 2017 to approve a new bikeway design guide that includes protected intersections, and the future of crossing the street starts to look downright exciting.