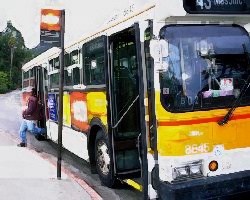 Just about anyone who lives in San Francisco has an opinion about MUNI – is it doing a good job, a bad job, and so on. Few San Franciscans have likely even heard of the San Francisco County Transportation Agency (SFCTA) – much less know what to think of it.

And yet, the SFCTA may be one of those rare success stories in local government where a transit agency, run by officials directly elected by the people, actually spends its money and resources on ways to improve transportation in San Francisco. Proposition P on the November ballot threatens to jeopardize its success due to political posturing that has no place in governing transit policy.

Unlike other agencies, the SFCTA does not have a lot of overhead, and doesn’t dole out high salaries to upper management. Instead, its focus is to fund specific projects and participate in regional planning to enhance transportation for San Francisco’s citizens.

While the Board of Supervisors often takes criticism for its handling of issues, the fact that members of the Board successfully run the SFCTA is a positive example of what the Board can do when focused. And by law, the SFCTA can only be run by elected officials – unelected officials (such as the board of the San Francisco Metropolitan Transit Authority) cannot be in charge of the sales tax money the SFCTA administers.

Here’s just one example of how the SFCTA helps improve SF Transit. When citizens in the Inner Sunset wanted improved signaling for the N Judah line at Irving and 9th and Judah and 9th avenues, the SFCTA provided the funding and planning to get the job done. This is just one example of the SFCTA’s “Get Things Done” culture, you can read more at the SFCTA website and see for yourself.

If the SFCTA is doing such a great job, voters may wonder why it is Proposition P was proposed to change the makeup of the SFCTA Board. And here’s where the politics of City Hall interfere with good policy.

Simply put, a political fight between certain members of the Board, who wanted to directly appoint 40% of SFMTA board members, got in a fight with Mayor Newsom, and the end result was originally going to be two competing measures on the fall ballot.

One would have been a “Let the Board appoint more SFMTA board members” measure, and the counter-punch was Prop. P, which places more power over the authority in the hands of the Mayor.

None of this dispute had much to do with running the authority any better – instead it was all about the pushing and shoving between the Board of Supervisors and the Mayor’s office. In the end, the original Board-sponsored measure was withdrawn – but Prop. P remained.

Proposition P is one half of a political fist fight the other side abandoned months ago. There’s no indication anything is “broken” at the SFCTA after examining its record – and there’s no indication that switching over authority to the Mayor, 1 mayoral appointee, the Board President, 1 board appointee, and the Treasurer will make the SFCTA any more effective than it is now.

We have many problems with City government, and there are plenty of legitimate concerns and reforms to make it run better. However, the adage “if it ain’t broke, don’t fix it” applies to the SFCTA, and it makes sense for voters to quietly reject this measure and ask good people on all sides of the political spectrum to find ways to get in a room and work together and make all levels of government work more effectively. And leave the political fisticuffs at the door.

Greg Dewar publishes the N-Judah Chronicles, which was voted “Best Local Blog” by the SF Bay Guardian’s ‘Best of the Bay’ for 2008.