SF Chronicle, Tenants Agree: No on Prop B 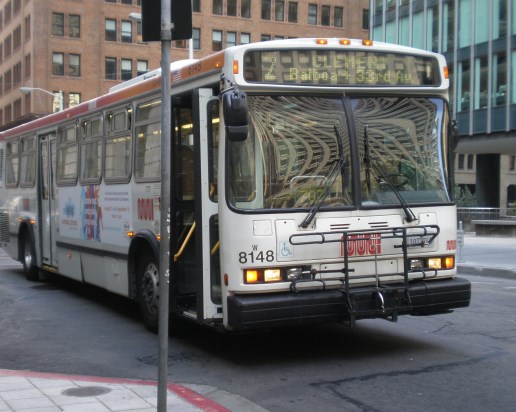 The San Francisco Chronicle announced on October 4 that it is urging a No vote on Prop B, which raids $22 million annually from the city’s health and human services budget. The Chronicle joins tenant groups and a growing list of organizations opposing this ill-conceived ballot measure.

Despite this opposition, defeating Prop B will not be easy. Its backing by the SF Democratic Party gives the measure a real chance of passing. Members of the SF Democratic County Central Committee were forced by tight time constraints to make their endorsement before even hearing from the opposition; given the cross-section of opposition that has emerged, the SFCCCC would likely have taken a different position if given the chance to revisit the issue.

But ask yourself this: who speaks more for the city, the members of the SFDCC or the combined No on B stance of one of the most diverse coalitions ever seen on the same side of a ballot measure?

It’s not often you find the Chronicle, Beyond Chron, SPUR and the SF Tenants Union on the same side of a policy debate. That’s such a rare lineup that I could not recall the last time these groups’ views so closely aligned.

But all agree: Prop B is a blunder for San Francisco and should be defeated.

The entire premise of Prop B is that raiding the city budget of $22 million each year is necesary for MUNI’ s budget to keep up with population growth. But what Prop B backers do not disclose is that MUNI’s budget has increased ten times population growth over the past decade.   Nor do they tell voters that MUNI  already includes a general fund set-aside based on the percentage annual increase or decrease in the City’s general fund revenues.

In other words, Prop B is a classic case of double-dipping. Without Prop B or any action from the mayor or Board of Supervisors, MUNI’s budget is automatically increasing by $8 million in the next fiscal year. Prop B adds $22 million on top of this additional $8 million, meaning that SFMTA’s budget is taking money from the poor even beyond what it claims to need for “population growth.”

MUNI already has a set-aside. Now Prop B wants to allow their to “double dip” with two set asides when most city programs have none.

But Prop B’s population growth lie is even worse. Because Prop B guarantees automatic MUNI increases even if the city’s population declines!

If San Francisco suffered an urgent crisis, it could not reprogram Prop B’s $22 million plus without going back to the voters. And voter approval to get these funds would be needed even if a calamity reduced the city’s population.

Prop B was written so that its raid on programs for the poor starts at $22 million and then automatically grows by $1.5 million a year.

Human service programs don’t get automatic budget increases when population rises. Nor do police, fire, health care, the arts or any other city service.

Prop B’s innocent claim that it simply ensures MUNI spending tracks population is not only false—since MUNI already gets such funding—but runs counter to the entire city budget.

In November 2008, San Francisco voters passed Prop S, which established a policy that any new budget set-asides proposed at the ballot in the future should conform to certain guidelines. The central guideline was that future set-aside measures “identify a funding stream to pay for the dedicated funding.”

Prop B ignores this voter-approved requirement. Prop B identifies no funding stream to cover the $22 million raided from the city budget. Realizing that a lot of voters will find this a problem, its backers have even taken to falsely claiming that new housing developments will “underwrite the funds Prop B will send to the SFMTA.”

What nonsense. Prop B will take its $22 million from the poor, pure and simple. It is a classic case of Robin Hood in reverse.

No wonder the more people and groups learn about Prop B, the more they come out against it.

Randy Shaw is Editor of Beyond Chron. He details the proper process for building support for grassroots ballot measures—not followed by Prop B—in The Activist’s Handbook: Winning Social Change in the 21st Century