Prop 25 is Most Essential Part of November Ballot 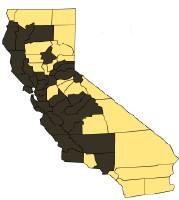 The California Secretary of State’s Office has assigned numbers to all the November ballot measures, so now we know that passing Proposition 25 and defeating Proposition 26 are absolutely essential. The two-thirds requirement for passing a budget has paralyzed our state every year, and Prop 25 would end the extortion by a vocal minority of right-wing Republicans. The only question is whether Democrats and progressives will run the kind of smart campaign that makes voters want to pass Prop 25, building a statewide coalition that rounds up more than just the usual suspects. While some are upset that Prop 25 keeps the two-thirds rule for tax increases, it is imperative for progressives to make its passage a #1 priority – as it would at least allow the state to pass a budget, and the legislature could still raise revenue thru fees. But Prop 26, also on the November ballot, would make an untenable problem worse – by counting fees as “taxes.” While we pass Prop 25, every effort must be made to defeat Prop 26.

As Sacramento is once again mired in an intractable budget crisis, the culprit is by now well known. California is one of only three states in the country to require a two-thirds super-majority to pass the budget – and with Republicans stuck in a permanent minority, their only resort is to obstruct. Moreover, every one of them signed a pact in blood never to vote for a single tax increase whatsoever.

But even when Democrats take taxes off the table, they refuse – GOP State Senator Abel Maldonado only voted for last year’s budget after the legislature agreed to put a couple irrelevant propositions on the state ballot, and in years past Republicans have demanded offshore oil drilling and repealing labor laws.

Meanwhile, schools are a disaster, hospitals close down, local governments struggle and a new wave of activists are protesting the inevitable budget cuts. At this point, failure is not an option.

But the movement to repeal the “two-thirds rule” has been divided and dispirited – with Professor George Lakoff’s initiative to get majority rule for the budget and taxes failing to qualify. Proposition 25 was put on by labor unions and the Democratic Party, and political consultant Roger Salazar has been retained. Liberal bloggers and other progressives are skeptical, with some going so far as to claim it doesn’t make sense to get a majority for the budget – if raising taxes we need would still require a two-thirds vote.

They are mistaken, and we need their energy to pass Proposition 25 now more than ever. In fact, the two sides cannot win without each other’s active support – because we need a coherent political strategy. And there’s a lot the progressive grassroots can bring to this.

In 2004, California voters defeated – in every county except San Francisco – Prop 56, which would have ended the two-thirds rule for the budget and taxes. All it took was for opponents to run commercials asking if we want to “make it easy for politicians to raise taxes,” and it was dead. But that’s not the only reason why it lost – voters are inclined to reject propositions they don’t understand, and you can’t just put a measure on the ballot and expect it to prevail on the merits. Winning requires a serious grassroots investment.

But messaging is also important – and so far, the Prop 25 campaign is repeating some of the same mistakes. For example, they call it the “On-Time Budget Act” – and they hope that voters will respond to the message that Prop 25 will “end gridlock.” There’s even a provision that legislators can’t get paid if the budget doesn’t pass on time, which was also part of the doomed Prop 56. In other words, their plan is to tap into anger at Sacramento that spans across the spectrum – without directing blame at one political party or another.

This can’t work for a few reasons. First, voters don’t pay close enough attention to know that the budget never passes on time – and it’s naïve to think that a majority-vote budget would end gridlock. The problem is not gridlock – but extortionist deals by a handful of Orange County and Central Valley politicians who abuse the process every year. We live in a blue state, and Democrats should not be afraid to say that Prop 25 is about ending the Republican politicians (a “tyranny of the minority”) who want to kill government.

In fact, a campaign that capitalizes on how much everyone hates the legislature might end up helping Proposition 26 – whose passage would make our terrible system even worse. Right now, the only way we have avoided the worst budget cuts is that fees (unlike taxes) only require a simple majority to pass. Prop 26 (which the right-wing put on the ballot) would re-define all fee increases as “taxes” – not just in Sacramento, but locally as well.

But the biggest problem with calling it the On-Time Budget Act is it keeps the focus on Sacramento – and the legislative process.

The reasons California needs Prop 25 are not academic. Our budget dysfunction has had a real impact on the state’s economy. Unemployment is sky-high, school funding has declined to the point we will be 50th in per-pupil spending, community clinics have shut down and parks are in trouble. Californians are outraged, and it’s our responsibility to show them that we can’t afford not to pass Prop 25.

That means our campaign has to be about the students at UC who are facing tuition hikes (every Cal student who chained themselves to Wheeler Auditorium needs to work on this campaign); the school teacher who is getting pink-slipped from her job; the nurses facing budget cuts at their hospital; the firefighters who must go without proper equipment; and we even need the conservative prison guards union to be out there supporting this. All these people are more compelling and persuasive than Democrats in the State Capitol.

Another way to win? Get out of San Francisco, and go where the votes are in California. As I reported on the night we defeated Prop 16, statewide campaigns are won and lost in L.A. County – and Prop 25 will have to do well there. Another reasons we defeated PG&E on Prop 16 was an unusual high level of support from the Central Valley – conservative counties who had been disgusted by the utility company. “No on 16” did a great job reaching out to more Republican-leaning groups – refusing to concede any constituency in the state.

Because Prop 25 only applies to passing the budget (and not raising taxes), we may get an unusual ally in this effort – conservative Republican Tom McClintock.

A former State Senator who now serves in Congress, McClintock endorsed the concept of eliminating the “two-thirds rule” for budgets back in 2007. McClintock’s politics are far-right, but unlike other Republicans is often willing to take an independent, principled and ideologically consistent stance. He will not be an ally on defeating Prop 26, but the “Yes on 25” campaign should ask for his endorsement – and then shoot an ad.

Quite a few other propositions on the November ballot also affect the state budget:

Prop 19 – Legalize marijuana, and allow (but not mandate) taxing it. This has been in the news lately in the context of the budget crisis, but Prop 19 itself does not raise revenue. How taxes or fees would be raised for marijuana is not spelled out.

Prop 21 – Raise the Vehicle License Fee by $18, and registered cars that paid that fee will get free admission at California’s State Parks. Prop 21 would also set aside a Parks Fund from fees paid into the park, so that the Governor and legislature can’t touch that money.

Prop 22 – Prohibit the state from stealing transportation funds from local government to balance its budget. Arnold has been guilty of committing this on a number of occasions.

Prop 24 – Repeals corporate tax breaks the legislature passed in 2009 – which the GOP minority demanded in order to get the two-thirds majority needed to pass the budget.