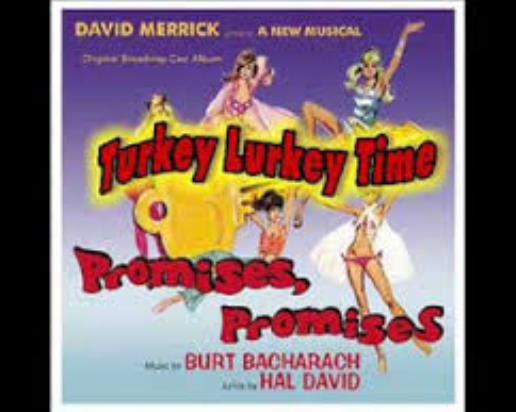 The plot is simple: Chuck Baxter lends out his apartment to various executives. Chuck tackles “Half as Big as Life” and “She Likes Basketball”. He doesn’t know what and when to leave. But the duet “I’ll Never Fall In Love Again” are standouts.

The Orchestrations are so layered and so witty, it captures this time when corporate life was exclusively dominated by men. Sexual liberation was coming on fast on the best of melodies. It sure as hell is one of the best masterpieces on the stage.

The bright and glorious musical keeps all its promises with a startling spectacular set that is a show in itself with sliding screens and multiple projection. The music is lively and tuneful with a distinctive Bacharach beat that drives the story forward. Part of the story is a dark but happy version of “How To Succeed In Business” it definitely is a toy. The Grand Hoopla gets to play with the secretary.

Jeffrey Brian Adams plays the hapless hopeful climbing the corporate ladder. His performance has so much energy that he literally flies off the stage. When I say flies off the stage – it’s like the Wizard of Oz. How he jumps off the stage and then makes a run to jump up in the air back on the stage. It’s a miracle. Adams also has his quiet moments are also very effective too. Johnny Moreno is a playboy. He is The boss you love to hate. However, his suave demeanor is as smooth as silk. Monique Hafen plays the girl they both love with her usual charm and talent.

Ray Reinhardt and Corinne Proctor both turn in show stoppin cameos. The rest of the cast give great support and dance up a storm. The Orchestra which carries the outstanding show is conducted by Kevin Roland. “Promises, Promises” is the best Christmas gift the SF Playhouse could have given us.

IT’S A MASTERPIECE ON THIS STAGE!

“OF THE BEST – HEAD AND SHOULDERS ABOVE THE REST”

AS THEY PROMISED: THE BEST STARS ARE HERE