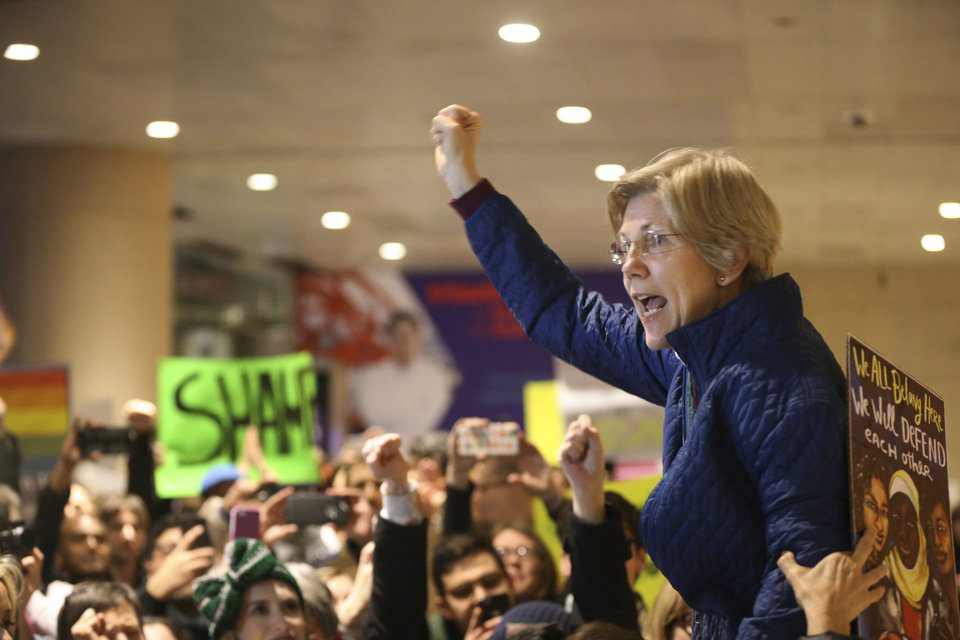 Until last week, Massachusetts Senator Elizabeth Warren was a beloved progressive icon. Her populist attacks on Donald Trump drew such raves that many progressives pushed for Clinton to make Warren her VP.

Now Warren is being criticized by Markos Moulitsas of Daily Kos and other progressives who once backed her for the Vice-Presidency. What changed? She voted to confirm Ben Carson as HUD Secretary. As Kos puts it, “we can’t even get Elizabeth Warren to commit to full resistance.”

Too Hard on Allies?

Progressive politicians should pay a price when they betray progressive interests. And a lack of accountability has been a problem.  But the attacks against Warren’s vote are far out of proportion.

Consider the favorable comments about Carson following his confirmation hearing made by Diane Yentel, President and CEO of the National Low Income Housing Coalition . Yentel, representing the nation’s leading DC-based housing advocacy group, said that the nominee “has clearly taken the time to begin to understand and come to appreciate the importance of HUD’s programs… Dr. Carson’s commitment to advocate for HUD’s programs within the administration was a positive and welcomed one.”

Warren’s vote is consistent with the NLIHC’s position. She also reasoned that there was no reason to suspect Trump would offer a better HUD nominee, and the alternative could be much worse.  Support for Carson from the nation’s leading DC-based affordable housing advocacy group may explain why there was no national grassroots campaign against Carson’s confirmation as has arisen against Betty De Vos (Education) and Andrew Puzder (Labor).

So while the left was miffed that Warren backed Carson, her vote did not mean that she fails to understand the importance of resistance (she was at Logan Airport over the weekend with a megaphone). Nor that she was not “listening” to the Democratic base.

A poll last week found that Warren could face a tough re-election battle next year. This is not the time for progressives to join Republicans in criticizing a Senator who has been on the right side of every big progressive issue since taking office.

Too Soft on Allies?

While progressives take a hard line toward their national allies, it is different locally.

For example, last March when the San Francisco Chronicle asked San Francisco Supervisor Norman Yee which sites in his District Seven would be suitable for new homeless centers, Yee said, “I can’t think of any.” Yee had backed a proposal to increase Navigation Centers, but said they were not suitable for his district because “I don’t think it’s appropriate to have it next to a business for families and children.”

If a moderate like Mark Farrell made such a comment, progressives would have torn him apart. They’d condemn Farrell for accepting the placing of homeless centers near businesses for families and children in the low-income SOMA or Tenderloin, but not in his more affluent District 7.

But progressives remained entirely silent. After all, Yee is a “progressive.”

When Jane Kim opposed a soda tax on San Francisco’s November ballot backed by most progressives, progressives backing the measure remained silent or tried to justify her position. The feeling, which I shared, was that Kim’s  solid progressive record did not justify her being attacked for her position on a single issue that was not central to the city’s progressive agenda.

But progressive activists act differently at the national level. Politicians like Barack Obama or Elizabeth Warren are lambasted for any deviation from the progressive line, an approach seen as counterproductive locally.

Progressive politicians must be held accountable to their grassroots progressive base. As I describe it in The Activist’s Handbook, activists need to instill a feeling of “fear and loathing” in many politicians to ensure they do the right thing.

But Elizabeth Warren has proved her progressive mettle time and again. She does not need to be proverbially hit in the head by a two by four to do the right thing.

At a time when the stakes for the nation have never been bigger, Warren deserves our support, not condemnation.