Progressives Should Support (Some Form) of CEQA Reform 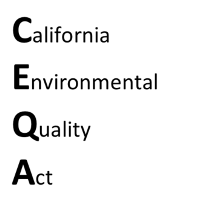 In the past two weeks, there has been more serious talk about reforming the California Environmental Quality Act (CEQA) than has been heard in years. Much of this is driven by California Governor Jerry Brown’s recent pronouncement that the 1972 law acts as a “land mine” that blocks development, reaffirming his longstanding call (based on his years as Oakland mayor) for “some reasonable changes in the law.” Environmentalists, labor and other opponents of “CEQA reform” quickly responded. Gary Patton, an environmentalist who spent two decades on the Santa Cruz Board of Supervisors, warned: “watch out for those so called CEQA “reforms.” They are trying to take away one of the best laws we have ever had!” The California Labor Federation passed a resolution submitted by the State Building & Construction Trades Council reaffirming its commitment to “protecting the critical components of CEQA that have made it effective.” But CEQA’s use by opponents of such socially beneficial projects as bike lanes, affordable housing, and solar power farms does not fit such criteria, and progressives can benefit from the right type of reform.

I’ve spent enough time dealing with state legislation to understand why environmentalists, labor and other progressive groups fear legislative “fixes” to CEQA. Once Sacramento lobbyists and politicians get going, proposals originally designed to address obvious abuses such as CEQA’s delaying bicycle lanes can become something quite different.

Sacramento is a political environment where major legislative changes can be made in late-night, “backroom” deals that the public only discovers after it’s too late. The state’s many corporate “loopholes” were consciously created through this process, leaving progressives understandably wary of getting anywhere near “CEQA reform.”

But with progressives, environmentalists and labor having more clout in Sacramento today than at any time since at least Jerry Brown’s first term (1975-78), the state has a new political climate. Progressives should not avoid trying to rid CEQA of its most obvious abuses because they fear they will lose control of the process.

Is it reasonable to believe that the current State Senate could pass a CEQA reform bill opposed by the Cal Labor Fed or Sierra Club?

If these groups believe that Sacramento Democrats are so controlled by real estate and development interests that they would betray labor and greens on CEQA reform in a heartbeat, than they need to rethink their approach to California politics. We are not going to see a more progressive state legislature any time soon, and if this Democratic-dominated body betrays its base, than progressives need to revive efforts to create a real third-party.

I don’t think that latter approach is necessary. In fact, Brown’s interest in CEQA reform makes progressive changes possible, though on his own he would make the kind of bad revisions that environmentalists fear.

Brown left his Oakland mayoralty convinced that CEQA is a major obstacle to inner-city revival and jobs creation, notwithstanding the building boom that characterized his tenure. Gary Patton’s article linked above suggests that Brown wants CEQA changes to facilitate high-speed rail; if true, that would mean Brown is using high-speed rail to justify not spending money on affordable housing and for weakening environmental protections.

But because Brown gets things done, he could be part of a CEQA reform package that meets progressives’ test of maintaining the law’s critical components. For all of the examples of nonprofit housing groups stymied by NIMBY-driven CEQA delays, it’s worth at least trying to take advantage of the current political climate to address long overdue progressive reforms.

When a San Francisco court struck down the city’s bicycle plan on CEQA grounds, most were incredulous. After all, wasn’t CEQA supposed to promote the type of environmental progress that bicycling represents?

I’m not clear what progressive interests are jeopardized by exempting bicycle plans from CEQA in all but rare cases.

Similarly, why are nonprofit, affordable housing projects not on the coast or in environmentally sensitive areas covered by CEQA? As millions of Californians lack decent and safe housing they can afford, why are we forcing affordable housing providers to expend what has become extremely scare state and federal dollars defending CEQA claims filed by NIMBY’s?

I’ve seen too many of these lawsuits designed to stop low-income people from living in certain neighborhoods to conclude that all is well with current law.

Finally, Brown may be right to question CEQA’s role in helping NIMBY’s delay a high-speed rail project that could reduce air and car travel. Similar concerns have been raised on CEQA’s use in making it difficult to find land for solar farms, despite solar obviously being a green energy source.

Should progressives ignore these problems and just say no to possible reforms? Such would display a sad lack of confidence in their ability to keep Democratic legislators in line, or to mobilize the public against “bad” changes.

Progressives have the best opportunity in decades to reform CEQA so that it better serves its original intent. Inaction simply ensures that CEQA’s negative impacts on progressive interests continue.