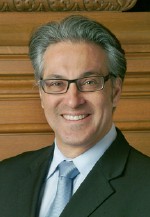 Now that he’s running for Sheriff, Supervisor Ross Mirkarimi is apparently seeking to broaden his electoral base to include politically active small landlords. How else to explain his comments in the May 1 New York Times that “vacancy rates are going up because owners have decided to take their units off the market,” attributing that response to “peaking frustrations in dealing with the range of laws that protect tenants in San Francisco that make it difficult for small property owners to thrive.” Mirkarimi is referring to the same tenant protection laws that he twice claimed to support when running for Supervisor. San Francisco rents are booming, yet Mirkarimi parrots the Alioto-Pier line on rent control. And his non-published comments to the reporter were even worse.

Ross Mirkarimi may be the Bay Guardian’s favorite supervisor, but he is apparently not reading the paper’s stories about the city’s rental housing crisis. How else to explain his repeating the falsehoods that rent control forces landlords to keep units off the market, and “makes it difficult for small property owners to thrive.”

But Mirkarimi’s spirited defense of a landlord seeking to evict a tenant went further. Check out Bay Citizen reporter Elizabeth Lesly Stevens’ online comments when questioned by a reader whether she quoted Mirkarimi correctly:

“I spoke with Ross Mirkarimi for the story because Wayne Koniuk’s building is in his district. The Supervisor had stopped by Mr. Koniuk’s workshop a couple of months ago in response to Mr. Koniuk’s appeal for help.

Mr. Koniuk showed Mr. Mirkarimi the letter demanding $70,000. Mr. Koniuk had offered $45,000. (The Bay Citizen also has a copy of the letter, and I spoke with the attorney who wrote it). When speaking with me, Mr. Mirkarimi said that ‘my jaw dropped’ when he read the letter. ‘That letter is negotiated extortion, legitimized,’ he said, by the tenant/landlord laws as they have evolved in SF. The Koniuk episode ‘revealed how greed or special interest can shift [power] to the other [tenant] side.’”

Note that it is Mirkarimi who is describing the tenant side as representing “greed” and a “special interest,” not the reporter. Stevens’ account of her conversation with Mirkarimi continues:

“He then went on to discuss the notion of rental-landlord law reform, and explained the reasons why it is unlikely that anyone would be willing to take on this issue. We are ‘beginning to see on all sides the unravelling of laws that once worked maybe 10 years ago,’ Mr. Mirkarimi said. ‘Unless some sweeping reform assures tenant concerns about not taking very precious housing stock off the renter market, yet make entry and home ownership affordable’ and allowing owners to see a way to take possession of their properties, nothing will change. And the current situation is less-than-ideal, ‘in a stasis, in its own stasis,’ he said. Any attempt at reform is unlikely because of the ‘absence of leadership, the political will and leadership that needs to bring together all stakeholders.’”

Mirkarimi has served on the Board of Supervisors since 2005, and has voted with tenants whenever he was not barred from doing so by a conflict attributable to his condo ownership. Either he is now articulating views critical of tenants that he previously suppressed, or has altered his positions for his citywide Sheriff’s race (which is unnecessary given he is getting Mike Hennessey’s endorsement today and Hennessey has been backing tenants since his first election in 1979, with no downside).

Regardless of his motives, Mirkarimi is wrong about the “unraveling of laws” and has never taken a leadership role on housing since joining the Board in 2005. And as for his claim about the lack of entry level housing, there are hundreds if not thousands of affordable newly built vacant condos ready for purchase that create homeowernship opportunities without evictions.