Pro-Housing Voters Must Get Political 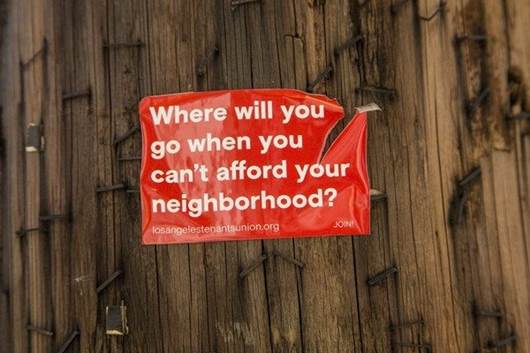 This week’s Berkeley City Council vote against a measure designed to build housing on BART parking lots (AB 2923) offers a wake- up call to pro-housing advocates. Berkeley voters would overwhelmingly back a ballot measure to build housing on the North Berkeley BART station, but the actual decision was made by district councilmembers whose elitist, anti-housing views are kept under wraps in their campaigns.

Berkeley reflects the disconnect between the public and politicians when it comes to supporting housing.  In city after city, powerful anti-housing homeowner associations dominate land use policymaking while the broader, pro-housing electorate focuses on other issues.

The rising YIMBY movement is helping by requiring candidates to take specific positions on building housing that go beyond the standard “we support affordable housing.” But it takes a vote like the Berkeley City Council’s opposition to AB 2923, a bill backed by labor, housing and groups fighting climate change, to realize that far too many voters are not paying close attention to candidates’ housing stands.

Next Tuesday’s California election is a good time to start.

Where Candidates Stand on Housing

Gavin Newsom’s huge lead has taken attention away from an election that should have caused a statewide conversation about California’s housing crisis (as has occurred with Cynthia Nixon’s challenge to Andrew Cuomo in New York).  Liam Dillon of the LA Times has done a great job evaluating the reality of pledges by Newsom and Antonio Villaraigosa to build 3.5 million new homes  but the lack of a competitive race has diverted attention from the contest.

Newsom could be a great governor on housing, and could potentially move a politically acceptable version of SB 827 over the finish line. But a state with the nation’s worst homeless and housing crisis should have had a governor’s race where these issues gained center stage.

On Costa-Hawkins repeal, which will be on the November ballot with the governor’s race, only Delaine Easton, who has little chance to make the runoff, supports repeal. Something is amiss when an issue that galvanizes tenants in localities is not a key issue among Democrats in an open seat race for California Governor.

Most California voters likely do not know the housing positions of candidates in their state Assembly and Senate races. In the East Bay’s competitive Assembly race (D-15), campaign mailings focus so much on health, education and climate change that one might never know that Berkeley, Oakland, El Cerrito and Richmond all are suffering from an acute housing crisis.

I noted in my most recent story on the race (“Who Will Join Buffy Wicks in East Bay D-15 Assembly Runoff,” May 8) that Jovanka Beckles had the only campaign website that cited her support for Costa-Hawkins repeal. I subsequently asked the candidates where they stood on the BART housing bill AB 2923, and only Buffy Wicks responded (she supports the bill).

Why did other candidates not take a stand for or against the Berkeley City Council’s proposal to put the city on record against AB 2923?  The logical inference is that they felt taking a position would cost them votes—-and housing folks in the district let them get away without taking a stand.

This has to change.

The biggest threats to tenants in rent-controlled cities—the Ellis Act and Costa-Hawkins—-can only be solved in the State Legislature. And the biggest driver of housing unaffordability—an extreme shortage of units—likely requires some form of State Legislative action.

So if folks are not clear on where the candidates stand in time for June’s election, make sure you get up to speed for November.

San Francisco politicians nearly all support “affordable housing;” many just oppose many of the strategies necessary for getting it built. In the mayor’s race, London Breed is the only top candidate to support Prop D, the Housing for All measure. Prop D would bring more new money to address homelessness than any ballot measure in SF history and hundreds of millions of new dollars for affordable housing.

Jane Kim has been a 100% reliable vote in favor of increasing tenant and rental housing protections from her first day on the Board. Mark Leno was among the strongest tenant protection advocates both in the Assembly and State Senate. London Breed was not strongly pro-tenant protection from the start but her votes in recent years have supported tenants.

On building market rate housing, Breed backed SB 827 and is committed to the increased and expedited construction agenda of former Mayor Lee. Kim has backed development on the Board but during the campaign expressed opposition to building  on the underdeveloped Westside. Leno was critical of new market rate housing as a supervisor. Much of his key political support comes from frequent opponents of market rate projects.

Housing has not been front and center in the mayor’s race, but it’s gotten far more attention than is being given to the state politicians who hold such sway over California housing and tenant policies.

Pro-housing activists must do better. The stakes in November are too high for those who care about the housing crisis not to get more political.

Randy Shaw is Editor of Beyond Chron. His book, Generation Priced Out, on strategies for addressing the nation’s urban housing crisis,  will be out in October from UC Press.