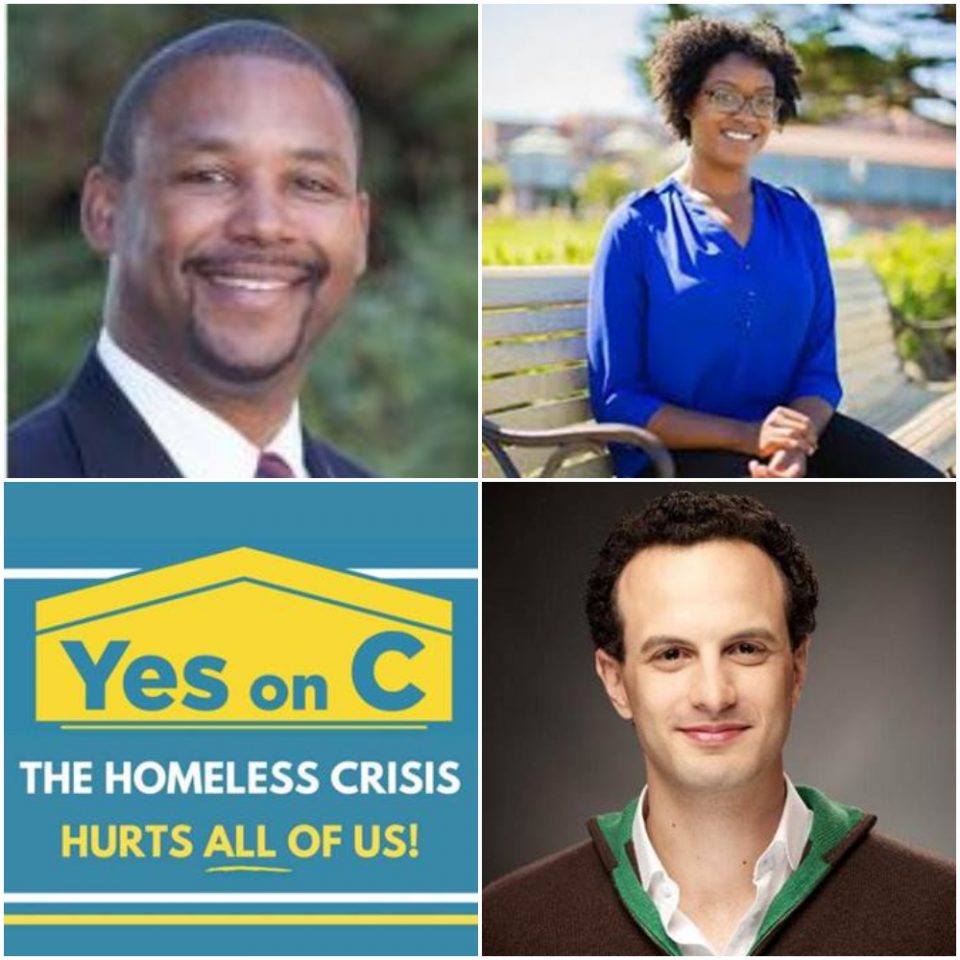 Key Races Remain Up For Grabs

It’s a week before absentee balloting begins, a time when the likely winners of San Francisco elections are usually  clear. Not this year.  The combination of  voters’ atypically high preoccupation with national issues and election fatigue from the mayor’s race has reduced focus on local races.  That means that nearly all of the supervisors races along with the most high profile ballot measure Prop C are still up for grabs.

Here’s my take on the key supervisor races and Prop C.

Since district elections returned in 2000, there has been only one victory that was completely unanticipated on Election Day: Mark Farrell’s win over Janet Reilly in 2010. Reilly was a strong candidate, got most of the key endorsements, yet Farrell won.

I raise the 2010 election because political insiders seem convinced that appointed incumbent Catherine Stefani will easily defeat BART Board member Nicholas Josefowitz. I’m told voters resent Josefowitz because he is wealthy and many believe he is arrogant.

But aren’t those the same criticisms lodged at former D2 supervisor and soon to be Governor Gavin Newsom? And didn’t D2 voters also elect the wealthy Farrell?

Wealth does not appear to be a disqualification for being elected supervisor in D2. I think many voters will see this as a race between a steady, play by the rules incumbent and a challenger who does not hesitate to promote out of the box ideas. One of Josefowitz’s ideas, AB 2923,  has finally forced localities to build housing on BART stations. It was just signed by the Governor.

Stefani has broad and diverse political support. Her endorsers are a who’s who of San Francisco politics, including Mayor Breed, Nancy Pelosi, former Supervisor Farrell, Aaron Peskin, Hillary Ronen and Katy Tang. These endorsements make her the favorite. But Josefowitz is running a strong campaign and I would be less surprised by a Josefowitz victory than I was by Farrell’s win in 2010.

This became a contested race after Supervisor Katy Tang unexpectedly resigned. If her goal were to give her aide, Jessica Ho, clear front runner status the surprising action worked. Ho faces longtime labor activist Gordon Mar and teacher Trevor McNeil. Mar has a history of supporting progressive struggles and is helped by positive name recognition associated with his brother Eric’s two terms as D1 supervisor. McNeil is very popular among YIMBYs but district insiders feel there is no way D4 is electing a non-Asian-American.

Can Mar pull an upset?  Ho’s short tenure in San Francisco and her lack of name recognition with voters makes her vulnerable but it would take a disproportionately progressive voter turnout in that district for Mar to prevail.  What could likely to swing the election to Ho is that D4’s most popular politicians —Carmen Chu, Katy Tang, and Mayor London Breed who did well out there—have all endorsed her.

I’ve written multiple articles about D6 as I work in the district and know it best. My most recent August 28 story, “Will Mayor Breed Endorsement Shift D6 Race?,” argued that Breed’s endorsement injected new energy into the Sonja Trauss and Christine Johnson campaigns.

That has proved an understatement.

Johnson’s campaign has finally hit high gear. Trauss has always had visible field and social media campaigns but both have grown. Meanwhile, longtime frontrunner Matt Haney continues to work as hard as any candidate but is not raising money at the pace he did earlier.

Can Trauss or Johnson, running as a team, overtake Haney?  Predicting is difficult due to the uncertainty over the D6 voting electorate. District boundaries and constituents have radically changed since the last contested race in 2010. A lot of stereotypes about SOMA voting—-that its many newcomers to the city don’t vote in local elections or do not vote at all—-may no longer be correct.

D6 turnout could be higher than normal because of local voters getting caught up in the the national focus on Democrats flipping the House. But voter focus on national politics could also mean that a lot of activist energy is being diverted outside San Francisco, which could result in a lower turnout.

A new poll was taken last week and results should be known this week. I would be surprised if the results differed from the regular reports I am getting that there are still being a lot of D6 voters who either do not know the candidates or remain undecided.

The D6 race looks like it is going down to the wire. The candidate that can mobilize the strongest field campaign between now and Election Day will likely win.

Theo Ellington, Tony Kelly and Shamman Walton are running for termed-out Supervisor Malia Cohen’s seat. This race has similarities to Cohen’s 2010 race in that much of the majority white left (such as SF Berniecrats, Our Revolution, the Harvey Milk LGBTQ Democratic Club) has endorsed Kelly over African American rivals for a seat representing the city’s largest African American district. In 2010 the San Francisco Bay Guardian (then still in print form) put Kelly on the cover of its endorsement issue. It backed him against Cohen and other African American candidates.

African Americans went big for Cohen and in 2018 and go overwhelmingly for Walton or Ellington. Shamman Walton has a demonstrated record of community service and remarkably broad support. He is the only candidate in 2018 who is a strong favorite in their race..

Prop C: Our City, Our Home

The Yes on Prop C campaign is the best run San Francisco initiative campaign that I have seen in years. It has effectively used parody and humor against its opponents, dominated social media, and thus far prevented Prop C from being overwhelmed by its big money opposition.

In the big picture, a San Francisco measure to tax wealthy corporations to address the city’s longstanding homeless problem would seem like an easy “Yes” vote.  But effective opposition campaigns have a way of getting voters to look away from the big picture to weaknesses in the initiative. The No on C campaign thought it had a winning line claiming that Prop C “destroys middle class jobs,” but last week’s Controller statement killed that argument.

Yes on C is using a strategy that tenants used in the 1992 Prop H campaign and that I recommend in my book, The Activist’s Handbook: nationalizing local initiatives. We connected No on H to George Bush and the Republican Party; Yes on C is connecting the corporations it taxes to the huge (and unpopular in San Francisco) windfalls from the Trump tax cut.

I recognize that the big money “No” campaign has yet to hit mailboxes and airwaves, but it may be too late. I see Prop C weathering the storm and heading to victory. And as someone whose organization has endorsed the measure,  Prop C’s roughly doubling spending on homelessness will clearly make a visible difference in the city.

Randy Shaw is Editor of Beyond Chron and the author of the upcoming, Generation Priced Out: Who Gets to Live in the New Urban America, which is out in mid-October and can now be pre-ordered at 33% off the cover price.